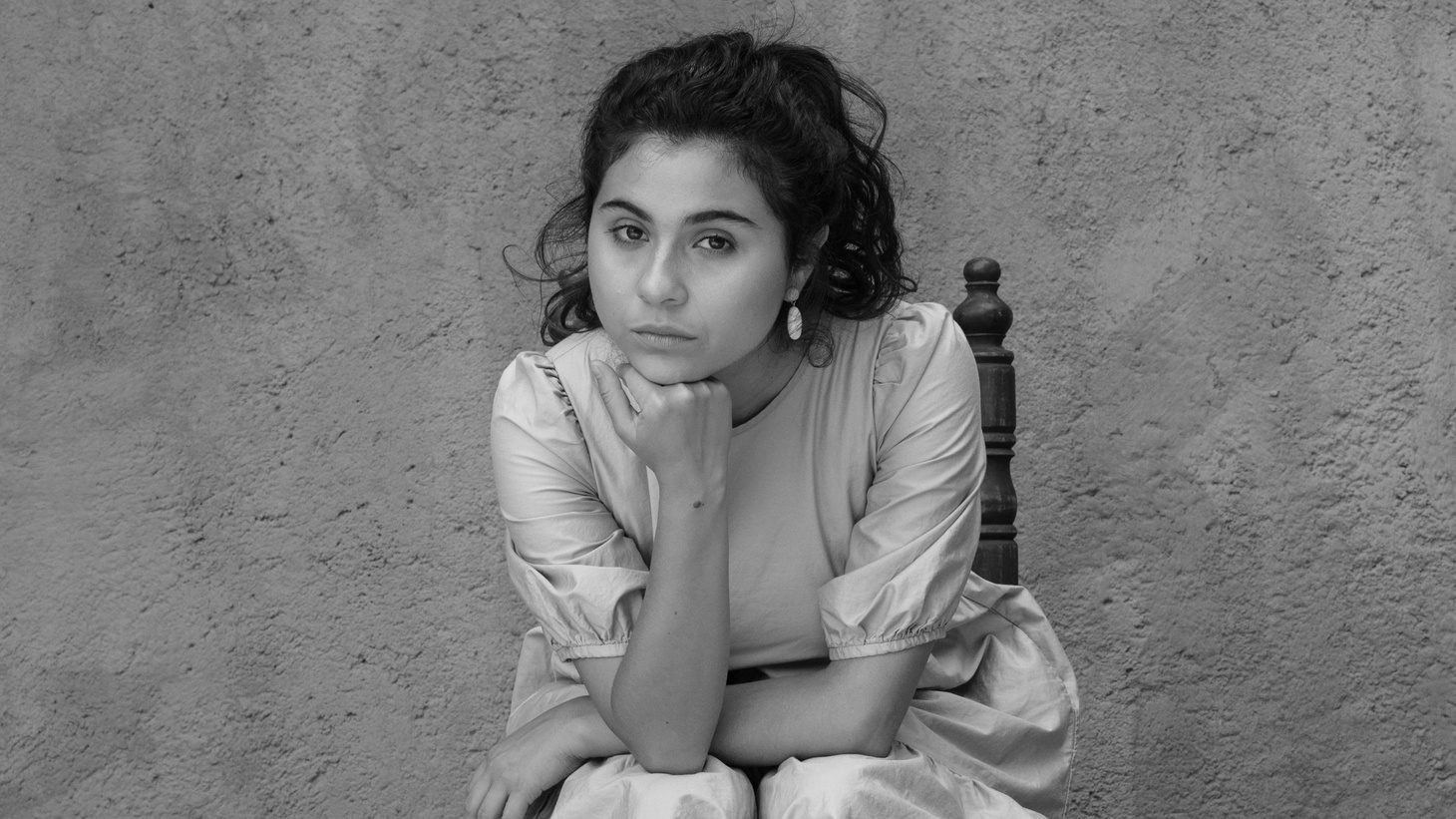 “I travel so much that it's almost like I'm hiding from something. And it's that feeling of, ‘Who's gonna save me [from] this loneliness?’” says Silvana Estrada about her song “Lo Sagrado.” Photo credit: Sol Talamantes/Silvana Estrada.

Mexican singer-songwriter Silvana Estrada wrote her latest album, “Marchita,” after a painful breakup, building on the folk sounds of Latin America, including her home state of Veracruz. The 24-year-old began releasing music five years ago and just wrapped up her first U.S. tour.

Estrada grew up playing violin and viola, and picked up the Venezuelan cuatro as a teenager. She was influenced by her parents, who were both musicians and luthiers (people who make and fix string instruments).

“My parents were all about the violin. And they built instruments for me. That's a lot of pressure when your parents [make] a double bass and a cello and violin and viola just for you,” Estrada tells KCRW. “At some point, I was like, ‘Okay, guys, I don't want this. I want to do songs. I just started singing, and then the cuatro came to my life when I needed it the most.”

She also grew up listening to staples of American jazz, including Miles Davis, Sarah Vaughan, and Chet Baker. As a student, she attended Tonica, a jazz festival and seminar in Guadalajara, where she met American guitarist Charlie Hunter. He hosted a seminar and asked students to present their own music. Initially, Estrada was hesitant to play an original track.

“I didn’t want to present a boring standard,” Estrada says. “For me, it was like, ‘No, [his] music is so complicated. I cannot just stand here and present my really, really, simple music.’ My friends convinced me, and the next day, I presented Charlie [with] my music and he was like, ‘Dude, this is amazing. I love this.’”

At the end of the seminar, Hunter texted Estrada and told her they should record an album together. He traveled to her hometown of Coatepec and they collaborated on what would become “Lo Sagrado,” Estrada’s debut album in 2017.

Estrada says its title track encapsulates the feeling of loneliness while traveling.

“I travel so much that it's almost like I'm hiding from something. And it's that feeling of, ‘Who's gonna save me [from] this loneliness that you can actually get when you're traveling so much?’” she explains. “It's that idea of being lonely, but never actually being somewhere enough to actually be with somebody.”

The theme of loneliness continues in Estrada’s latest album, where she sings about homesickness in “Casa.”

“It's a song I did for my parents because I miss them so much. And being far from home and actually knowing that everything is changing, but I'm not there to actually see how it’s changing, how my parents are getting older, how my garden [and the] river is [sic] changing.”

To better convey the sense of home, Estrada recorded what reminded her of her parent’s house, like the sizzling of food cooking, and the melody of piano keys being hit.

“It was like a fascicle construction of the house. At the end, all these sounds became this beautiful arrangement for a quartet of strings. And that makes a lot of sense. Because I grew up in a family of luthiers … [so] it was so important to me to also have that type of instrumentation. I'm trying to honor where I come from.”

The bravery to sing loudly

In much of her music, Estrada says she makes a conscious decision to raise her voice during the emotional climax of a song. She references classic Latin American folk music, where artists didn’t have access to microphones. Instead, they were forced to sing loudly to be heard.

“In my hometown, you can be singing and dancing, and then you can have 20 people playing around because it's a party, so everybody brings their own instruments. And everybody's like, ‘You need to sing loudly enough to be heard.’ So I wanted to keep that energy and that power all along the album — the power that you can have in your own voice.”

She adds, “I really like to talk about folklore because the act of singing in those environments, with a lot of guitar, a lot of men, a lot of male energy — it takes so much braveness and strength. I really wanted to defend that in this album.”

The enigmatic, LA-born TV psychic Miss Cleo is the subject of a new HBO documentary. She was the face of an infomercial empire known as the Psychic Readers Network.

Hosting a cocktail party this holiday? Get tips from Paul Feig

Filmmaker Paul Feig (“Bridesmaids”) became a mixologist during the pandemic, and he’s out with a new book called “Cocktail Time!: The Ultimate Guide to Grown-Up Fun.”