LA businesses struggle as national program to help them dries up Lawrence Ross (second from the left) and fellow co-founders stand outside the Metaphor Club, a co-working space in Leimert Park. He says business was thriving before COVID-19. Photo courtesy of Lawrence Gilliam.

Government officials announced today that the small business relief fund — some $349 billion — is now out of money and won’t accept new applications. Congress is deadlocked on plans to extend the Paycheck Protection Program (PPP), which has been plagued by problems since it launched two weeks ago (April 3).

We talk about this with two local business owners.

Lawrence Ross is a co-owner of The Metaphor Club, a co-working space in Leimert Park.

He says before they closed their doors, the business was thriving. “We were open from like 9 a.m. to 10 p.m., and we had people waiting in the parking lot to come in at 9:00 a.m., and at 10, they’d close us out. ... We'd have screenwriters come in, folks studying for the MCAT. Other people, like entrepreneurs, would be coming in. So it was very, very vivacious.”

Then Ross and his three other co-owners applied for the PP. However, he says all four of them work the majority of hours at The Metaphor Club, so that didn’t translate into major financial relief from the government.

He says, “When we actually calculated what we are eligible for, it was like a pittance.” 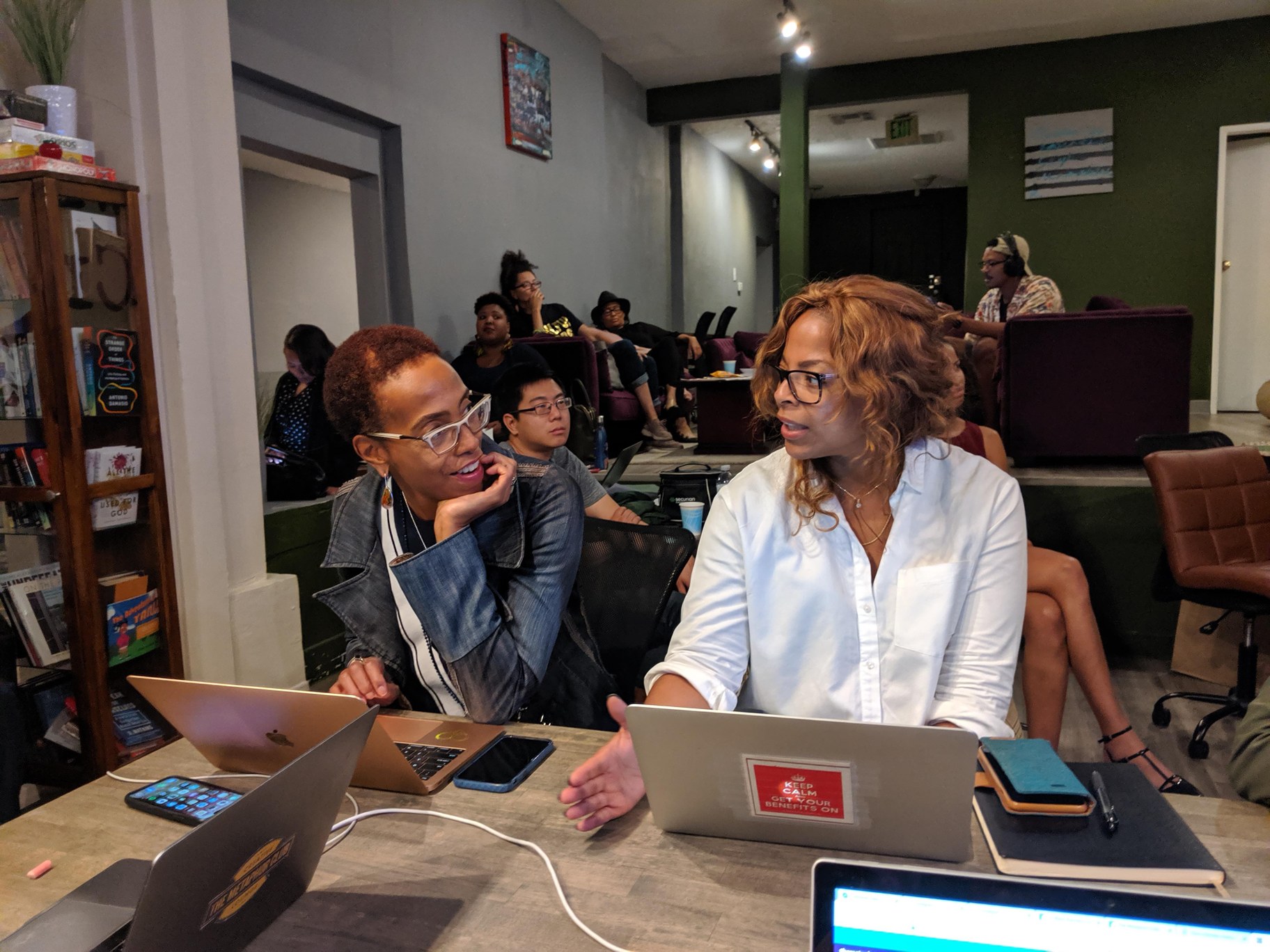 Before the Metaphor Club had to shut down, people from various industries came in to share the working space. Photo courtesy of Lawrence Gilliam.

Stories Books & Cafe in Echo Park had to close too.

Co-owner Alex Maslansky describes his independent book show: “We're sort of like the quintessential third place. You know, that's neither work nor home, but it’s the third place one can go to relax and be productive. So we're like Echo Park’s default town square. It was always crowded and alive with energy.”

He adds that business will be tough when stay-at-home orders are lifted. “It's hard to imagine that we'll be able to continue in the same spirit with the same momentum, with the same resources we had before. It's going to be crippling in many ways.”

—Written and produced by Rosalie Atkinson

LA businesses struggle as national program to help them dries up

Government officials announced today that the small business relief fund — some $349 billion — is now out of money and won’t accept new applications. We talk about this with...

President Trump is trying to rally support to reopen the country.

While President Trump tries to rally support for plans to reopen the government next month, some of the states he points to as success stories are seeing a spike in...

Our critics review “The Quarry,” about a man who murders a preacher and then becomes the new leader of a small-town church; “The Booksellers,” a documentary about the world...