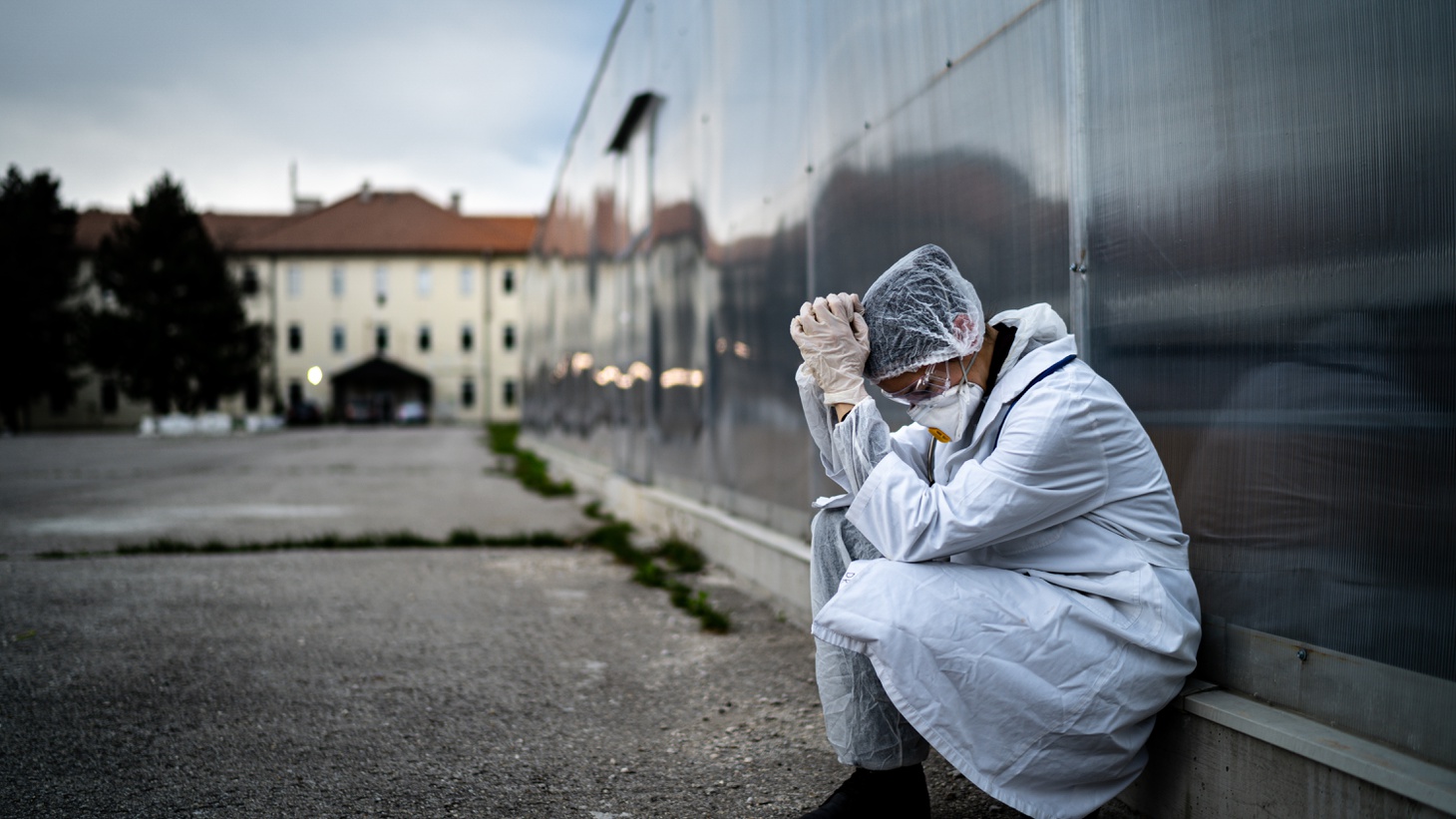 "We're seeing our health care systems in this country stretch unlike any time in modern history. They're not just bending anymore. They're breaking because of the increased patient load that's coming with COVID,” says Michael Osterholm, director of the Center for Infectious Disease Research and Policy at the University of Minnesota. Photo by Shutterstock.

Some of the nation’s top epidemiologists say this superwave shows that COVID is here to stay. That includes Michael Osterholm, the head of the Center for Infectious Disease Research and Policy at the University of Minnesota. He’s also a former advisor to President Biden’s pandemic response.

He says that early on, he could tell that COVID was a long-term issue. Comparing it to other pathogens such as HIV and influenza, he explains, “Once they're established in humans, it's very difficult to imagine how you ever get them out.”

He continues, “Will we always be in a pandemic state, this idea of a global outbreak? … The point we're talking about is: How do we get to the new normal, where we begin to live with this virus, and we live with it in a very different way than we have the last two years?”

Another highly contagious variant may emerge, but new technologies can develop longer-lasting protections, he predicts.

The current dominant variant, Omicron, stands out because it’s affecting all Americans nationwide, he explains. “The attack rate, the percentage of people who are getting infected, is exceedingly high. It is at least 10% virtually everywhere. … By the time this surge of the next three to four weeks is over, we're going to see anywhere from 20 to 40% of the entire population will have been infected.”

Meanwhile, winter break is over for schools, so what are his safety recommendations for students, staff, and parents?

“We have to stop saying schools are safe. Safe is a relative term, implying no risk. … We have a number of school-based outbreaks already in the country, just in the last three weeks that have occurred with Omicron,” he says. “So it's not like you can say the schools are perfectly safe. But having said that, it's not safe to be at home either. Kids are going to get infected wherever they're at. And so one of the things we want to do is try to limit that.”

Osterholm adds that at least a quarter of hospital staff are infected, which is straining the health care system even more. They’re dealing with not only COVID patients, but people with heart conditions, strokes, or have been in severe accidents.

“We're seeing our health care systems in this country stretch unlike any time in modern history. They're not just bending anymore. They're breaking because of the increased patient load that's coming with COVID,” Osterholm stresses.