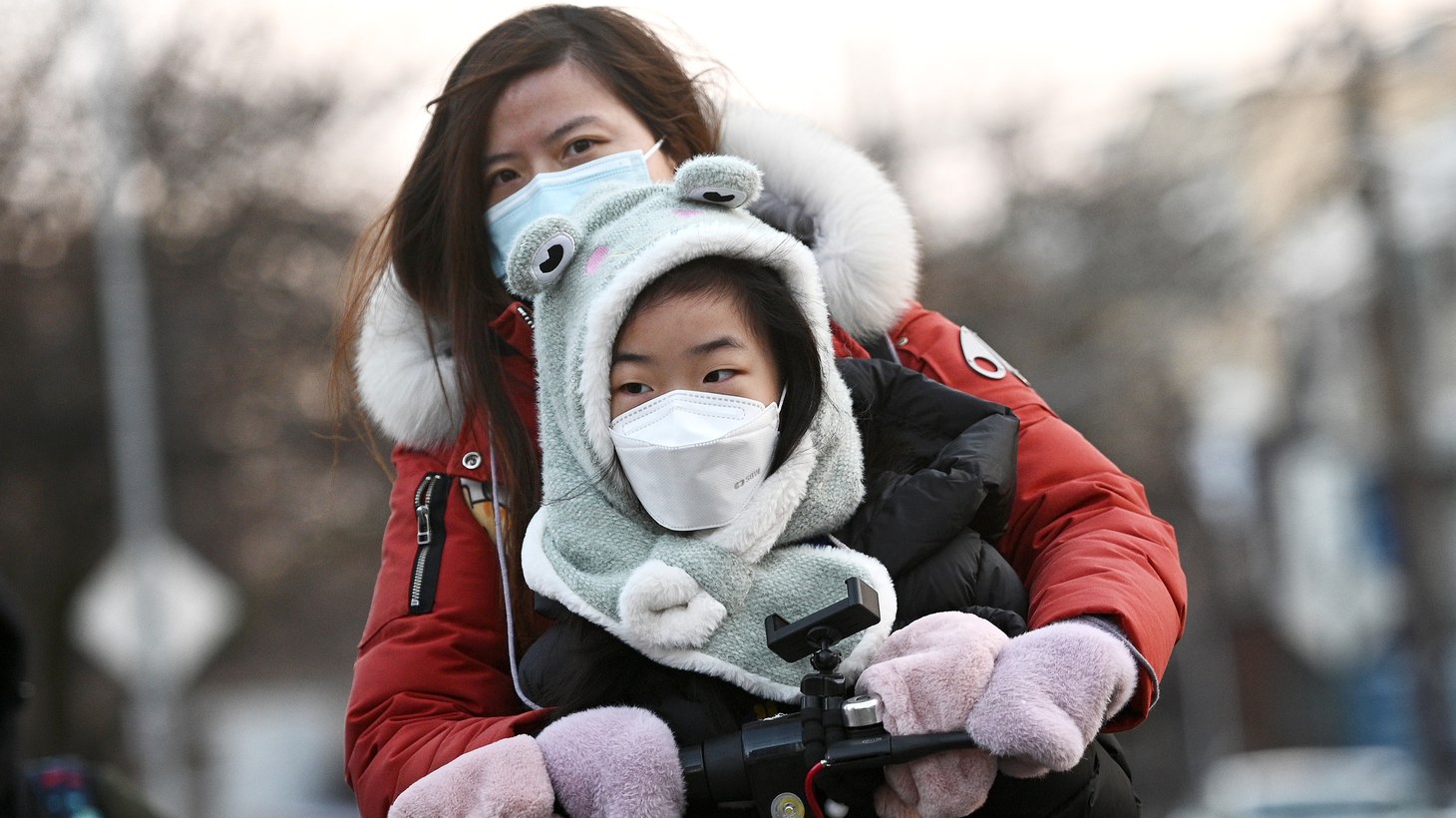 A child wears a mask while being accompanied to school on a scooter in Queens, NY, February 8, 2022. New Jersey Gov. Phil Murphy said he will rescind the mask mandate for students and teachers on March 7. Pressure mounts for NY Gov. Kathy Hochul to do the same, as daily positivity rates in New York City schools fall below 1%. Photo by Anthony Behar/Sipa USA.

CDC director Rochelle Walensky is urging Americans to keep wearing their masks, as the U.S. continues to average more than 230,000 new COVID cases and 2,000 deaths daily. The advice comes as officials in multiple Democratic states announced they are loosening mask requirements in the coming days, and a sub-variant of Omicron begins to emerge. Research from Denmark suggests it’s even more contagious and spreads faster than its viral counterpart.

The new variant is called BA.2 and has 17 additional mutations not found in the original Omicron variant, says Dr. Eric Feigl-Ding, an epidemiologist and senior fellow at the Federation of American Scientists. He predicts it will become the dominant variant by March.

“It's not just that it has more mutations, but it's spreading … about one and a half times faster. … We are seeing a much longer surge in countries like Denmark. … In the U.S., BA.2 in one week has gone from 1% to 3%. And it's doubling every week in the U.K. as well,” Feigl-Ding tells KCRW.

He notes that COVID rates might plateau after the massive surge that‘s overtaken the U.S., but as seen in the past, cases might shoot up again after BA.2 has a firm grip.

Although vaccines provide some protection against the new variant, Feigl-Ding says it’s not enough because vaccine efficacy after two shots sits around 10-15%. People who have been boosted have 70% protection, he adds.

“Our vaccines were designed for the original Wuhan virus. It's much less efficacious unless we have the booster. Boosters are really important, but just not enough people are getting it. And kids aren't getting boosters, and only a quarter of our kids are even fully vaccinated.”

It’s possible to detect BA.2 cases via PCR testing, but Feigl-Ding says it requires extra sequencing to find it. As a result, epidemiologists aren’t getting results for about two weeks, which means it can be hard to track the variant.

There is some good news: People infected with Omicron appear to have some protection from the new variant. However, that immunity is not perfect.

“I think the half of our country that's not vaccinated and not boosted, especially not boosted, [is] going to have potentially another reinfection if they encounter this. This is why boosting right now is so important,” Feigl-Ding says. “Epidemiologists see on the horizon that this thing is outpacing and it's going to catch up with us.”

He adds, “So far in the pandemic, everything we've been doing is always sandbagging after the flood dries. Always boarding up the windows when the hurricane eye is only one mile offshore. We have to act much faster than that and prepare. Not just shaking our heads and shrugging our shoulders [saying], ‘Oh, gee. We could have never predicted this. How didn’t we know this was coming?’ Well, we do see it's coming. And that's why we're trying to warn.”

Omicron subvariant BA.2 is emerging. Should you be concerned?

A new Omicron variant is emerging while some Democratic states are rolling back COVID rules. The CDC is urging Americans to keep wearing masks.

Sunday’s Super Bowl takes place at the $5 billion SoFi Stadium. KCRW learns what makes the venue unique, and the design choices architects made while building it.

Black-owned coffee roasters and cafes go beyond the beans to create welcoming neighborhood spaces that act as cultural hubs and remedy underrepresentation.

Critics review new movie releases: “I Want You Back,” “Marry Me,” “Kimi,” “Blacklight.”