Nicole Beharie (left) as Turquoise and Alexis Chikaeze (right) as Kai in the drama,“Miss Juneteenth.” Photo courtesy of Vertical Entertainment.

Friday marks Juneteenth, also known as “Freedom Day.” It commemorates the announcement of the abolition of slavery in Texas — two years after the Emancipation Proclamation was signed. The holiday is remembered in celebrations, prayer services, and even pageants.

The Miss Juneteenth pageant takes place every year for young Black women in Texas to compete for a scholarship to a historically Black college or university.

It’s also the focus of a new film by Channing Godfrey Peoples. Peoples grew up watching the pageant, and her directorial debut is a coming-of-age story for a former Miss Juneteenth, now a single mother trying to get her daughter to participate in the pageant.

KCRW: Tell us about the real Miss Juneteenth pageant. You grew up going to it. What was it like?

Channing Godfrey Peoples: “It was an annual event for me. It was parades, it was blues music, it was barbecue. … It was just this visceral, real event that was just filled with Black folks who were just communing, and commemorating this event that happened in Texas with our ancestors.

… What was so special to me was the Miss Juneteenth pageant. That’s because as a young Black girl at that time, I got to see a stage full of young African American women with smiles on their faces who … looked like they were so hopeful and had so much joy. And you got to see all their beauty and talent and intelligence, and it's just something that stayed with me.”

Did you ever compete in the pageant?

“I didn't, and shame on me. Because I'm obviously nostalgic, and made a movie about it all this time later. But it was definitely a big part of my formative years.” 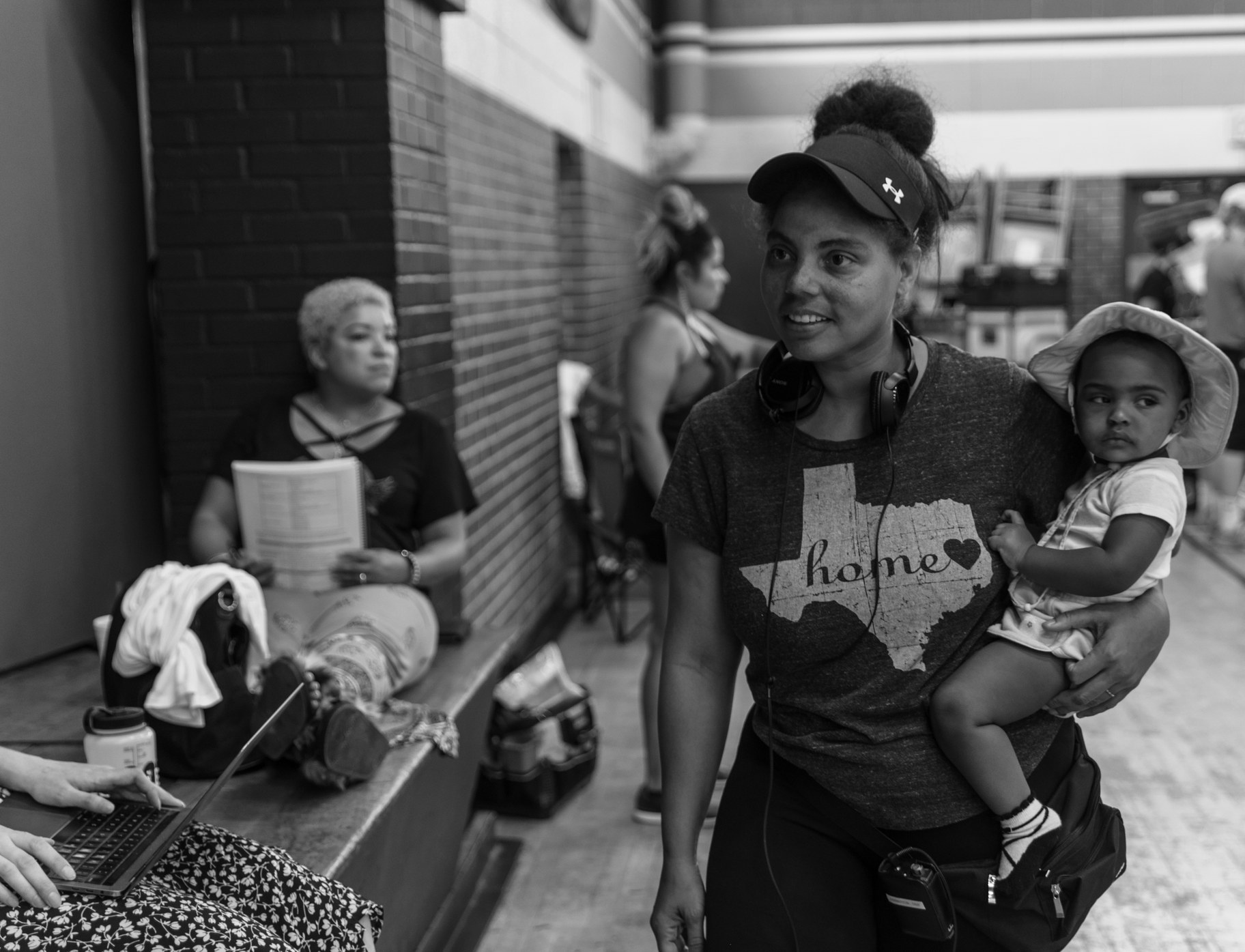 The main character is a young single mother named Turquoise who was a former Miss Juneteenth. She’s pushing for her daughter to become Miss Juneteenth too. How did you come up with the idea?

“One of the things that always stuck with me — and especially as an adult — I would think back to the Miss Juneteenth pageant, and I would think what happened to some of those women? Some of them I knew, because even though I've gone off to film school in Los Angeles at USC and other places, I always end up coming back. Like my stories always bring me back to Texas in some way.

… It led me to want to tell a story about a Black woman with this dream deferred. And as I continued to write and continue to refine the story, I realized that I really wanted to tell a story about this woman that knows that she wants something for herself, even if she doesn't quite know what that is. And really the focus of that is that she wants her child to have a better life.”

She ultimately has to give up her dream of becoming Miss Juneteenth. Is that something you’ve seen? Or is it a big ticket out and a way up the social ladder?

“The movie also states they often go on to great things, but this is just one particular woman's story. I also felt for myself and for women in my life because so much of Turquoise is me. But it's also my mother, my aunt, my grandmother. And often there was a story in my life and in their lives about a dream that they had to reimagine.”

“Turquoise wins the scholarship. Her upbringing has been somewhat difficult. And for her, that was her ticket out of that difficult upbringing. It was to go out, get this scholarship, and go off to college, and be living in a new world.

What she discovers is she ends up back home. And it's the complete opposite of some of the dreams and hopes that she had for herself, and that was to be this shining star in the community. But what we discover in the film is she finds a new way to dream about that.”

She doesn't seem embittered. There's something beautiful about her decision to plant her flag in her community and appreciate her community.

“That's who Turquoise is as a character, and that’s who I saw in many of the women in my life. They may have been through circumstances, but they weren't weighed down by those circumstances. No matter what, they still found a way to carry themselves with grace and dignity.

It's also symptomatic of the community in which we shot the film. I shot in my hometown of Fort Worth, Texas, on the southside of Fort Worth, which at one time was a bustling community for African American folks.

And today, it's being gentrified, and the holdovers are hanging over to what they have. The bar that's central to the film is a bar that feels like it's been there forever. And it's a communal place. It's where people go for a home away from home. And they all supported and opened their doors for me to make this film.

… I just feel like it's a sense of the people in this community, and especially the women. I feel like Turquoise is representing that they carry themselves with that grace and dignity.” 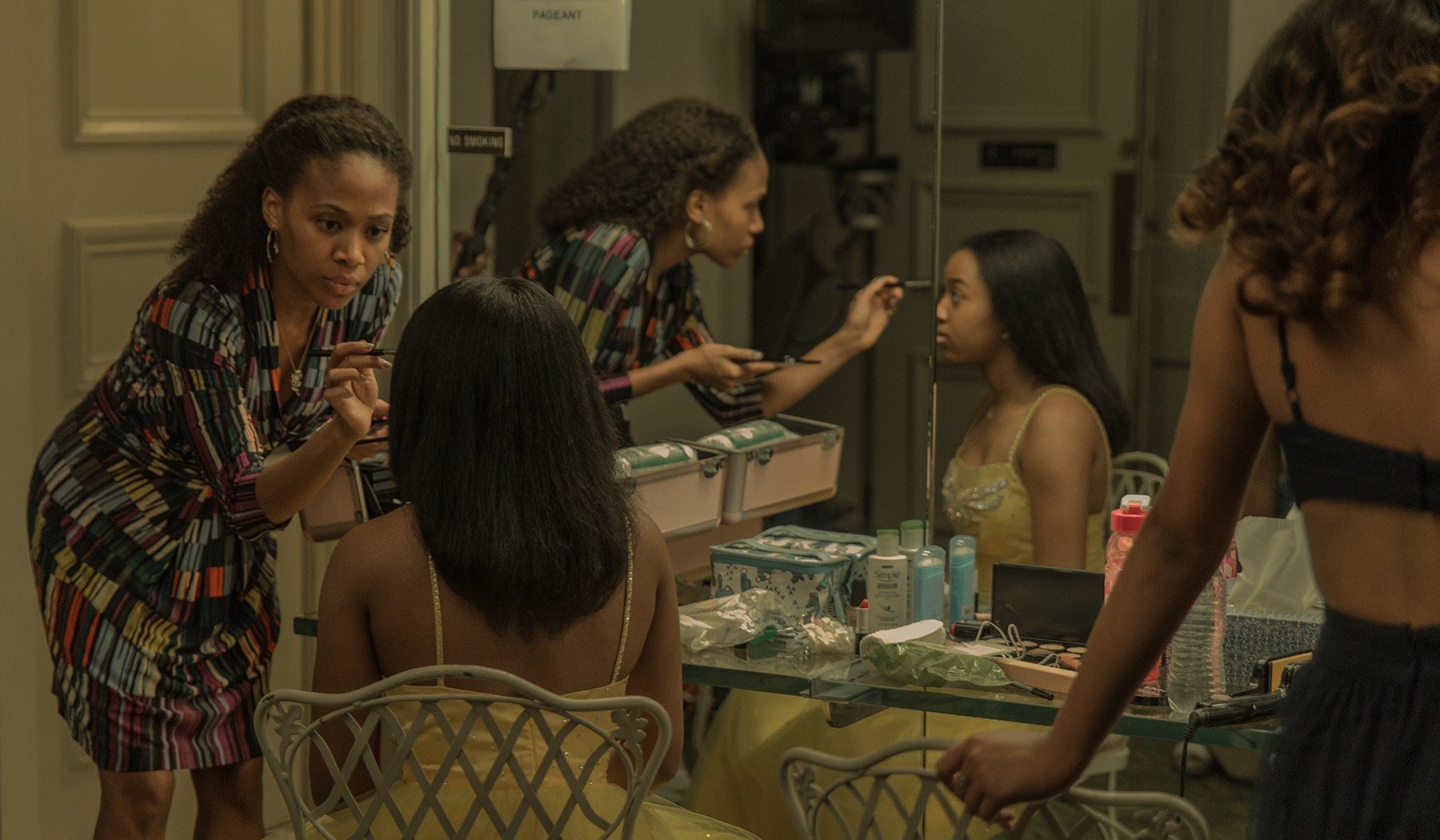 Nicole Beharie (left) as Turquoise and Alexis Chikaeze (right) as Kai in the drama,“Miss Juneteenth.” Photo courtesy of Vertical Entertainment.

Do young women really have to take etiquette classes (to prep for the pageant)?

“Yeah, that is part of the journey. ... There's also an essay component, obviously, a talent component. ... But it's more of a holistic pageant in that the belief is that they are preparing young women for the future.

… A big part of the Miss Juneteenth pageant is that they're aspirational, and they're trying to equip young Black women in ways to navigate in this world that a lot of times isn't supportive of them.”

Turquoise thinks if her daughter continues with the pageant training, then she might avoid other pitfalls that could more easily await her.

“It's protection. She's desperately looking [for] a way for her daughter to have security for her future, no matter what. She sees Miss Juneteeth as this opportunity for [her daughter] to have the future that was in her grasp, and, unfortunately, she felt like went away.”

Juneteenth has become a topic of conversation of late. Did you anticipate today’s events when you made your movie?

“I didn't anticipate it, but we've obviously been here before. It's disheartening in that respect. It's also bittersweet for me. Because while I'm excited that this film is going out in the world — it’s, for a Black person in this country, a difficult time to be navigating all of this tragedy that we're experiencing as a people.

How do you think your film is going to affect young Black women?