“It feels in our day to day life like we don't need cash. And yet there is more cash out there than ever,” says Jacob Goldstein. Photo by Pixabay. Image by PublicDomainPictures from Pixabay

Money isn’t real, but it’s a “useful fiction” that works because people agree to believe in it. That’s according to Jacob Goldstein, co-host of NPR’s Planet Money and author of “Money: The True Story of a Made-Up Thing.”

“The stock market crashed, businesses started to fail. … Prices and wages are falling, your wage is falling, means you have to work more and more every month to pay your debts. People can't do that. It’s the Depression. So more and more people are defaulting on their debts. … The banks are closing. … The way out of that problem is … lowering interest rates, driving prices back up, printing more money,” he explains.

However, the gold standard was meant so more money could not be printed. Goldstein continues, “So [President Franklin D.] Roosevelt more or less said, ‘Well, sure, we can print more money, we can just change the rules, it doesn't always have to be that $20 buys you an ounce of gold. What if we just changed it?’ And his advisors were like, ‘No, that's going to be the end of Western civilization.’ … He did it anyways. And he was right. … Going off the gold standard obviously didn't end the Depression, but it was the essential turning point, it was the moment things started to get better.”

So Americans went back to paper. There was no more backing of gold. Money became more abstract. 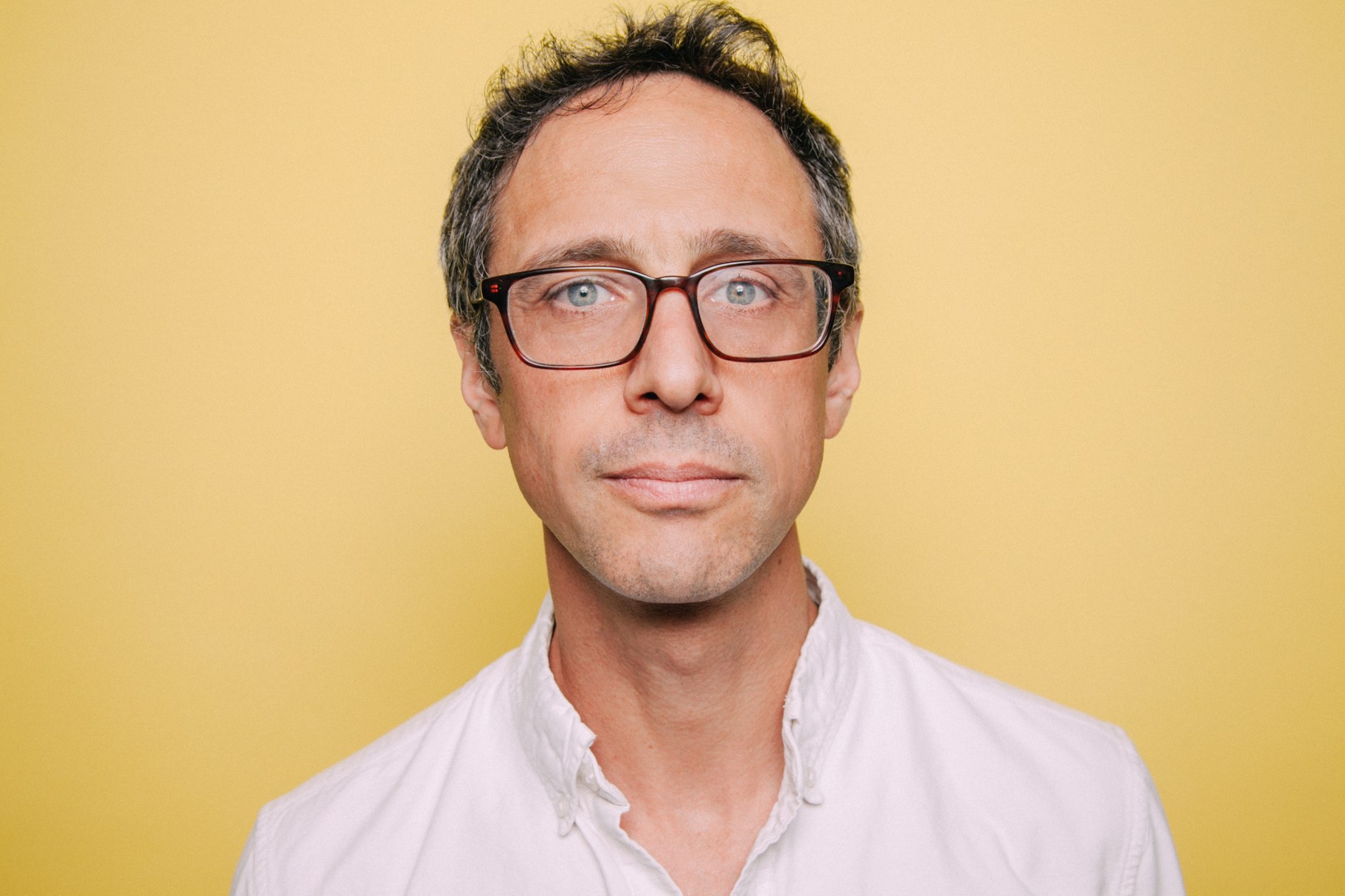 Jacob Goldstein says the U.S. getting off the gold standard didn’t end the Great Depression, but it was when the economy started improving. Photo by Sandy Honig/NPR

Now in this digital economy, people rarely handle cash. Does this mean we will abolish money — at least the physical manifestation of it?

“There is this interesting split, where it feels in our day to day life like we don't need cash. And yet there is more cash out there than ever,” Goldstein notes.

Outside the U.S., many people use paper money as wealth. “If you live in a country where the banks are unreliable, where your national currency is unreliable, you put $100 bills in your drawer. That is your savings. Another thing pretty clearly people are doing with $100 bills is crime. $100 bills are great for committing crimes, if you want to move around lots of money and have nobody know.”

So what about Bitcoin? Is this the future of money? Goldstein doesn’t think so. “There was this whole history of trying to figure out an anonymous digital currency where you didn't need an intermediary, that could just exist out in the world. And Bitcoin basically did it. It solved a lot of problems. But you know, the point of Bitcoin is to exist without the government. And the government is so central to money in the modern world that it's hard to imagine the government letting that go.”

Goldstein says what’s clear is that money will keep changing. “We don't know what's going to happen, and it could be Bitcoin or it could be something we don't even know. But I would be surprised if in 100 years, it still works the same way it works now.” 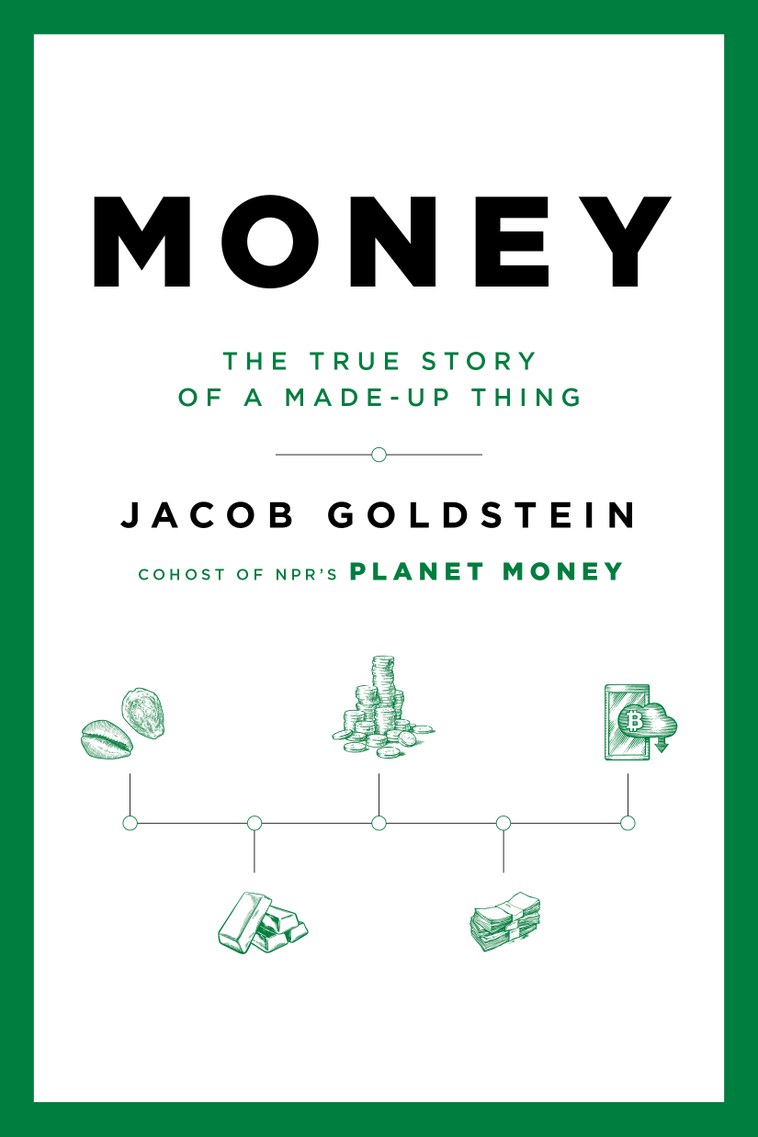 Excerpted from “Money: The True Story of a Made-Up Thing” by Jacob Goldstein.

The Origin of Money

Around 1860, a French singer named Mademoiselle Zelie went on a world tour with her brother and two other singers. At a stop at a small island in the South Pacific, where most people didn’t use money, the singers agreed to sell tickets in exchange for whatever goods the islanders could provide.

“What to do with these proceeds?”

If she were at the market in Paris, Zelie told her aunt, she could sell everything for 4,000 francs. A nice haul! “But here, how to resell this, how to cash in all this? The fact is that it is quite difficult to hope to find money from buyers who themselves have paid in pumpkins and coconuts for the pleasure of listening to us. . . .

“I am told that a speculator from a nearby island . . . will arrive tomorrow to make cash offers to me and my comrades. In the meantime, to keep our pigs alive, we feed them the pumpkins while the turkeys and chickens eat the bananas and oranges.”

In 1864, Zelie’s letter was published as a footnote in a French book on the history of money. The British economist William Jevons loved the footnote so much that a decade later he used it to open his own book, Money and the Mechanism of Exchange. The moral of the story, for Jevons: barter sucks.

The trouble with barter, Jevons said, was that it required a “double coincidence” of wants. Not only did the islanders have to want what Mademoiselle Zelie offered (a concert); Zelie had to want what the islanders offered (pigs, chickens, coconuts). Human societies solved that problem, Jevons said, by agreeing on some relatively durable, relatively scarce thing to use as a token of value. We solved the problem of barter by inventing money.

Adam Smith had said the same thing a hundred years earlier, and Aristotle had said something similar a few thousand years before that. This theory—that money emerged from barter—is elegant and powerful and intuitive, but it suffers from one key weakness: there’s no evidence that it’s true. “No example of a barter economy, pure and simple, has ever been described, let alone the emergence from it of money,” the anthropologist Caroline Humphrey wrote in 1985, summarizing what anthropologists and historians had been pointing out for decades.

The barter story reduces money to something cold and simple and objective: a tool for impersonal exchange. In fact, money is something much deeper and more complex.

People in pre-​money societies were largely self-​sufficient. They killed or grew or found their food, and they made their own stuff. There was some trade, but often it was part of formal rituals with strict norms of giving and getting. Money arose from these formal rituals at least as much as it did from barter.

In the case of Mademoiselle Zelie, the local custom where she visited would have been to take the pigs and turkeys and coconuts and bananas, and throw a feast for everybody. This would have given her status—like the status people get today for paying for a new hospital wing or university library. The guests at the feast would likely have been obliged in turn to throw a feast for Zelie. Entire economies were built on this kind of reciprocity.

On the northwest coast of North America, for example, at festivals called potlatch, Native American people spent days hanging out, making speeches, dancing, and giving stuff to each other. Gift giving was a power move, like insisting on paying the check at a restaurant. Before the Europeans arrived, high-​status people gave furs and canoes. By the twentieth century, they were giving sewing machines and motorcycles. This wanton generosity freaked out the Canadians so much that the government made the practice illegal. People went to prison for giving stuff to each other.

Lots of cultures had precise rules about what you had to give somebody if you wanted to marry their child, or if you had killed their spouse. In many places, you had to give cattle; in other places it was cowrie shells. In Fiji it was sperm whales] teeth, and among Germanic tribes in Northern Europe it was rings made of gold, silver, or bronze. (Those tribes even had a specific word—wergild, “man payment”— for a payment to resolve a murder.) Rules for ritual sacrifice were often similarly explicit. In Vanuatu, a group of islands in the South Pacific, only certain pigs with especially big tusks could be sacrificed.

Once you know that anybody who is going to get married needs a string of cowrie shells, or that everybody who is going to attend the ritual sacrifice needs a long-​tusked pig, you have an incentive to accumulate these things—even if you have no immediate need for them. Someone is going to need them soon enough. These objects become a way to store value over time. They are not quite money as we know it, but proto-​money; they are money-​adjacent. In Vanuatu, an elaborate web of borrowing and lending long-​tusked pigs developed. Interest was based on the rate at which the tusks grew. An anthropologist reported that “a high proportion of the disputes and murders [were] over the payment or non-​payment of pig debts.”

Money isn’t just some accounting device that makes exchange and saving more convenient. It’s a deep part of the social fabric, bound up with blood and lust. No wonder we get so worked up over it.