Health authorities reinforce the 2020 vaccination schedule in Santiago, Chile. The Ministry of Health of Chile reported in late September that they green-lit clinical trials of two vaccines against the coronavirus, including one from Chinese company Sinovac. Photo by Rodrigo Balladares/Minsa/Handout/Latin America News Agency

Vaccines commonly contain adjuvants — substances that help fire up people’s immune systems. These adjuvants are sourced from obscure places like the soapbark tree, which only grows in Chile. The tree’s particular adjuvant is an important ingredient in one of the leading COVID-19 vaccines in the U.S. government’s Operation Warp Speed.

Brendan Borrell wrote about this for The Atlantic, and he says the bark of a tree in Chile has a soapy substance that indigenous people use to wash their clothes and hair.

“It turns out that it also has some sort of immune stimulation property. So people started to notice this in the 1950s basically. And they tested it out in veterinary vaccines, but it was super reactive. And that’s sort of the flipside of an adjuvant — is it can cause too strong of an immune response,” he explains. “And so it was never really applied to humans until about 20 years ago when scientists started looking for individual compounds that were the optimal level of stimulation. And they came up with one, and that one eventually got approved in the shingles vaccine, which is incredibly effective.” 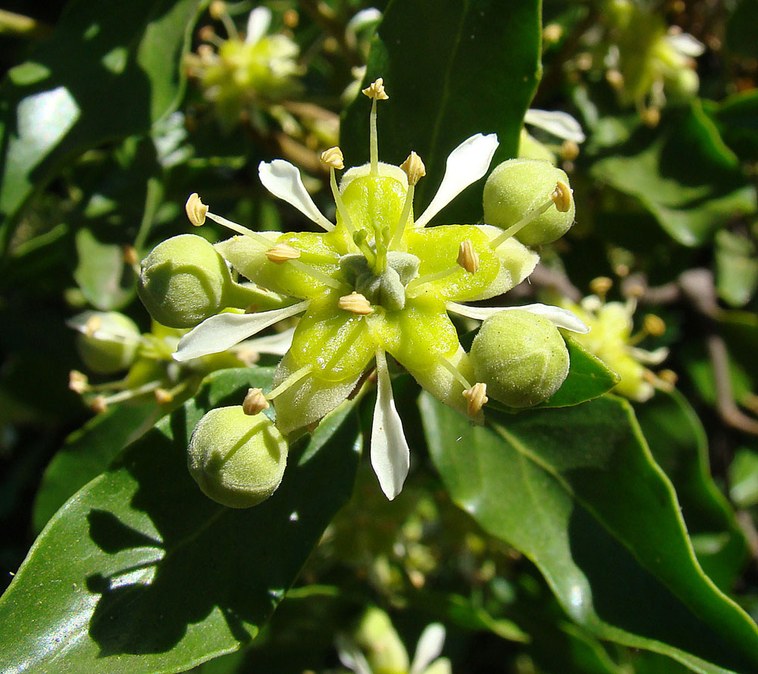 The flower of the Chilean soapbark tree, known locally as Quillay. Photo by Dick Culbert (CC BY 2.0)

Ricardo San Martin, a researcher who helped develop the soapbark industry in Chile, says this tree is native to Chile but can also grow in California. You can find it around Berkeley, Santa Barbara, San Diego. However, he notes that no one is growing this tree for commercial purposes.

Borrell notes that trees have different levels of this compound. “In Chile … are there enough of the trees that have that high level of compound that you can commercially extract it? And then the other thing is that the main company that’s obtaining this compound … can they ramp up the harvest and extraction that’s fast enough to meet the needs of a worldwide vaccine?”

The company Novavax is using this particular Chilean adjuvant for its vaccine, which could be better than other vaccine candidates for global distribution because it only needs to be refrigerated when transported. In comparison, companies Pfizer and Moderna must store their vaccines at -20 to -80 degrees.

Borrell says subzero freezers are difficult to come by in rural areas and/or poor countries. “And so many people see Novavax’s vaccine as this is the vaccine that’s going to save the world, this is the one that you can store at refrigerator temperatures. … The Novavax vaccine might be more broadly distributed.”

Data from phase three trials are yet to be released, but Borrell says people are optimistic that by mid November, there will be evidence showing the effectiveness of vaccines.

“And as Dr. [Anthony] Fauci has said … by the middle of next year, most people in the U.S. will be able to get a vaccine if they want one,” he adds.