The board of directors of UC Hastings College of the Law voted this Tuesday to change the institution’s name. Credit: UC Hastings/Public Domain.

UC Hastings College of the Law in San Francisco is California's oldest law school, and its board of directors voted unanimously on Tuesday to change the institution’s name. This comes after news that its namesake and founder, Serranus Hastings, orchestrated the most violent state campaign against Native people in California history, killing nearly 300 members of the Yuki tribe who lived north of present-day San Francisco.

Hastings was one of the wealthiest men in California during the Gold Rush, then became the first chief justice of the California Supreme Court, and attorney general after that.

UC Hastings has also now started various initiatives in collaboration with the Yuki descendants and other tribes from the Round Valley Reservation, the site of the massacres.

The campaign first stemmed from the disappearance of a handful of Hastings’ cattle in Mendocino County. As a result, the caretakers blamed the Yuki tribe who had lived in the area for a millenia. All that is according to Thomas Fuller, San Francisco bureau chief for the New York Times.

“This caretaker went on — there's no other way to describe it than a rampage. And he killed men, women, and children. Months later, another militia that was formed went on another killing spree. And that's where hundreds more Yuki tribespeople were killed,” Fuller tells KCRW.

Although Hastings himself wasn’t on the horsebacks carrying out the slaughter, Fuller says the wealthy man was a mastermind behind the attacks. He adds that the massacres were documented in letters to the then-governor of California.

“They sent letters to the governor. They sent their expenses to the legislature, because the legislature reimbursed them,” Fuller explains. “​​He's [also] pleading to the governor for protection. And so all the documents that we have in these are kept in the California State Archives. The historians have come to the conclusion that it was at his behest that these massacres took place.” 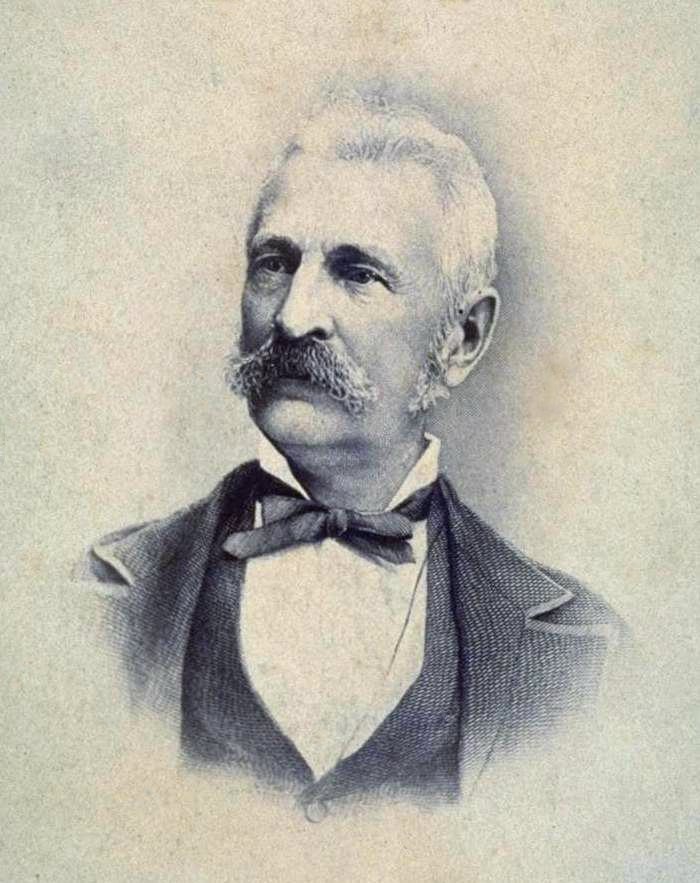 Serranus Clinton Hastings (1813-1893) was one of the wealthiest men in California during the Gold Rush, and he orchestrated a state campaign that killed nearly 300 members of the Yuki tribe who lived north of present-day San Francisco. Credit: Public Domain.

Some California legislators were horrified by the massacres and launched a commission that investigated the situation. They sought depositions from those involved, including Hastings’ employees. These depositions provided details about the murders to today’s historians.

“That legislative committee that looked into this wrote a report. And one thing that really stuck out to me was that they said, ‘These are being called the Mendocino wars. … Let's not dignify the word war. This is a slaughter.’ So even at the time, there was a sense that this was barbaric.”

Fuller adds that Hastings was never punished for the massacres — but a chapter this dark wasn’t uncommon at the time.

Outside of vigilante killings of Indigenous Californians, many campaigns to eliminate tribes were state-financed. “The men who were carrying this out were filing their expenses like some kind of business trip. Filing their expenses for ammunition and travel and salaries. And they were getting reimbursed for killing Natives.”

Since Hastings’ history has come to light, Dean David Faigman, the dean of UC Hastings College of the Law, has made efforts to provide attrition on behalf of the bloody legacy. That includes providing pro-bono legal work for the Round Valley tribe, which includes the descendents of those who survived the massacre. But Fuller points out that tribespeople disagree on who should receive aid.

“When you talk to descendants of the Yuki they'll say, ‘We are the ones who should be addressed here, not this larger tribe,’ which is the federally recognized entity. So it's hard. Part of what I learned in reporting this story is that when something happens 160 years ago, and you're trying to address it, it's not easy,” Fuller says.

For the school name change to be official, it’ll take an act of the legislature and the governor.