The animated show “Dr. Katz, Professional Therapist” debuted on Comedy Central in the mid 1990s and ran for six seasons. Each week, actors and standup comics dropped in for therapy with the doctor, played by comedian and actor Jonathan Katz. His receptionist Laura, played by Laura Silverman, was completely insubordinate.

At home, Dr. Katz had his own problems. His adult son Ben, played by actor H. Jon Benjamin, still lived with him and refused to work.

The animated show ended in 2002. There are live versions periodically, with Dr. Katz, his son Ben, and receptionist Laura bringing comedians to the stage for therapy sessions. The latest show streams Sunday on RushTix.com.

The show was built with a particular style of computer animation, known as Squigglevision, which was created by Tom Snyder.

“No one on the show moves. If you look carefully, no one's going anywhere. They're just vibrating. It had to do with drawing the same drawing hundreds of times over. It was based on human error,” Katz says.

For each episode, Katz put together a script with Laura Silverman and screenwriter Bill Braudis, who happened to be his first (fictional) patient. Then they rehearsed without the script and improvised instead. Katz estimates the show was 20% scripted and 80% unscripted.

In retrospect, Katz sometimes wishes he was a therapist in real life.

“Then I remember I'm not that sensitive. … I’m not even a good listener,” he says. “But playing a therapist is the easiest role to play for anyone who’s an actor. All you have to know is the phrase, ‘And that makes you feel?’” 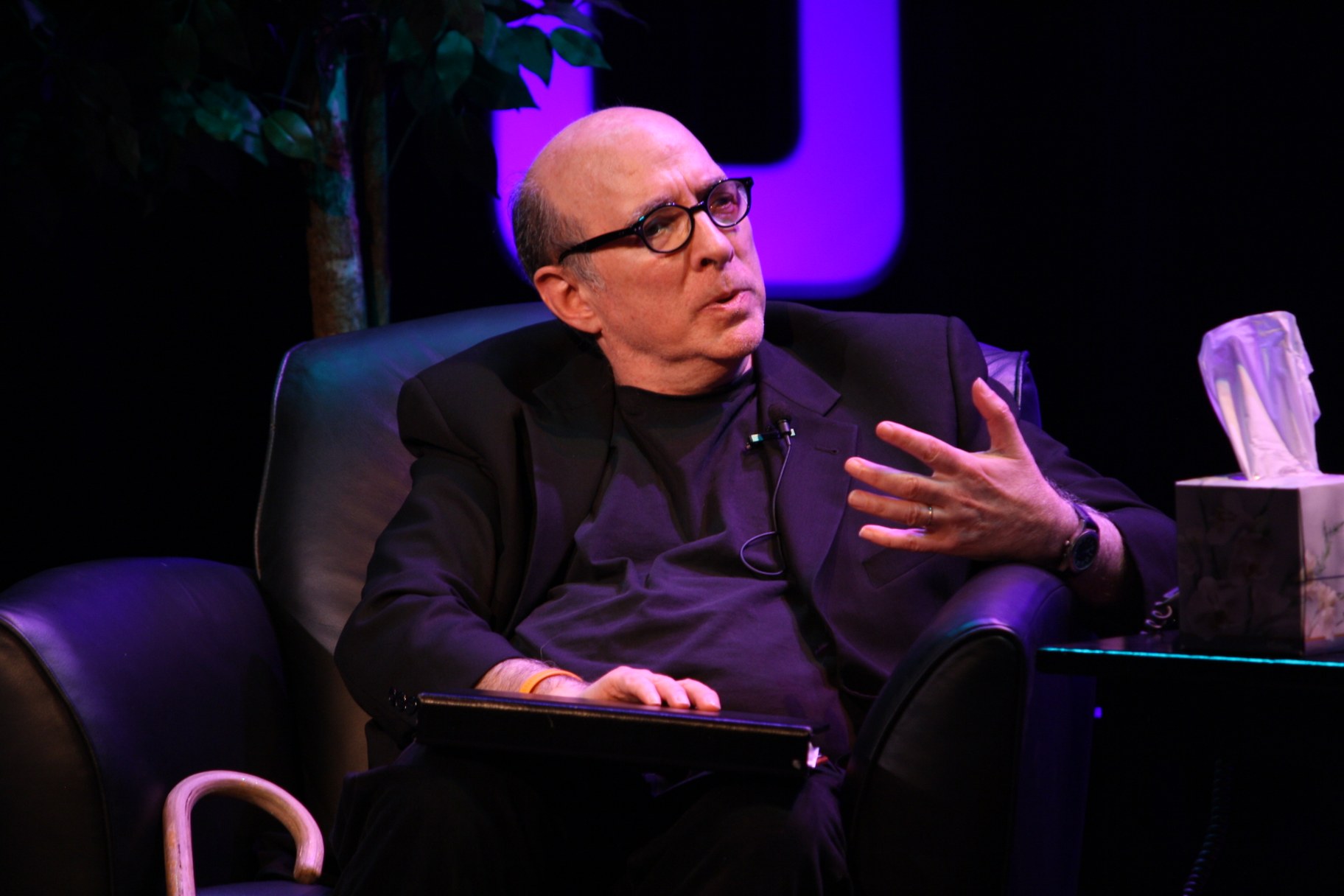 “A therapist is the easiest role to play for anyone who’s an actor. All you have to know is the phrase, ‘And that makes you feel?’” says Jonathan Katz. Photo by Bruce Smith.