A diver with a headlamp navigates a cave in “The Rescue,” which chronicles the 2018 rescue of 12 Thai boys and their soccer coach who were trapped deep inside a flooded cave. E. Chai Vasarhelyi and Jimmy Chin reveal the perilous world of cave diving, bravery of the rescuers, and dedication of a community that made great sacrifices to save these young boys. Photo credit: National Geographic.

“The Rescue” is a new documentary about the international effort to save a young boys’ soccer team and their coach who were stranded inside a Thailand cave during a monsoon in summer 2018. Experts flew into Thailand from the U.S., U.K., Laos, China, Australia, and Belgium. Many of them risked their lives to save 13 strangers.

“The Rescue” is co-directed and produced by E. Chai Vasarhelyi and Jimmy Chin, who won an Academy Award for “Free Solo,” which showed Alex Honnold’s record-breaking rope-less climb of Yosemite’s El Capitan.

Chai Vasarhelyi tells Press Play that the world was divided politically in 2018, and yet here was a story everyone could unite around. “What if it was your kid who’s stuck in that cave? … Jimmy and I have two Asian kids. And, yes, I couldn't help but think … would Jimmy go in and save the other kids?”

Jimmy Chin says the scene outside the cave was chaotic, with news crews and volunteers flying in from other countries. “There's a lot at stake, and there's all kinds of pressure that people might not be thinking about. And oftentimes that's about just making sure that the rescuers themselves are not taking extra risks because that would add to the complications of the rescue.”

Thai Navy SEALs unsuccessfully tried to find the kids, so then two British cave divers, Richard Stanton and John Volanthen, were called to the scene.

“They're weekend warriors. They are these characters who are … very intelligent misfits, and found solace or power or control in this very, very strange minority sport called cave diving,” says Vasarhelyi.

When Stanton and Volanthen were finally inside the cave, they realized it was too dangerous to continue and went back out, only to find that a search party went missing — unbeknownst to the rest of the rescue operation.

Using reenactments and GoPro footage to build a narrative

Vasarhelyi and Chin recreated much of the rescue by using footage from GoPro cameras that the search-and-rescue team members were wearing. But cameras didn’t roll on all moments, including when divers went beyond the third cave chamber. Thus, the documentarians turned to reenactments.

Vasarhelyi says the reenactments illustrated how urgent those moments inside the cave were.

“It's only when you see someone actually binding a child's hands behind their back and binding their feet together and submerging their head [that] you understand the gravity of what they're doing, the stakes. It's an abstract idea until you see it,” Vasarhelyi says. “When you see it, it becomes tragic or urgent or whatever it is, where you can't help but see your own kids or yourself in that situation, and whether or not you had the moral chutzpah or conviction to do it.”

Using unorthodox methods to save the team

When rescuers found the soccer players, Dr. Richard Harris, a member of the rescue team, decided to anesthetize the kids so they could be pulled out quickly. That was to prevent the players from panicking while traveling through the perilous waters. But he wasn’t sure whether the plan would succeed.

“Dr. Harris has to come up with this cocktail of drugs, essentially, to try to mitigate all the potential risks that he sees with this outrageous rescue. I think in the film, he says, ‘I could talk for an hour, at least an hour about all the different ways that these kids could die.’ And so he's trying to take into account all of these various ways they could drown in their own saliva. So their heads have to be tilted a certain way so that their airways open. … And he's trying to express that to all of the authorities and everybody that's around him, like, ‘Nobody's done this before, and I'm not sure it's gonna work.’”

Vasarhelyi says the rescuers’ decisions exemplify how selfless they were in the moment.

“They made a selfless and brave and courageous choice, and it was successful. So suddenly, the world validates it — the question [of] can we be our best selves, what is our most selfless self? This is a question [that] obsessed Jimmy and myself.” 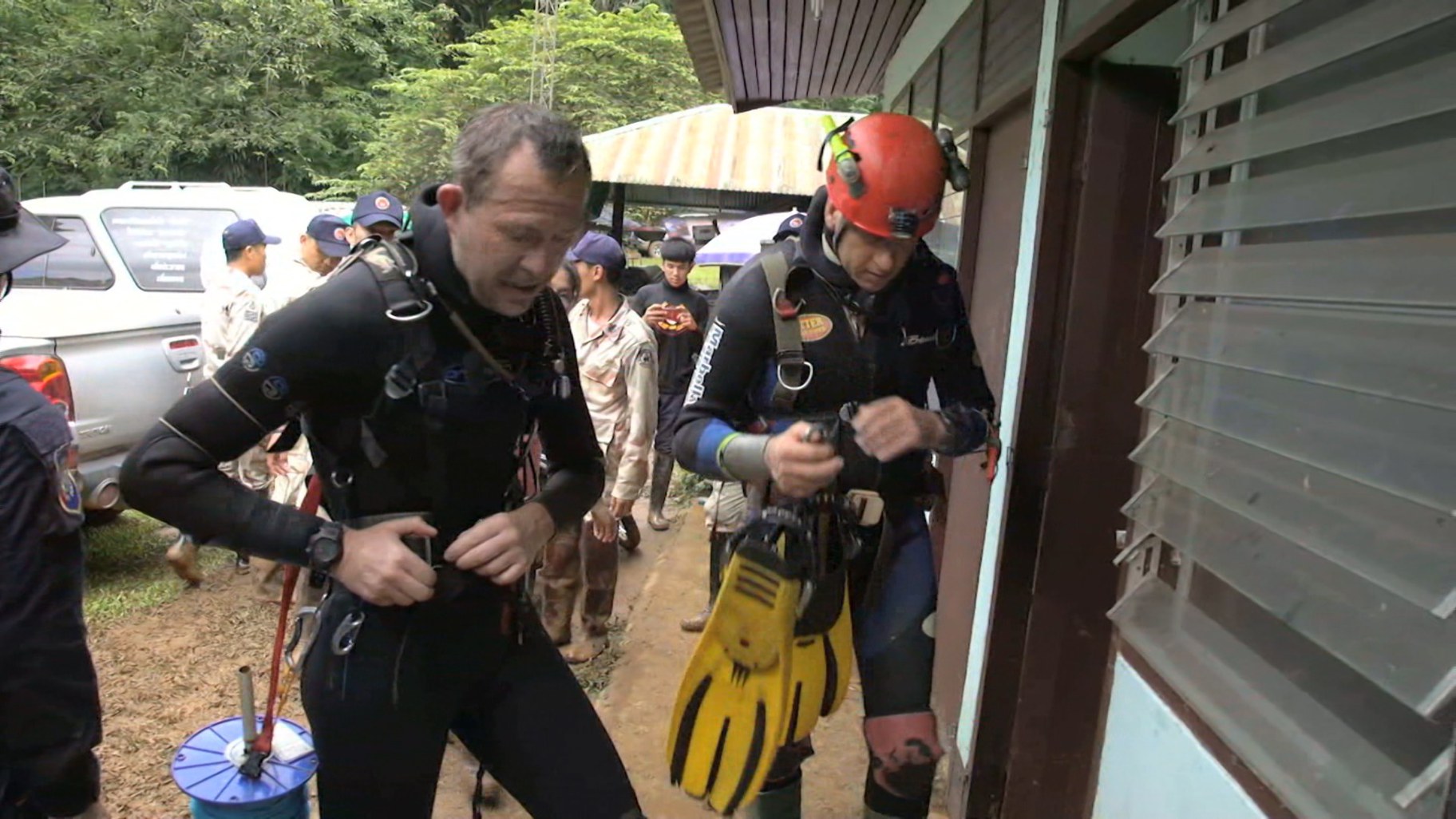 Critics review “The Last Duel,” a medieval epic with an added #MeToo plotline that explores life as a woman in the 14th century; “Introducing, Selma Blair,” a documentary...

“The Rescue” is a new documentary about the international effort to save a young boys’ soccer team and their coach who were stranded inside a Thailand cave during a monsoon...

At Oracle Park on Thursday night, the Dodgers beat the San Francisco Giants in the final moment — due to an umpire call against the Giants that even the most die-hard Dodger...