In LA in the 1970s, Elizabeth Carmichael sold people on her vision of building a three-wheeled car that could get 70 miles per gallon and cost $2000. It was called The Dale. Photo by Colin Dangaard, courtesy of HBO.

When Elizabeth Carmichael came to LA in the 1970s, she was a firecracker ready to take on the auto industry. She sold people on her vision of building a three-wheeled car that could get 70 miles per gallon and cost $2,000. It was called The Dale. One investor was ready to put $30 million behind it. “The Price Is Right” was giving away one before it was built. But some in the media weren’t buying it.

Liz Carmichael was a trans woman, and before her transition, she was a con artist who abandoned two wives and was on the run.

All this happened in Encino. The story is told in the new HBO documentary called “The Lady and the Dale.”

Invented by Dale Clift, the Dale was based off a motorcycle he modified to handle winter rain. When working at the Marketing Institute, Carmichael bought the option from Clift. She claimed the car would save America from the 1974 oil crisis.

“Liv was bigger than life and took on all the bombastic traits of entrepreneurs today,” executive producer and director Zackary Drucker says. “She’s kind of akin to Elon Musk and Elizabeth Holmes.”

The beginning of her downfall can be traced to Dick Carlson, a KABC reporter who interviewed Carmichael. At the station, he created his own department for investigative reporting.

Due to his investigation, Carlson became the first person to report on Carmichael being transgender.

“It really was not in the public's imagination at the time that trans people would be putting themselves out there, would be starting companies. Our consciousness today in 2021 is so advanced compared to where folks were at in the 1970s. People were aware of transsexuals, but it was beyond many people that Liz was trans.”

Carmichael’s early crimes included fraud and running an LA-based counterfeiting operation. Drucker says her FBI file was thousands of pages long and was pursued for 13 years before being exposed by Carlson.

“At the time Liz's identity was conveyed as, you know, she was a man masquerading as a woman to commit fraud. It’s difficult for many men in particular to understand [transitioning] because of patriarchy, because of [the] mythology that women are inferior, that who would want to become a woman. There was always this skepticism and this suspicion around trans women specifically, as criminals.”

Carmichael was also the mother of five kids. Alongside her wife Vivian, they were often running from authorities. 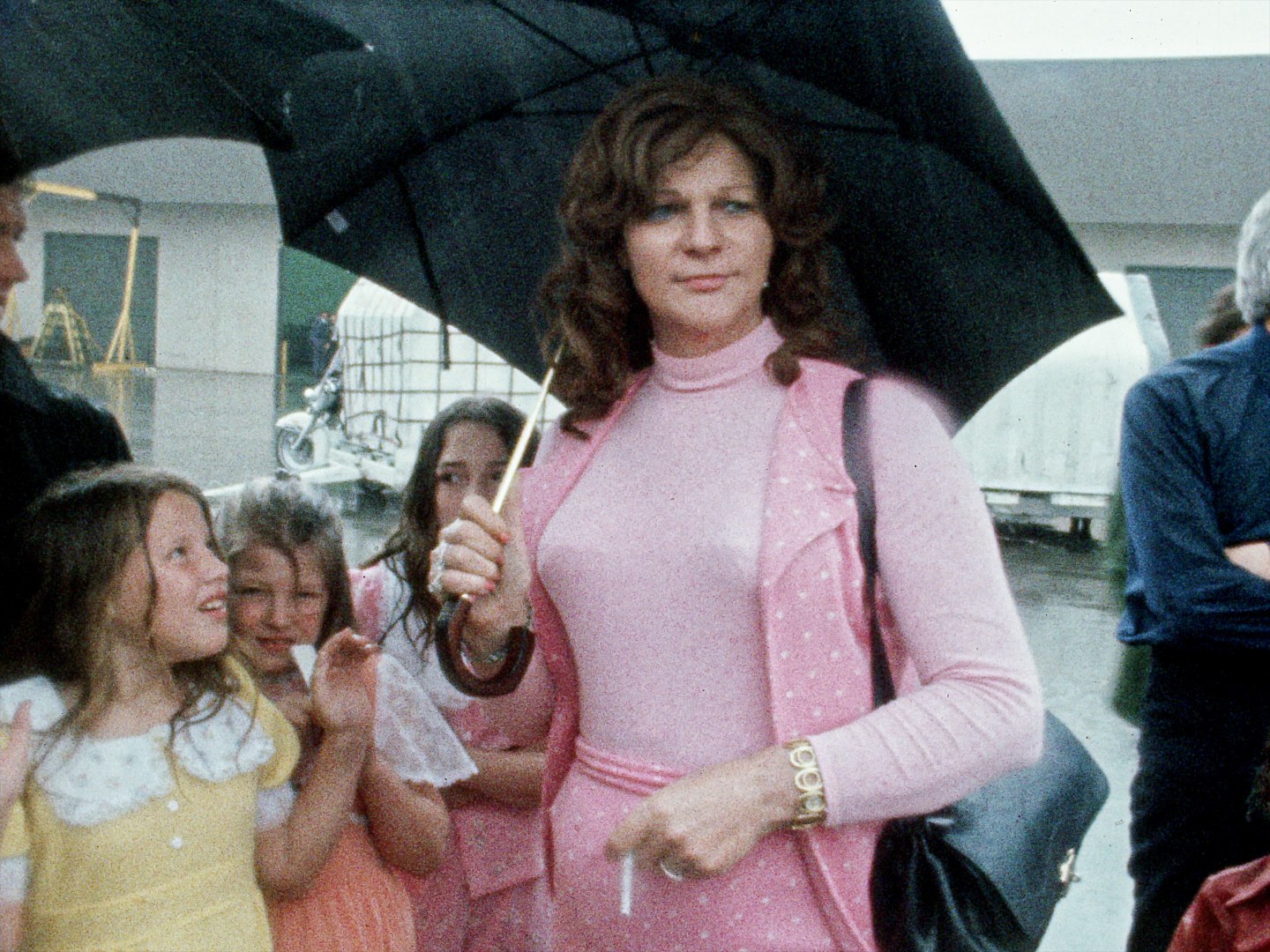 Elizabeth Carmichael with her family. Photo courtesy of HBO.

When she was eventually accused and convicted of fraud and other crimes, Drucker says much of the trial focused on her identity.

“It's so clear from a contemporary perspective to see how her trans identity was inflated. They took every opportunity to discredit Liz’s identity.”

According to Drucker, it’s unknown whether the Dale was a legitimate car or a scam, but Carmichael’s story and the documentary represents a new stage of storytelling that helps correct a history of trans misrepresentation.

“Liz represents a more complicated protagonist. She is flawed, she made questionable decisions. She's not who you would think of as a role model,”  Drucker says. “She's an outsider and an outlaw. And she's a testament to the incredible resilience of trans people climbing out space for themselves in a world that would probably prefer they did not exist at all.” 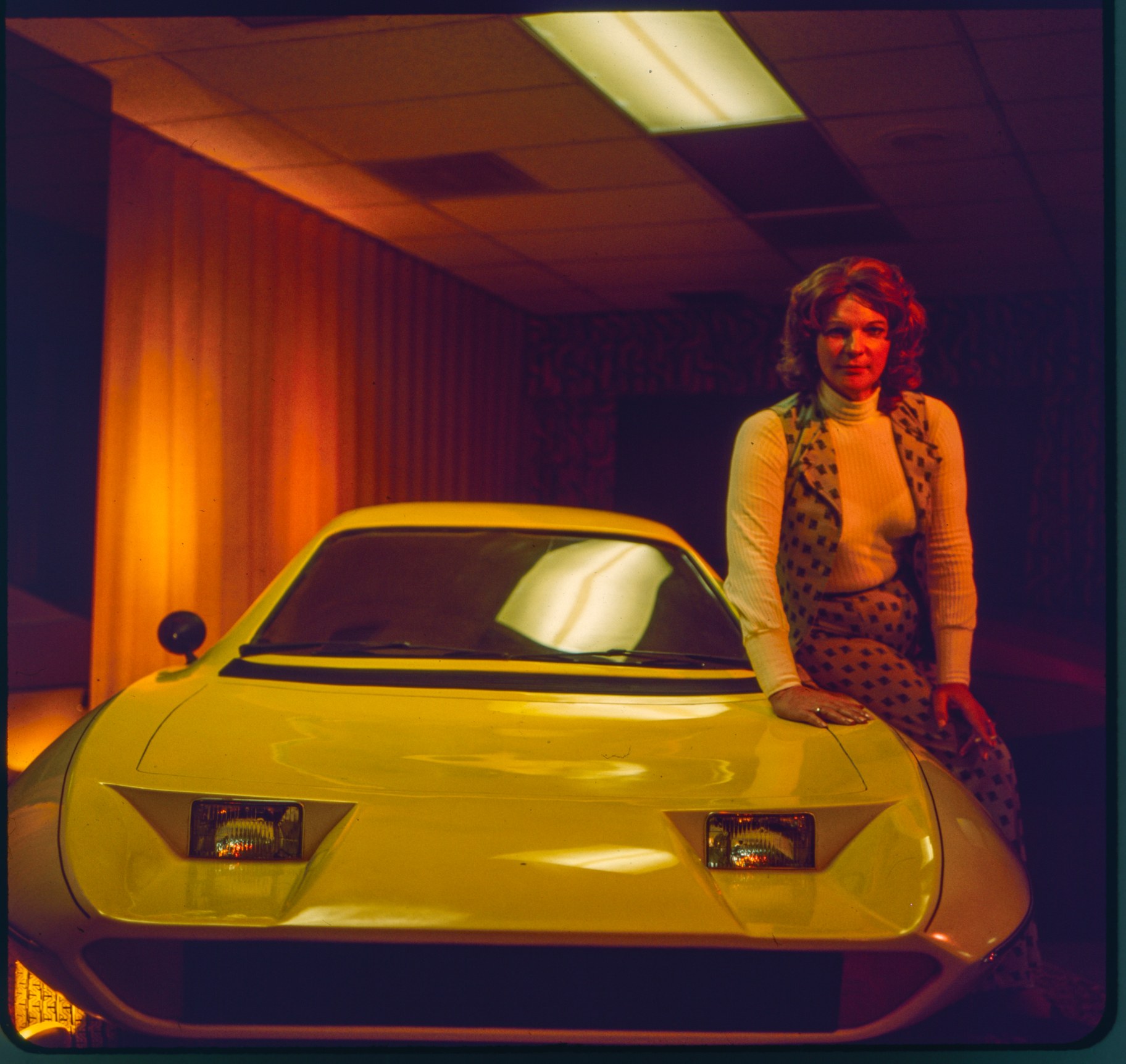 Elizabeth Carmichael posing next to the Dale automobile. Photo by Colin Dangaard, courtesy of HBO.