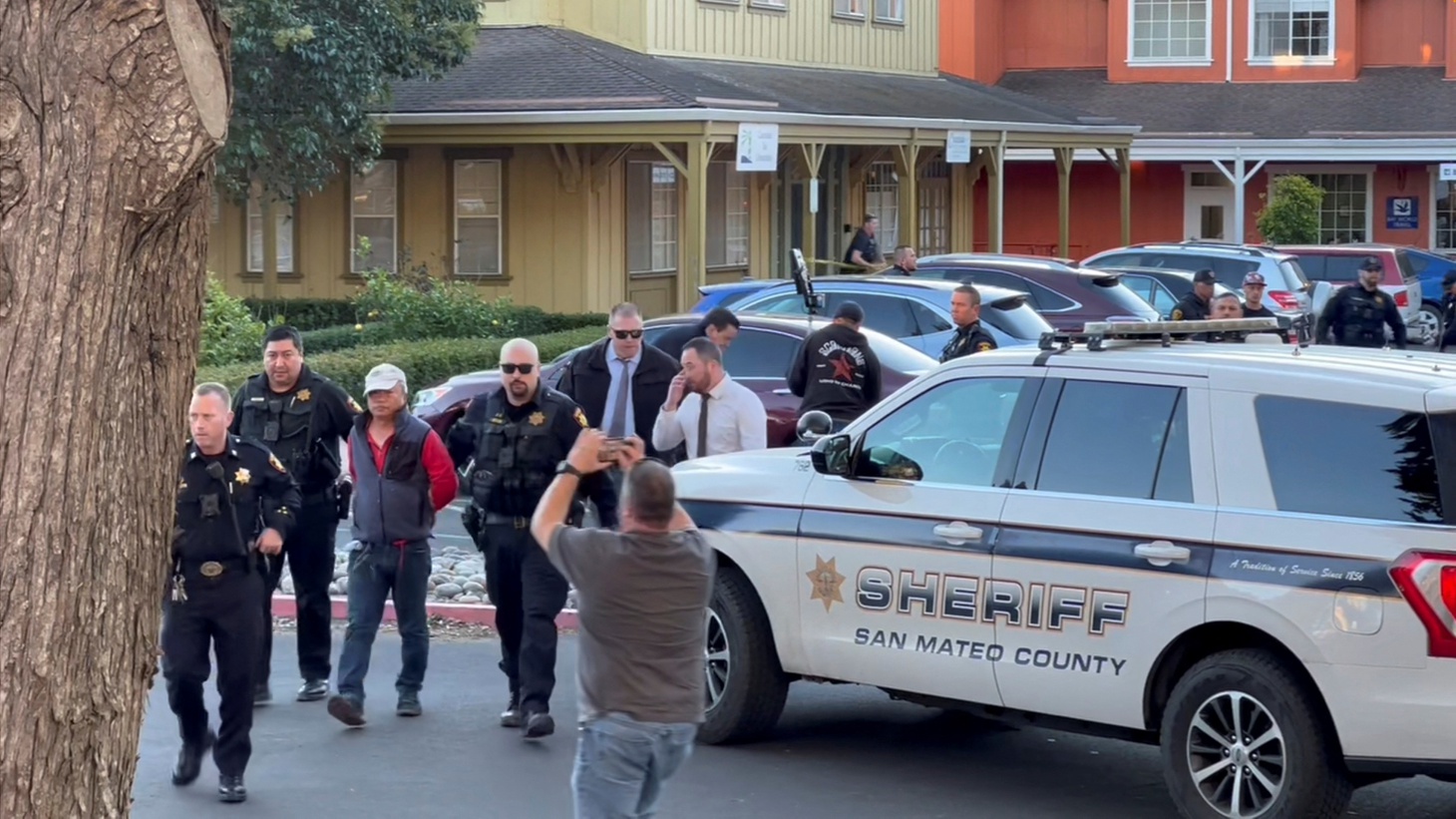 Police officers detain a man, believed to be the Half Moon Bay mass shooting suspect, in Half Moon Bay, California, U.S., January 23, 2023, in this screengrab taken from a social media video. . Credit: Kati McHugh via REUTERS

On Monday night, seven people died and another was hospitalized in Half Moon Bay. The attack came in two waves at a pair of mushroom farms in the normally quiet seaside community south of San Francisco. The suspect was taken into custody, and authorities described the shootings as workplace violence.

Hours later, another mass shooting took place in Oakland. One person was killed and seven were injured.

It all comes after Saturday’s massacre at a ballroom in Monterey Park, about an hour after the city wrapped its Lunar New Year Festival.

Dr. Garen Wintermute, an ER physician and the director of the Violence Prevention Research Program at UC Davis, says it’s important to remember the personal impact of these shootings — how many people will never recover from the physical or psychological harm they’ve endured recently.

Meanwhile, he points out that California’s mass shooting rate is much lower compared to other states.

He says California laws have prevented the majority of shootings.

“The laws that we have don't prevent every single instance of firearm violence, but they prevent lots of them. And as a physician, if I've got a medication that works 80% of the time, but not 100% of the time, that medication is not a failure for the 20%. It is a success for the 80%.”

In 2021, a California judge struck down the state’s assault weapon ban. Wintemute says it’s an example of judicial sabotage, which can undermine California’s implementation of tougher gun laws. He adds that residents can also travel to nearby states to purchase these weapons.

“It's generally illegal if you live in California to buy a gun in another state and bring it back. But people do it anyway.”

Meanwhile, as these events reoccur and many people feel hopeless, Wintemute says the difficulty stems from the expectation that other people — like Congress — should do something. However, everyone is responsible.

“The majority of public mass shooters declare their intentions in advance by one means or another. And that gives all of us both the opportunity and the responsibility to bring such threats to people who can do something about them.”

Deadly mass shootings occurred in Half Moon Bay and Oakland on Monday, following Saturday’s massacre in Monterey Park. What roles do California laws and everyday residents...

‘Everything Everywhere’ leads Oscars. How many awards could it take home?

“Everything Everywhere All At Once” leads the 2023 Oscar nominations. It joins “The Banshees of Inisherin,” “Women Talking,” “Top Gun: Maverick,” and others for Best Picture.

A lawsuit claims the Getty family has avoided paying up to $300 million in California taxes. The story reveals how ultra-rich people’s tactics widen the U.S. wealth gap.

TV networks and streaming platforms are bringing back series like “Night Court” and “That ‘70s Show.” What’s driving the reboot craze?