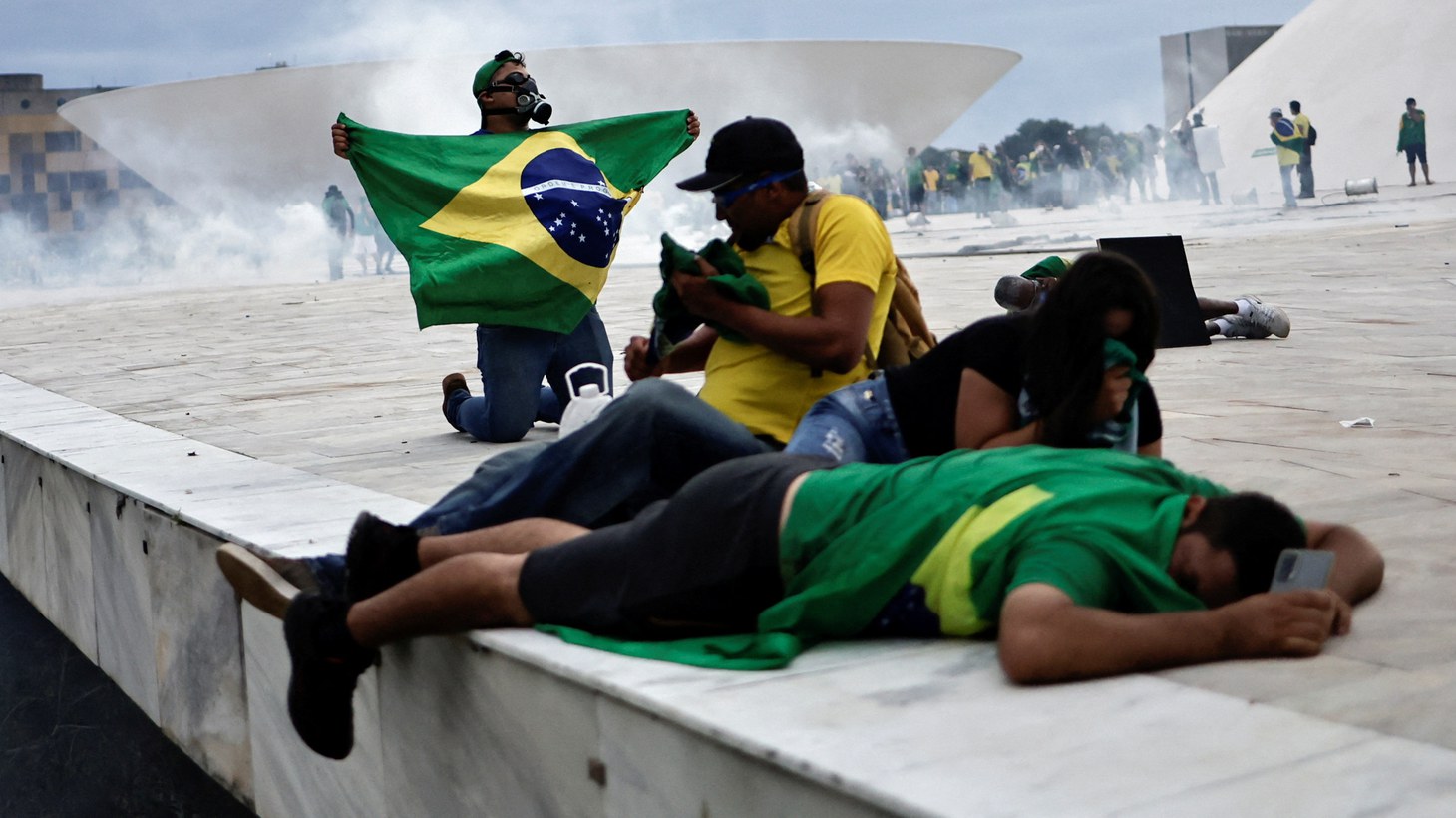 Protestors in Brazil have been arrested after thousands of former President Jair Bolsonaro’s supporters stormed the country’s government buildings. They broke through police barricades, climbed on roofs, and smashed windows. Bolsonaro’s supporters falsely claim that Brazil’s elections were rigged and are calling for him to be reinstated. President Luiz Inácio Lula da Silva has condemned the violence.

Why folk musician Judy Collins debuted her original album at 82

Amid more rain, how is LA trying to protect people living on the streets?

LA officials are searching for unhoused residents in areas at risk of flooding and are warning them of the coming storms.

Tesla shareholder lawsuit: Can Elon Musk move it from SF to TX?

Next week in San Francisco, a trial is supposed to get underway to settle a dispute between Tesla shareholders and the company’s CEO. Elon Musk argues he can’t get a fair...

Protestors in Brazil stormed the country's government buildings over false claims that the presidential election was rigged and are calling for the reinstatement of Jair...

Folk singer-songwriter Judy Collins talks about her new album, addiction, and her friendship with Leonard Cohen, which helped shape her musical career.

Peacocks in South Pasadena: Local lawmakers want to evict them. To where and why?

The South Pasadena City Council is working to humanely relocate its resident peacocks. As it turns out, other LA communities are dealing with the birds.