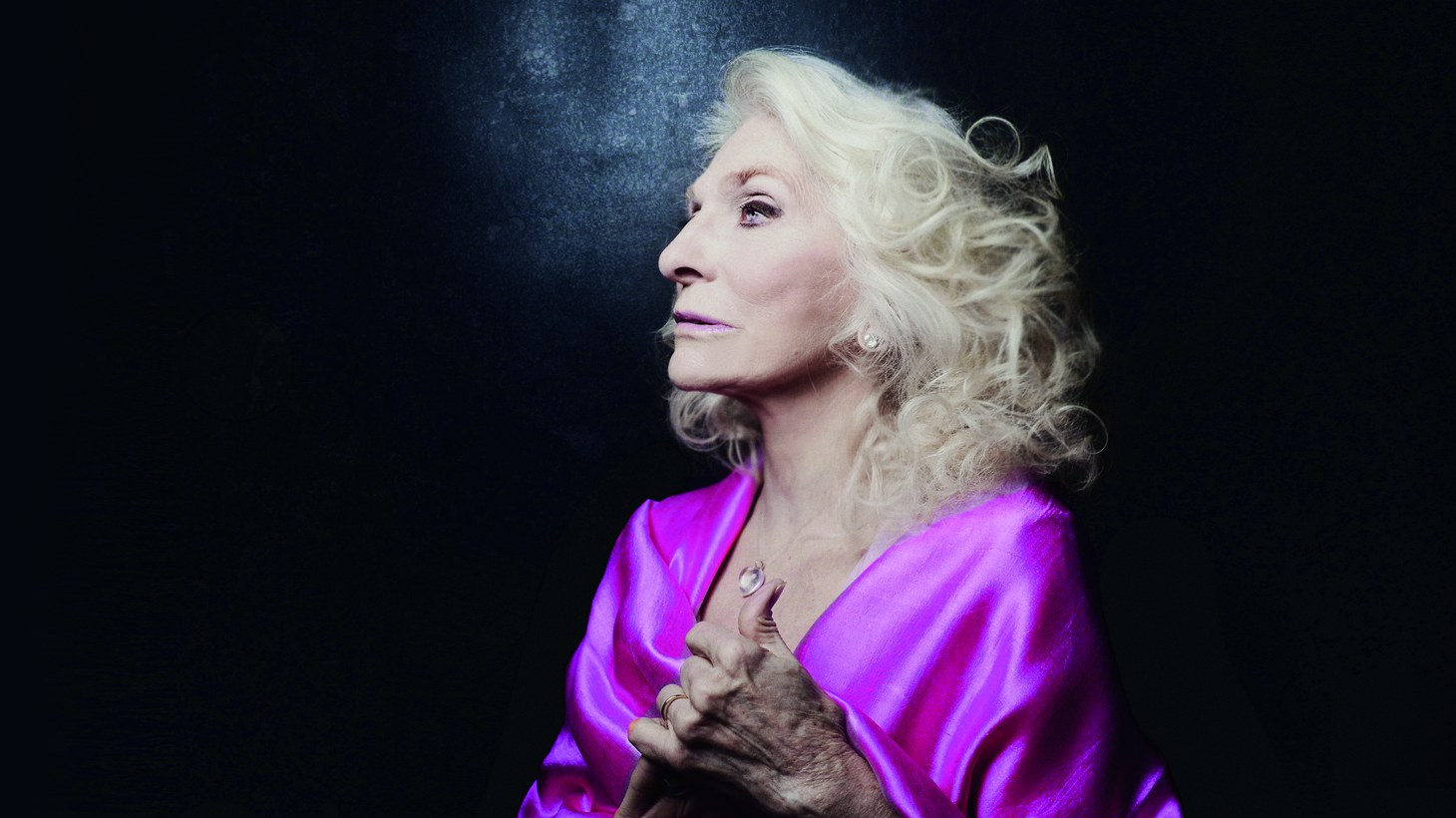 Judy Collins has made a career out of singing songs written by famous artists like Leonard Cohen, Joni Mitchell, and John Denver. But it wasn’t until last year, after turning 82, that she finally released an album filled with her original songs. It’s called “Spellbound,” and it’s been nominated for Best Folk Album at this year's Grammy Awards. She talks with KCRW about her new album, grappling with addiction, and her friendship with Cohen, which helped shape her musical career.

Collins has regularly written songs since the 1960s, when Cohen told her she should be making original music. In 2016, she wrote a poem every day.

And while most of the songs of “Spellbound” were written pre-pandemic, she spent time cutting them down and actually recording them.

Her songs are also autobiographical in nature.

In “So Alive,” she sings of finding peace in whiskey, which references Collins’ addiction to alcohol and food. Her drinking got bad enough that she could barely work. So she sought help to control her urges.

“I was always self-protective and always trying to figure out how to fix it. I'm a great fixer — always looking, ‘Oh, what's wrong with me? How can I get well?’”

She adds, “I found the 12-step program in both cases. And I've been sober for 45 years today. It was hard going through it. And I'm just lucky. I'm one of the lucky ones.”

During the 1960s, Collins performed at an Arizona club. At the time, she had a gurgling in her chest, which later proved to be tuberculosis. She spent weeks at the hospital. Collins says the experience was life-changing. She got a divorce, and fought for custody of her son Clark soon after.

Collins says it was a hard battle, but she eventually won around Christmas 1967.

“I was told I could never lose custody, [that] women never did. But I proved to be the exception. I was told by my lawyers that the reason was that I was in therapy. Nowadays, if you weren't in therapy, you might lose custody,” Collins says. “My ex-husband was a good guy. He was mad as hell, but on the other hand, he was a good dad, and he was a good husband.”

Collins’ son died by suicide in 1992. She admits that she also tried to take her own life as a teenager. His death rocked Collins to her core.

“I don’t believe that it's true that suicide runs in families, but chemical imbalance and addiction does run in families, for sure. It's in the DNA. And my son was an addict and an alcoholic. And he was sober for about seven years before he took his life, which was what put me into a state of shock when it happened, because I didn't expect it. I was living a dream of recovery. But you never know. You just never know with people.”

But Collins says that by working, she was able to find peace and healing.

Today, Collins is back on tour, which as she explains it, is how she’s spent the lion’s share of her life: “It's the most natural thing in the world for me to be touring and singing and going from city to city.”

Why folk musician Judy Collins debuted her original album at 82

Amid more rain, how is LA trying to protect people living on the streets?

LA officials are searching for unhoused residents in areas at risk of flooding and are warning them of the coming storms.

Tesla shareholder lawsuit: Can Elon Musk move it from SF to TX?

Next week in San Francisco, a trial is supposed to get underway to settle a dispute between Tesla shareholders and the company’s CEO. Elon Musk argues he can’t get a fair...

Protestors in Brazil stormed the country's government buildings over false claims that the presidential election was rigged and are calling for the reinstatement of Jair...

Folk singer-songwriter Judy Collins talks about her new album, addiction, and her friendship with Leonard Cohen, which helped shape her musical career.

Peacocks in South Pasadena: Local lawmakers want to evict them. To where and why?

The South Pasadena City Council is working to humanely relocate its resident peacocks. As it turns out, other LA communities are dealing with the birds.