Impeachment rally in front of the U.S. Capitol in Washington D.C., December 18, 2019. Photo by Cary Bland.

On Wednesday, the House of Representatives voted to impeach the president of the United States. Today, House Speaker Nancy Pelosi said, “We’ve been hearing from people all over the country in the last -- since last night and this morning. Seems like people have a spring in their step because the president was held accountable for his reckless behavior. No one is above the law, and the Constitution is the supreme law of the land.”

Next month, the Senate will likely vote to acquit. So what does all this mean for 2020, and for Trump’s chances of reelection?

“Trump deserves to be impeached, but that doesn’t mean impeachment is a good idea. … It distracts Democrats from their strong suits. Trump is always in a stronger position when Democrats are obsessing over him and presenting themselves as the anti-Trump option. We tried that in 2016 -- that was Hillary Clinton’s main appeal -- and that didn’t work,” says Brookings Institution senior fellow Shadi Hamid. 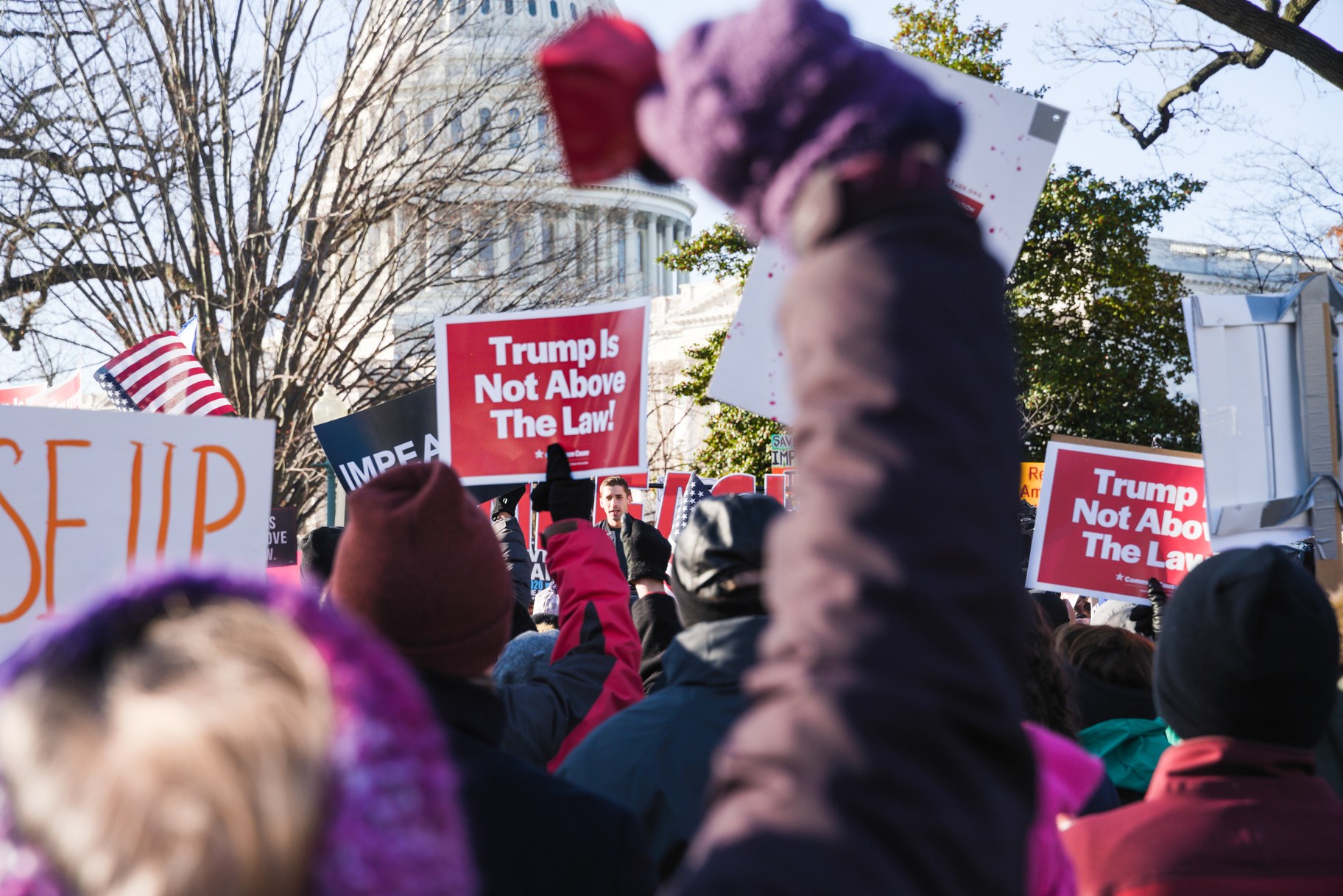 Impeachment rally in front of the U.S. Capitol in Washington D.C., December 18, 2019. Photo by Jackson Fox-Bland.

“If impeachment was happening in August 2020, we’d be in a very different situation than we are now,” says Michael Scherer, national political reporter for the Washington Post. “It’s very likely that by the end of January, we’re going to be leaving impeachment behind, and walking into Iowa and a presidential race. And how much people are still thinking about it in six or eight months is very much an open question.”

Republican media consultant Rick Wilson says there will be short-term pain for conservatives. “We understand there will be something that a President Biden, or a President Warren, or a President Buttigieg does that we hate. We get it. We understand it. But right now there is only one person in the entire field -- Republican or Democrat -- who we believe is so far outside the bounds of a normal American political figure, and so dangerous to our institutions and to the country that he has to be defeated, even at a terrible price.”

-- Written and produced by Brian Hardzinski