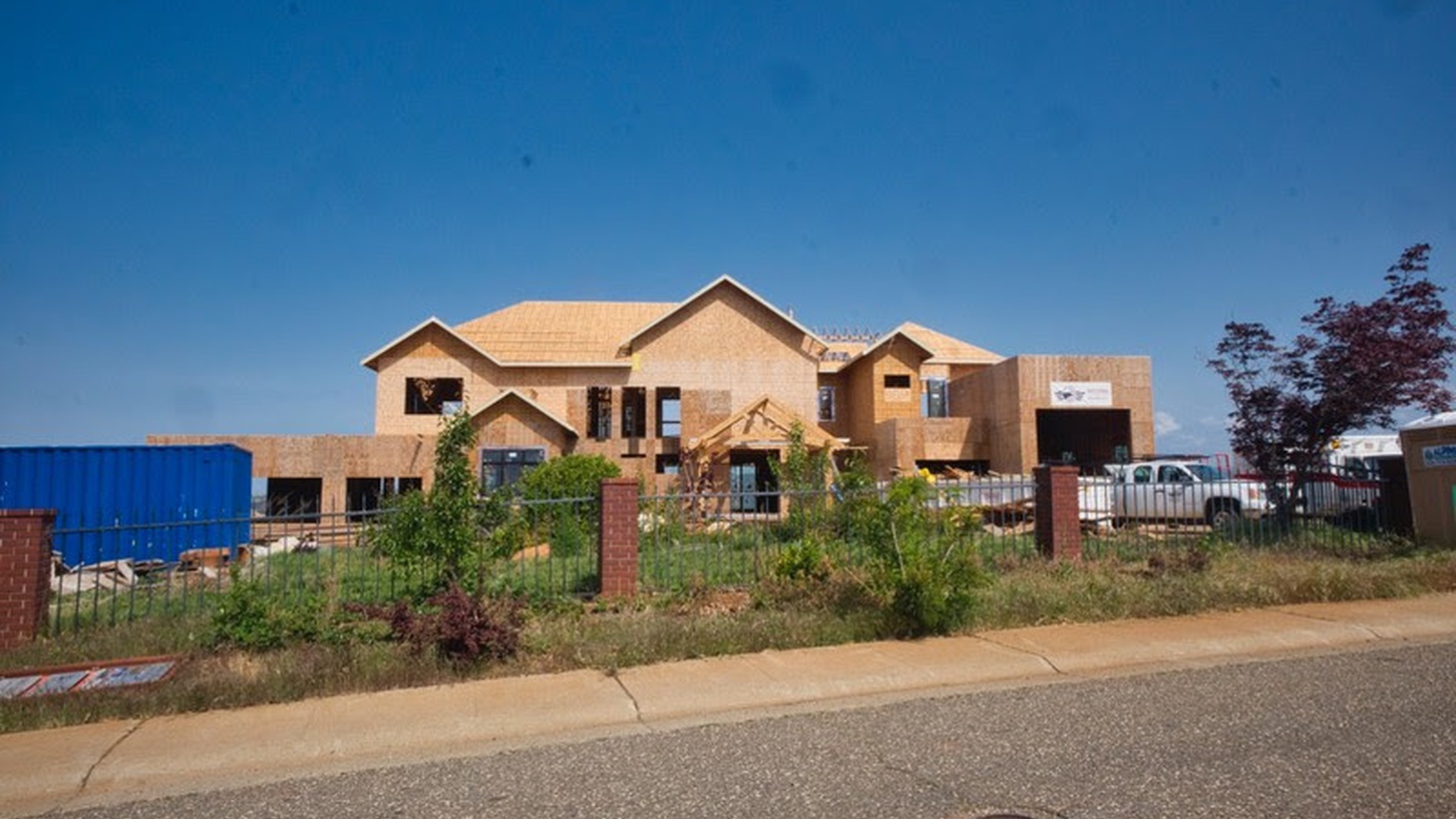 In 2018, the Camp Fire destroyed most homes in Paradise, California. Today, the town is experiencing a boom of newly constructed real estate. Photo by Aaron Gordon/Motherboard.

California’s deadliest wildfire, the 2018 Camp Fire, killed 85 people in the town of Paradise and destroyed nearly every home there. Most of the surviving residents became homeless, scattered in camping trailers and community shelters nearby.

Now thousands of building permits have been granted. Some people who lost their homes have moved back, and others are moving there for the first time. However, the area is still at risk of another major fire.

A surprising number of people returned to Paradise after swearing that they never would, which were very personal decisions, says Aaron Gordon, senior staff writer for Motherboard and Vice News. “A lot of people are learning about themselves as they go through this process of what they really want and what they really value.”

Paradise is also now attractive due to the lush greenery located a short drive from the fire area, he points out. There are trails are hiking and mountain biking. And Paradise Lake was where he saw a bald eagle flying overhead.

Plus as the state undergoes a housing crisis, Paradise offers an inventory of new homes that’s unmatched elsewhere in the country.

As for safety issues, Gordon says the town hasn’t created new escape routes, and during the fire, people took one main route that became blocked for a while. Now there’s a wide-ranging spectrum of concern, with some saying they’re fortifying their properties and know exactly what they’ll do if/when another fire happens, while others aren’t worried.

A woman named Taylor Tanner moved to Paradise from Texas in August 2021 with her husband and small child. They evacuated their home because of a flood, and after they loaded all their belongings into their truck and drove away, the vehicle got stolen, Gordon explains.

He says almost everyone who moved to Paradise for the first time experienced some kind of material loss beforehand, such as a regular house fire (not a wildfire) or natural disaster.

“The way another person, Elizabeth Milbauer, explained it to me is once you've experienced something like that, where you lost all your material possessions, or you lost someone that's important to you, or something along those lines, the fear of it happening again can be lessened. … She now knows how she would react to a situation like that. And it doesn't seem as scary to her anymore as it used to.”

From a public policy perspective, some Californians are wondering whether people should be allowed to move back to such fire-prone areas.

“These towns like Paradise that exist on what's called the ‘urban wildlife interface’ … what people find so attractive … is that you can get a house that’s set amongst trees, where you don't see your neighbors, and you get the peace and serenity of rural living. … Those are also the places that are most dangerous in wildfire situations, because they have all the fuel to burn, but the population center to make it really devastating for so many people,” Gordon says.

He thinks all this leads to a bigger, tough question: “Should a certain lifestyle be permitted anymore if we're going to avoid something like this again, and avoid the public cost of rebuilding these towns time and time again? … I don't pretend to know the answer.”

He says there’s wishful thinking around the idea of the government buying people out of dangerous areas. And people want to live in certain places for wide-ranging reasons, including emotional attachment.

Donald Trump’s false election claims: Not only a big lie but a big grift?

Day two of the January 6 insurrection hearings focused on how former President Donald Trump and his team perpetuated the lie that the 2020 election was stolen.

Paradise, CA, now has an inventory of new real estate after the 2018 Camp Fire devastated the town. People are moving back — or moving there for the first time.

The all-Black Re-Collective Orchestra will make history on June 19 when it performs at the Hollywood Bowl’s “Juneteenth: A Global Celebration of Freedom” event.