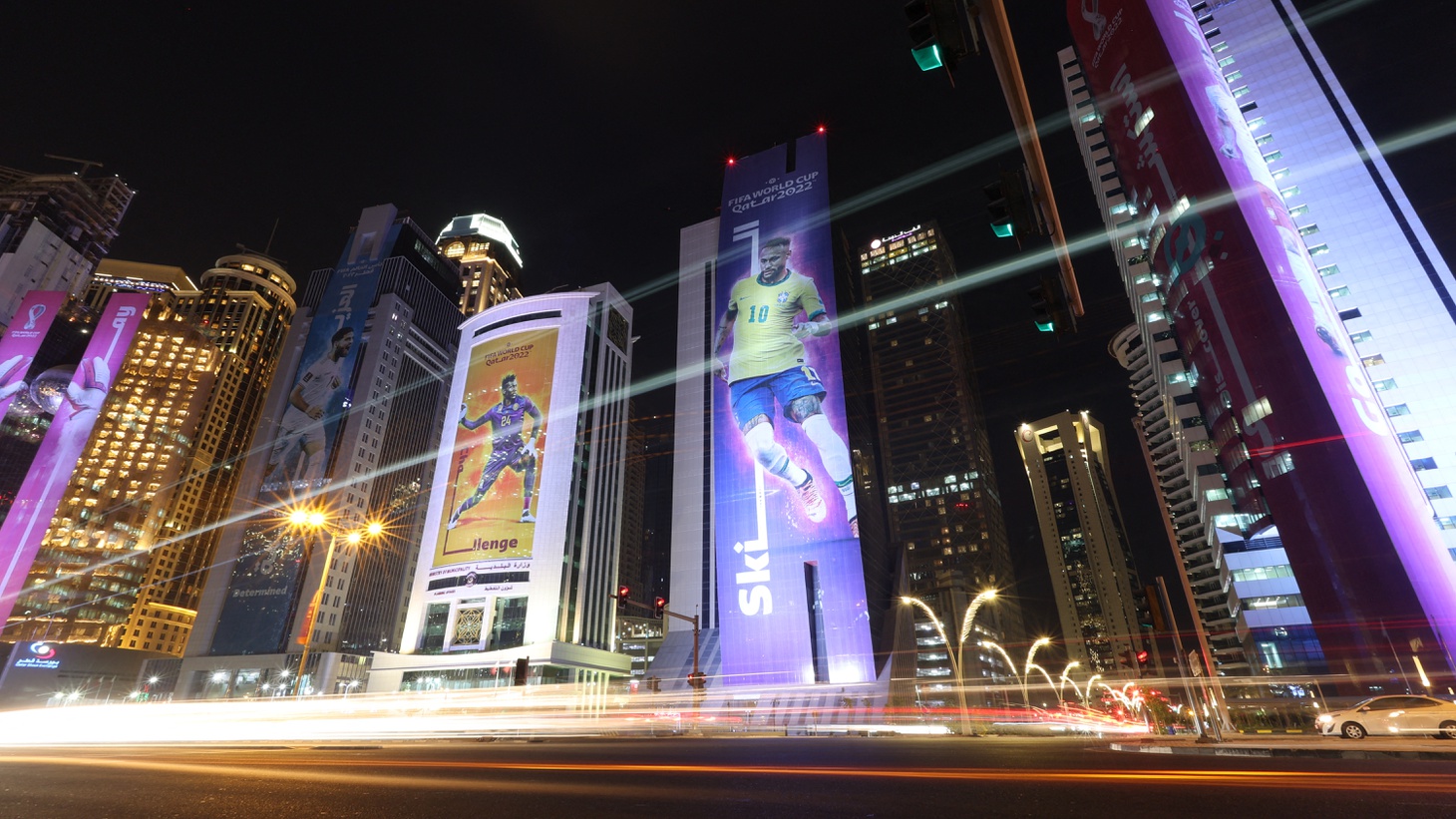 The 2022 FIFA World Cup kicks off in Qatar on Sunday. More than 1 million fans are expected to travel to its capital city of Doha for the tournament, and billions more will watch on TV.

However, U.S. Justice Department accused Qatar of bribing FIFA officials to win the hosting spot. And The Guardian reported that more than 6,000 South Asian migrants died as they were building the country’s World Cup infrastructure, though the government strongly disputes the figures.

The country spent more than $200 billion for new stadiums, hotels, a metro system, and an airport — and migrants had to construct them in the summer.

“Thousands and thousands of immigrant workers were brought in under … a sponsorship system — modern slavery —  where their passports are confiscated, they work in insane conditions, 120 degrees. And they just buckled through so many health predicaments. … This is truly a World Cup that’s soaked in blood,” says Roger Bennett, co-host of the podcast “World Corrupt,” which covers the controversies surrounding this year’s tournament. He’s also founder of the Men In Blazers Media Network, which covers global soccer.

He says the big question hanging over this World Cup is how players will make a statement. For example, when the Danish team plays, they’ll wear black shirts to symbolize mourning.

“I do believe with Saudi Arabia flexing to try and win the 2030 World Cup … this could be a moment in which a player or a team step up and deliver a message to make sure that this will never occur again.”

Bennett notes that Amnesty International and a number of teams are trying to force FIFA to give some of the $440 million prize money to the families of the 6,500 workers who died.

However, he says he it’s impossible for him to “walk away” from the World Cup, so he’ll “marvel at the good things and fight for the change we want.”

He adds, “Ultimately, we'll be watching with a split screen. … We’ll keep our eye on all of that football, but also the tectonic plates of geopolitics, which will be grinding just underneath.”