Kristina Wong, performance artist and elected representative of the Wilshire Center Koreatown Neighborhood Council, is out with a new on Zoom that chronicles her new life as a “sweatshop overlord.”

Since March 20, Wong has been making face masks on her Hello Kitty sewing machine.

“This is such a funny thing that two pieces of fabric sewn together on this machine, with like my very rudimentary homework skills, can provide the very vital protection for somebody,” Wong tells KCRW. “And that got me excited in a moment that is quite scary and depressing.”

She says she became overwhelmed quickly with the demand. To get some help, she created a Facebook group called Auntie Sewing Squad.

The group now has more than 700 members. Wong says about half are active in some way, and not everyone is based in LA.

What is their workflow? It’s shifting exponentially, says Wong.

“In the beginning, I remember a big day for me was I made 35 in a day. And now we have aunties who can do like 100 in a day. But some are still working on their first 15 in total. By our best guess is over the last two months, we’ve put out about 45,000 masks. That's a lot for home sewing,” she says. 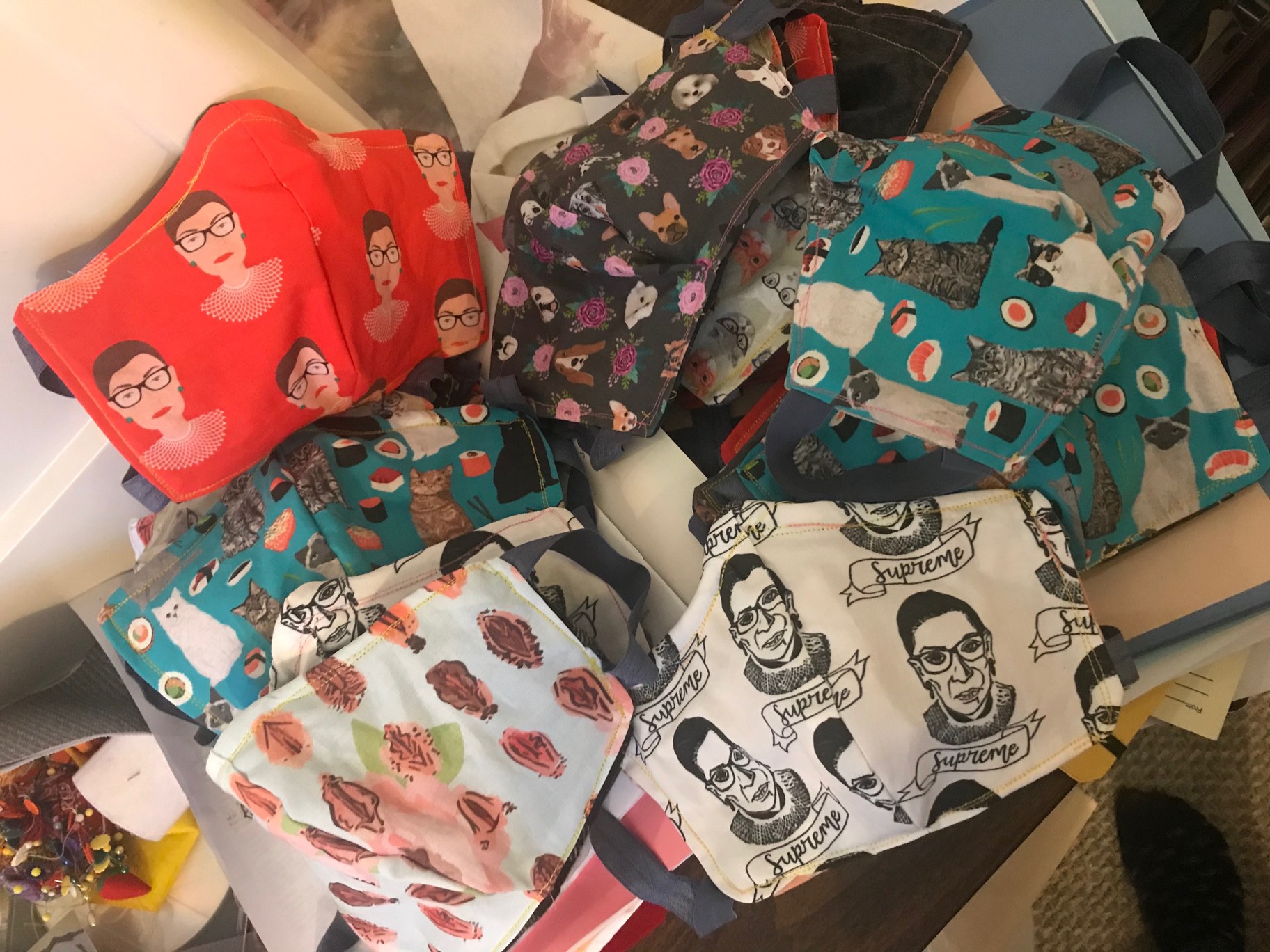 Kristina Wong says she and her Auntie Sewing Squad have made 45,000 masks so far. Credit: Kristina Wong.

Who receives the masks? Wong says the first were frontline/essential workers and people who identified as immunocompromised. Then grocery store workers, veterinarians, convalescent home workers, and nursing home staff.

“Then we began to hear about other communities, which were a lot more under the radar, who didn't have the bandwidth to project out to the whole world, ‘Hey, we need masks.’ And that was farmworkers, First Nations, and folks who are stuck at the border or migrants who are seeking asylum.”

Day laborers have received masks too, and now the Auntie Sewing Squad is focusing on communities lacking resources.

She describes them as living in extreme poverty, with no running water, based some hours away from a Walmart.

Does that work change how she views herself — as more than a performance artist?

“I never imagined that during the apocalypse or rapture that I would be the one to step up like this. I thought I'd be the one running around with a stick, pushing a shopping cart with the last of my belongings and fighting people,” she says. “But I didn't know that my inner Mother Teresa would kick in. I do feel sort of surprised at myself.”

She adds that she feels bitter sometimes too.

“This should not be necessary. We should not have had to turn our homes into sweatshops to make medical equipment. We do this because this is human work. And this is how we support other human beings. But really this is about negligence on the part of the government to prepare us for this situation,” she says. 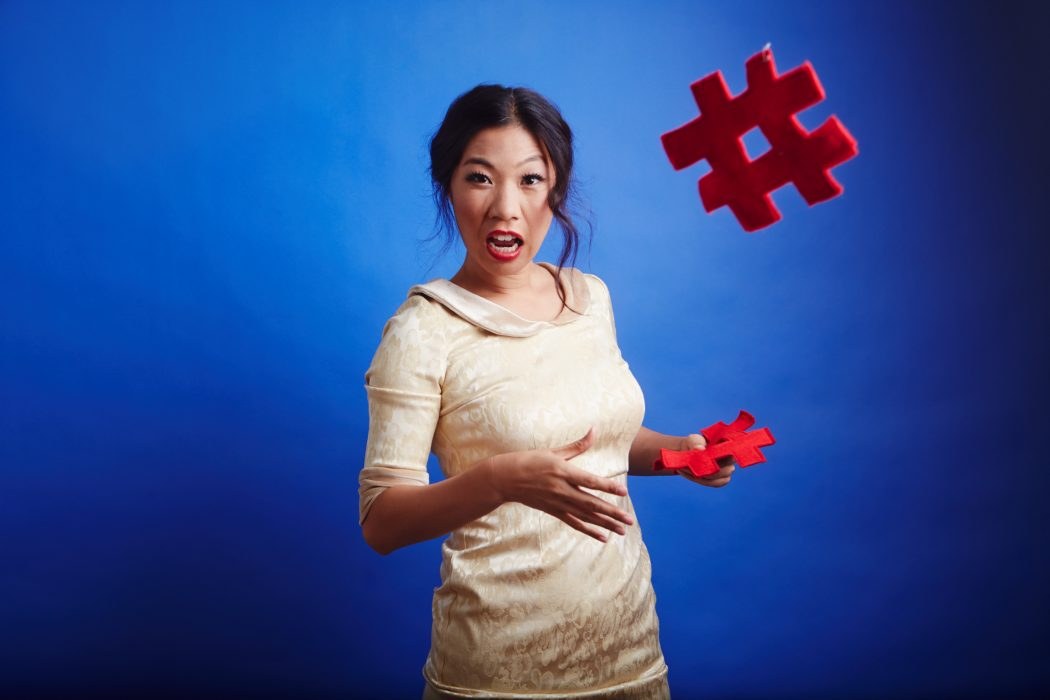 Kristina Wong says people shouldn’t have to turn their homes into sweatshops to make medical gear, and that this is about the government’s negligence in preparing for the pandemic. Photo courtesy of Kristina Wong.