Someone put up a sign stating that Joel Stallworth was a black owner after his shop, The Small Shop LA, was looted. Photo courtesy of Joel Stallworth.

When Joel Stallworth got to the corner of 6th and Spring in downtown LA over the weekend, he found his store, The Small Shop LA, was broken into. The glass windows were smashed. He’s not sure what was stolen.

“It was surreal,” he says. But he wasn’t outraged. As a black man, he says he relates to the pain and anger.

“Obviously, I don’t like the looting, but I understand why people are mad. There’s a cry for justice … and I don't want to get in the way of that.” 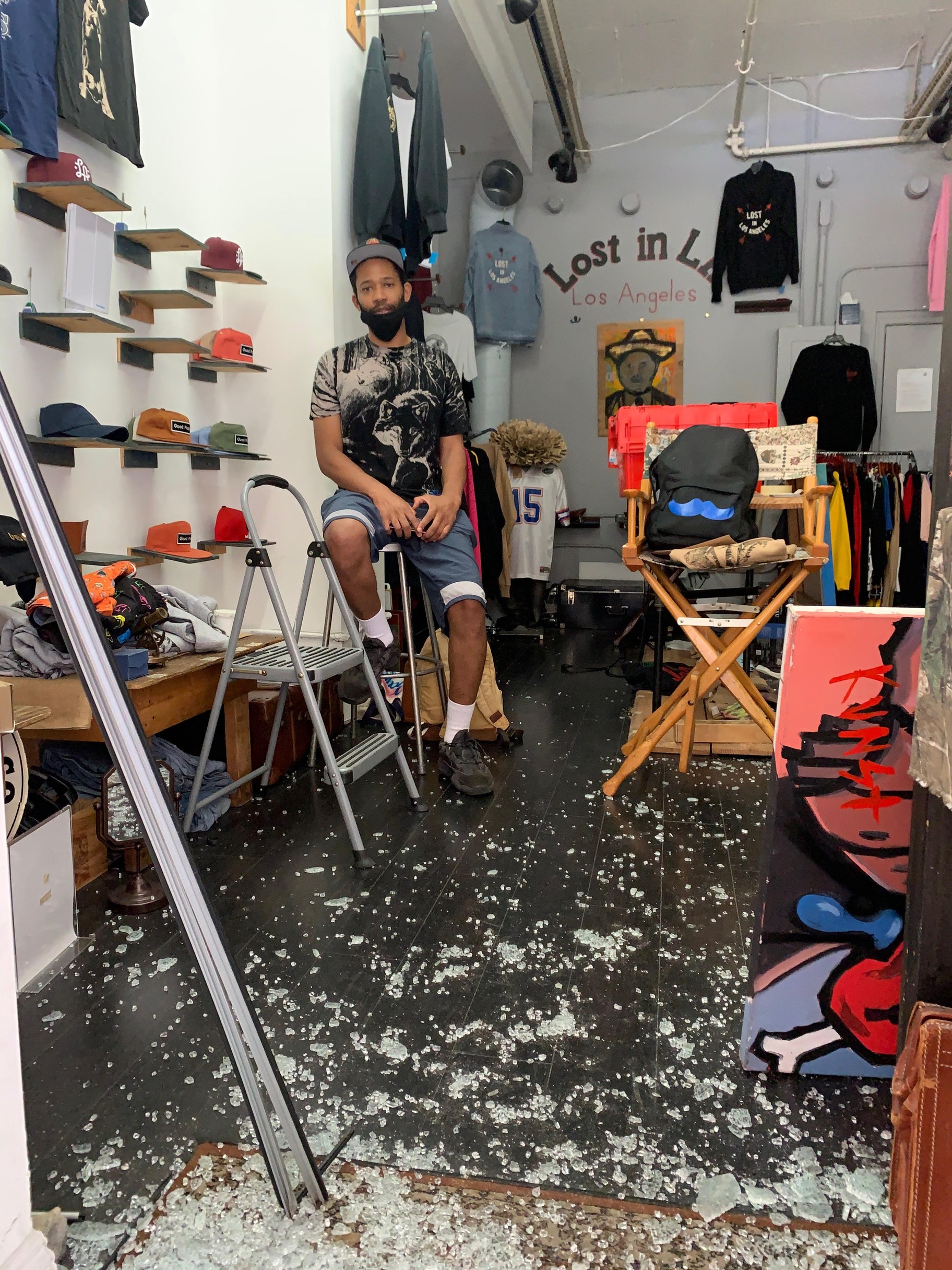 Stallworth doesn’t want news of looting and vandalism to take media attention away from the larger issue of racial injustice.

“Don’t make noise over my shop,” he says. “We can build another shop. But humans, once they’re gone, they’re gone. I have a 2-year-old son, and if something happened to me like that [George Floyd’s death], I want people to make noise.”