“The Handmaid's Tale” episode 306: June accompanies the Waterfords to Washington D.C., where a powerful family offers a glimpse of the future of Gilead. June makes an important connection as she attempts to protect Nichole. Aunt Lydia (Ann Dowd), shown. Photo credit: Sophie Giraud/Hulu

At the end of season three of “The Handmaid’s Tale,” Offred helps a couple dozen young girls escape Gilead, where women are kept as fertility slaves and dissenters are hung in public squares. As audiences await season four of the TV series based on Margaret Atwood’s 1985 novel, the author is out with a sequel. It’s called “The Testaments,” and it’s available in paperback.

“The Testaments” picks up 15 years after the end of “The Handmaid’s Tale.” In it, more is revealed about Aunt Lydia and two young women – one who grows up in the theocratic dictatorship of Gilead and the other who’s free and growing up across the border in Canada.

Margaret Atwood talks to KCRW about her books, humanizing the character of Aunt Lydia, and how recording a story is an act of hope.

KCRW: Why did you begin writing “The Testaments” in 2016 — decades after you finished “The Handmaid's Tale?”

Margaret Atwood: “I think it was a change in world affairs. So I wrote ‘Handmaid’s Tale’ in the middle of the 1980s. So the 70s had been a lot of ferment and change … and the 80s was a decade of pushback. And that's when the religious right started saying things like women belong in the home. So one of my questions to myself was okay, how do you … stuff them back into the home and make them stay there? Well, of course, the first thing you do would be to cancel their credit cards. … I started thinking my way through that.

And I also wondered to myself: What kind of totalitarianism might the United States be if it were to become one?

But then we had the 90s, the end of the Soviet Union, and the end of the Cold War. And the 90s was more like a triumph of capitalism, globalization, let's go shopping.

And that thinking ended at 9/11. And then things started getting more polarized and conservative because people get more conservative when they get scared. So it seemed to me that things were starting to feel more like the 30s than I can remember in my lifetime, which has been long.

So I thought let's take a look at Aunt Lydia. So how does somebody who can never be a top leader, somebody who's ambitious and has some power within the system ... how is she getting on with all of this? And how did she get there in the first place?” 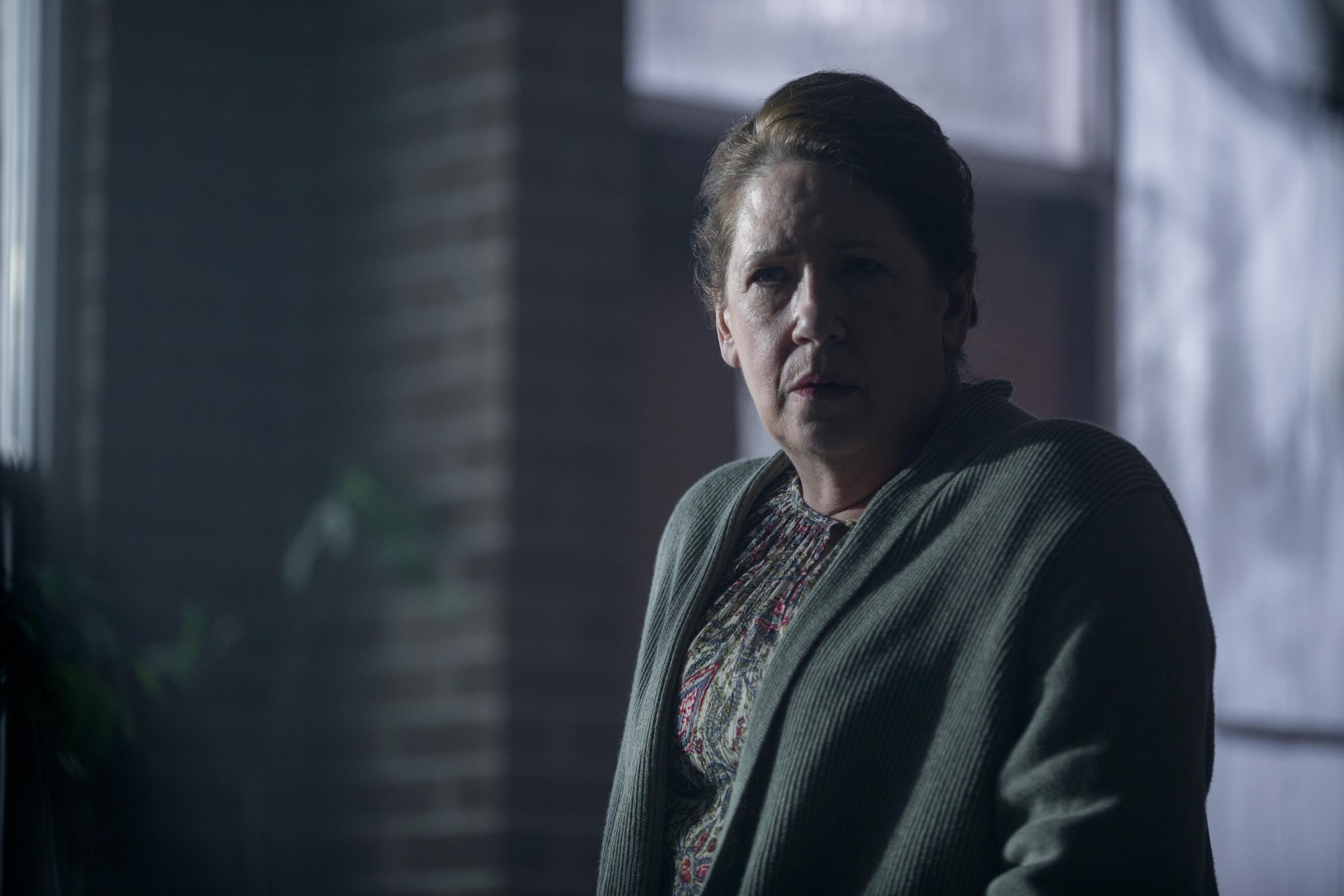 The Handmaid's Tale, "Unfit,” Episode 308: June and the rest of the Handmaids shun Ofmatthew, and both are pushed to their limit at the hands of Aunt Lydia. Aunt Lydia reflects on her life and relationships before the rise of Gilead. Aunt Lydia (Ann Dowd), shown. Photo credit: Jasper Savage/Hulu

We find out that Aunt Lydia used to be a judge. … It's interesting to hear her tell her story because we've known her as just a villain, as “The Handmaid’s Tale” was told through Offred’s eyes. How did you humanize Aunt Lydia as a person who has conflicting desires, and motivations, as someone who can encapsulate both good and evil?

“Well it helps to read about other villains, starting with Richard III. … He comes right out in the prologue and says I'm bad and I'm also pissed off at all of these other people, so watch me. That's what he says.

So I've always been interested in people who have considerable knowledge of themselves and know what they are capable of, but who might also have a change of direction fairly far into their villainous careers.

… I put nothing into these books that does not have a precedent in real life. So I also read about quite a few double agents and people who had

done undercover things because they disagreed with the system they found themselves in.”

Spoiler question: What makes Aunt Lydia turn against the regime that she has thrived in?

“She's getting old. So believe it or not, a lot of old people become more risk-taking as they go on because they don't have a lot of future to lose, number one.

Number two, people have treated her badly at the beginning of Gilead. And she's never forgotten that. She's going to get them back. As she says, ‘Once a judge, always a judge.’ She has judged them. So revenge is one of her motivations. It's a very human tendency. I don't applaud it. But we are vengeful. We'd like to see somebody get their comeuppance. So she has a little list.”

She is a closet feminist, she does believe in equal rights for women.

“Yeah, she was one of those before Gilead came in, and of course, you had to adjust your ideas pretty rapidly. But her choice at the beginning of it was go along with us and help us out — or bullet in the head.

… Bullet in the head …  that is not the choice she makes.” 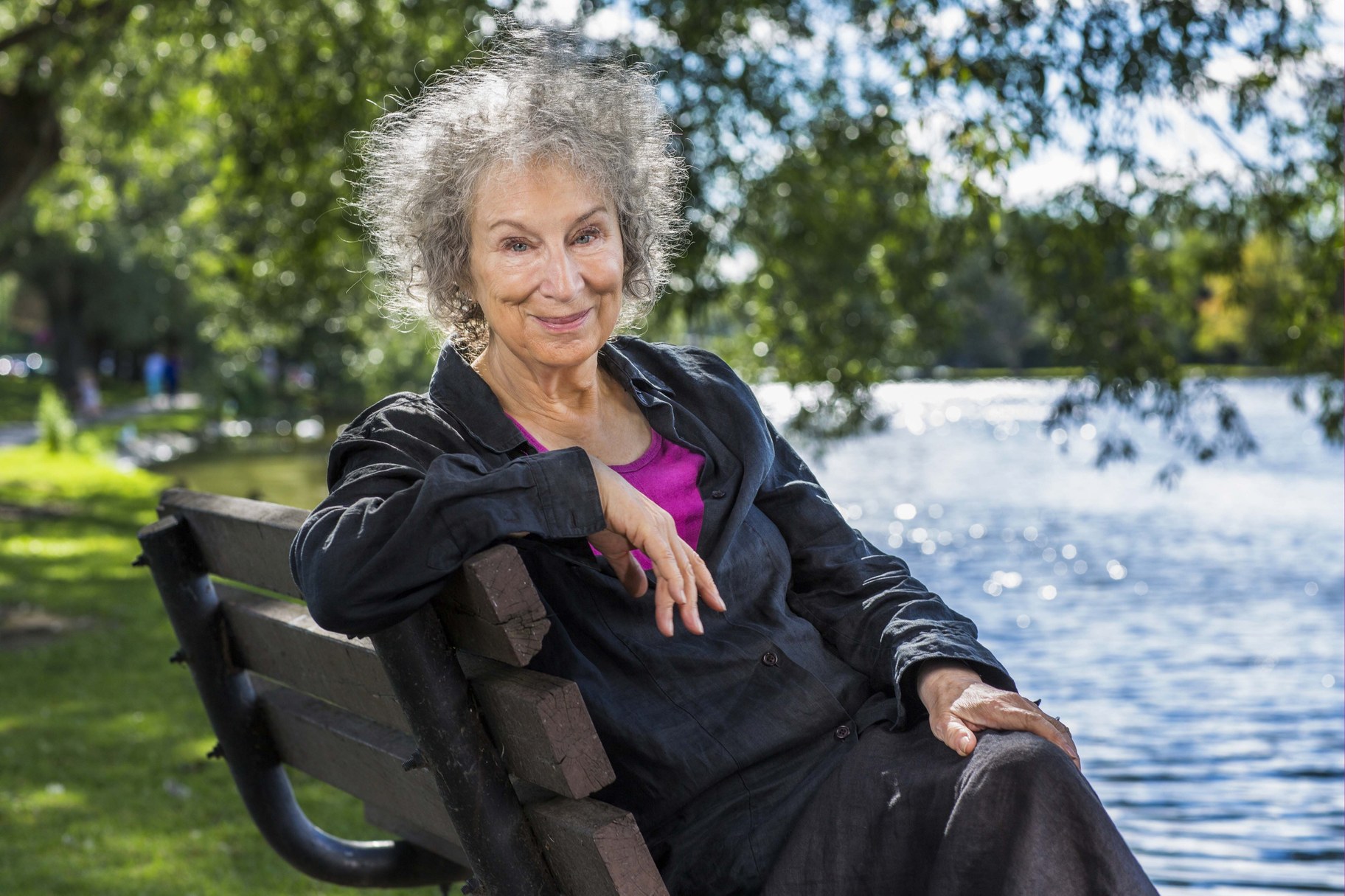 Margaret Atwood says, “I've always been interested in people who have considerable knowledge of themselves and know what they are capable of, but who might also have a change of direction fairly far into their villainous careers.” Photo credit: Liam Sharp

In 2017, you wrote an essay in the New York Times about what your book means in the age of Trump. You write that it’s an act of hope when Offred records her story, hides it, and trusts that it’ll be discovered by someone who's free to understand it and share it.

“It is an act of hope to record a story that a future reader will have access to because you're assuming that will be possible. And similarly with ‘The Testaments,’ Aunt Lydia … is similarly recording her story and hiding it, and that too supposes a future reader.”

Even if you are recording your story, will people believe it?

“It's an act of hope to suppose that they will, is that not? … The accounts that … people are going to be interested in are first person accounts. This is what happened today to me.

… There is a pretty famous diary that was kept during the 30s by a man who was not a liberal. He was an old conservative kind of guy. But he just hated the Nazis, and he was writing this account of what was happening and his feelings about what was happening as it was all taking place.  … They caught him in the end and shot him, but his manuscript survived. But there are a lot of those in history, people who have managed to get their story out under very difficult conditions. Who knows how many other manuscripts and accounts were written but didn't make it out.”

It presupposes that people will agree that what you're saying is the truth.

“Some people will and others won't. It's always the way. … Readers too are individual singular human beings, and they have different points of view. What they are going to think of the past, namely our present, will partly depend on what the future turns out to be. And we can't predict that because there isn't one future. There are multiple possible futures. And we don't know which way the cat is going to jump. So although the future we get is going to depend on the decisions we make now, we do not know whether the results of our decisions are going to be positive or negative.”

“My novels are not slices of joy, happiness and skipping about. They are fairly bleak in places, although I put in some jokes. But I haven't ever killed everybody off at the end. Not everybody. That would be pretty sad, would it not?”

Well, someone has to survive to tell the tale.

“Somebody has to survive to listen to the tale.”

On Saturday night, two LA County sheriff’s deputies were shot at point-blank range while sitting in their car outside a Compton Metro station.

KPCC reporter Josie Huang was arrested on Saturday night when she was covering the shooting of LA County sheriff’s deputies in Compton.

The future of fires and climate change in California

President Trump is in Northern California today to meet with Governor Newsom about the wildfires. More than 3 million acres have burned in California so far this year, and...

Margaret Atwood talks about her books, humanizing the character of Aunt Lydia, and how recording a story is an act of hope.

In 2008, a court appointed Britney Spears' father to be her conservator, meaning he controls her nearly $60 million estate.