A Hanukkah celebration in the U.S. among KCRW producers Jenny Hamel (left), Yael Even Or (center), and Michell Eloy (right). Photo by Yael Even Or/KCRW

Press Play producer Yael Even Or is from Israel, a mostly Jewish country.

In Israel, Hanukkah is not the spectacle it is in the U.S.

When Even Or was growing up, Hanukkah meant lighting candles for eight nights with a short blessing. But her family wasn’t perfect, so they usually lit candles four or five nights -- including the first and last candles. They also ate traditional fried food like latkes and sufganiyot. 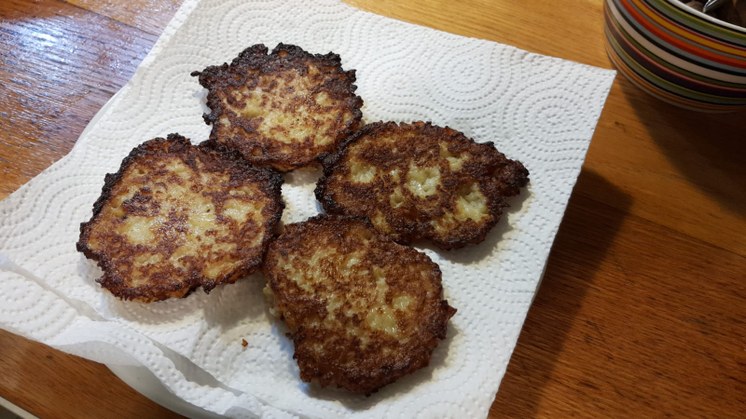 Latkes are fried potato pancakes. Photo courtesy of Roni Even Or

She came to the U.S. six years ago. “The whole holiday season thing just blew my mind. I was surprised by the fact that everyone knew about Hanukkah. Because they don't always know about other Jewish holidays. So I was like, ‘why Hanukkah?’ ”

Hanukkah in the U.S. grew somewhat as a response to Christmas, according to Jonathan Sarna, Professor of American Jewish History at Brandeis University.

“In early America, Hanukkah was certainly not an important Jewish holiday,” he says.

But by the late 19th Century, Jews were talking about a renewal of Hanukkah because Christmas had become so widely observed in the US.

“It had two purposes,” Sarna explains. “One was to give a Jewish response to Christmas. But the other was a holiday that would underscore Jewish peoplehood and the idea of Jews as a people, as nation.”

What also surprised Even Or about American Christmas was that kids received gifts.

In Israel, kids got gelt (money). Her mom also gave Even Or and her siblings chocolate coins. “She would trick us into thinking that we wouldn’t get any money this year. We’d only get the coins. And then there was a second envelope, and we’d get the money.”

There’s one Hannukah tradition that’s bigger in Israel than in the U.S.: eating sufganiyot, which are jelly-filled donuts. According to Even Or, Hanukkah is the only time people eat a ton of donuts. They go crazy over them. And every year, the donuts get more elaborate, and people start eating them earlier. 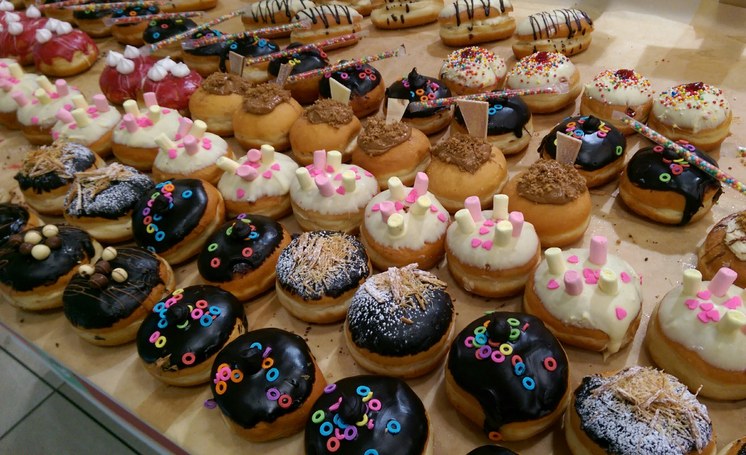 What are the allegations of illegal conduct by the Trump Foundation?

LA Unified School District announced today that it’s reached a salary agreement with the teachers union (UTLA), which came after a state-appointed fact finder recommended a...

What life is like along on the Texas-Mexico border

President Trump today said he would seek “different” sources to pay for the border wall. The LA Times’ Molly Hennessy Fiske has been writing about life in the border town of...

Global Trumpism and the subordination of women

Peter Beinart writes in the Atlantic that the right-wing populists rising to power across the world have one glaring thing in common: their desire to subordinate women.

Written by Amy Ta, produced by Yael Even Or Press Play producer Yael Even Or is from Israel, a mostly Jewish country. In Israel, Hanukkah is not the spectacle it is...