“Your brain is just a sponge. When you're at that age, you're just soaking up everything and taking lessons away from every little thing that happens. And when bad stuff happens to you at that time, it can truly leave a crater, and you have to work around it as you grow up,” says John Paul Brammer. Photo by Zack Knoll.

“Hola Papi” is the phrase that John Paul Brammer, who grew up in a Mexcian American family in rural Oklahoma, says white guys sent him on the gay dating app called Grindr. Brammer was raised in a small town with very few people, let alone any kind of gay or Mexican American community.

He knew this fetishizing phrase was just one of the many awkward, racialized moments that could come with online dating. But when he saw it, it stuck with him, even as he came out of the closet, moved to New York City, and became a writer.

Years later, when he was offered a job to write an advice column, he chose to call it “¡Hola Papi!” Now the column has become widely read for its humorous yet compassionate advice on issues like being single during the pandemic, coming out of the closet, and what to do if you’re jealous of your hot friend.

That column is now a book called “Hola Papi: How to Come Out in a Walmart Parking Lot and Other Life Lessons.”

Brammer says he started his column as a parody, wondering what if “Dear Abby” was on Grindr and a gay Mexican filled that role?

“I thought I was way better at making jokes than I would be at giving any sort of legitimate advice, because giving advice seemed to me to be an actual responsibility,” he tells KCRW. “Then the letters started coming in, and they were quite serious. And I realized I had to start taking the job [with] a little bit more responsibility.” 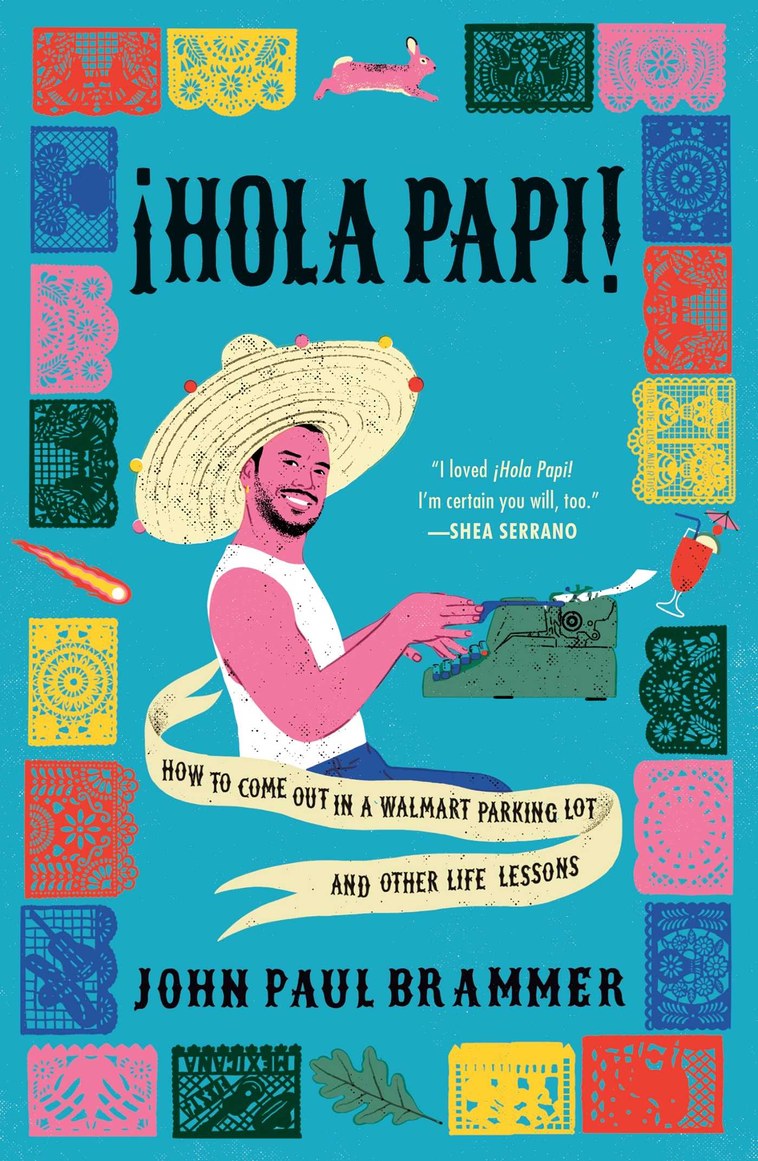 John Paul Brammer’s popular advice column is now a new book called “Hola Papi: How to Come Out in a Walmart Parking Lot and Other Life Lessons.”  Courtesy of Simon and Schuster.

The long-term effects of trauma

In Brammer’s rural hometown, he often faced merciless bullying and was labeled a social outcast by the time he was in middle school.

“One of the issues was: I was perceived as gay. … I wasn't at the time out to anyone. I didn't understand what my identity was. It was more that people were policing any sort of behavior that seemed out of line for a boy to have: the way I walked, the way I talked, [and] my interests.”

Eventually, a new kid moved to town, and Brammer thought it was his opportunity to befriend someone else who might be deemed an outcast by the popular kids at school.

“He actually instead immediately became popular, and that was where I learned what the power of humor and charisma can really do. It can make people accept things that they didn't accept before. He was wearing pink all the time. And he had a weird way of talking. But because he made people laugh, everyone else was suddenly cool with it, even though they were so fine with attacking me for it.”

Childhood bullying had long-term effects on Brammer. He explains,  “When I would make friends and they would make a little playful joke about me, my brain would immediately say, ‘They're about to turn on you. You need to fight or flight. You need to either hurt them back or you need to run away from this person.’”

He notes that when he started therapy, he began to recognize the extent of the trauma he sustained.

“Your brain is just a sponge. When you're at that age, you're just soaking up everything and taking lessons away from every little thing that happens. And when bad stuff happens to you at that time, it can truly leave a crater, and you have to work around it as you grow up.”

Later, when Brammer was back home for Thanksgiving, he received a message from a faceless profile on Grindr who turned out to be one of his bullies from middle school. The former bully said he didn’t know who Brammer was when asked.

“This is the person who, when I was in the lunchroom, he hit my face back and forth with a hotdog wiener and said, ‘I thought faggots were supposed to like this. Do you like this?” Brammer recalls. “The conclusion that I really reached was: This is a person who was very afraid. This was a person who thought that if they targeted me as publicly and viciously as they could, they could escape being in the position I was in.”

The cost of assimilation

Before emigrating to the U.S., Brammer's family lived in Chihuahua, Mexico. And when his grandparents arrived in America, they faced extreme hardships. His abuela (grandma) dropped out of elementary school because she struggled with English and turned to manual labor. His abuelo (grandpa) wasn’t allowed to sit with his baseball teammates at the same restaurant when he was a boy. But despite their struggles, they both believed in the American dream.

“They had this idea of America as this place that could provide maybe not for them, but for their children and their children's children. And they held that belief so close to their chest, and it really saturated almost everything they did.”

Unlike his grandparents, Brammer grew up seeped in American culture. He didn’t feel different from the other kids he grew up with.

“Then one little hiccup happens. And I think, ‘Wait. I'm not exactly like everyone else. What's going on here? And then I go on this whole identity crisis of trying to be an ‘authentic’ Mexican. But I have nothing to point to in my life that would validate that except for my abuelos, who actually engineered the way that my life looked at that moment.”

“There is very much an economy of assimilation and it often comes at the expense of other people. So for every inch that you assimilate in America or mainstream culture, or in a heterosexual world, in a cisgender world ... there has to be someone else who gets pushed further away.”

He adds, “That [doesn’t] necessarily mean that you're the villain or you're the bad person. It's just that it's a really difficult position that we put a lot of people in.”

What does it mean to be lonely?

In a recent column, Brammer admitted he hadn’t been in an official relationship since he had a girlfriend in high school. Being single for so long was difficult, especially due to the way society perceives loneliness.

“It comes with so much shame. There's this idea that, ‘Well, if I'm lonely, it means that I'm doing something wrong.’ But I think that when we admit that we're lonely, we actually are able to connect with a whole lot of other people who are also lonely. … It's not just romantic situations where people experience loneliness or unwantedness. It's all over the place, be it at our jobs with our friends.”

Though he’s an advice columnist, Brammer says he wants to make clear: “[It] doesn't mean I'm living this perfect life and I know exactly what you need to do.”