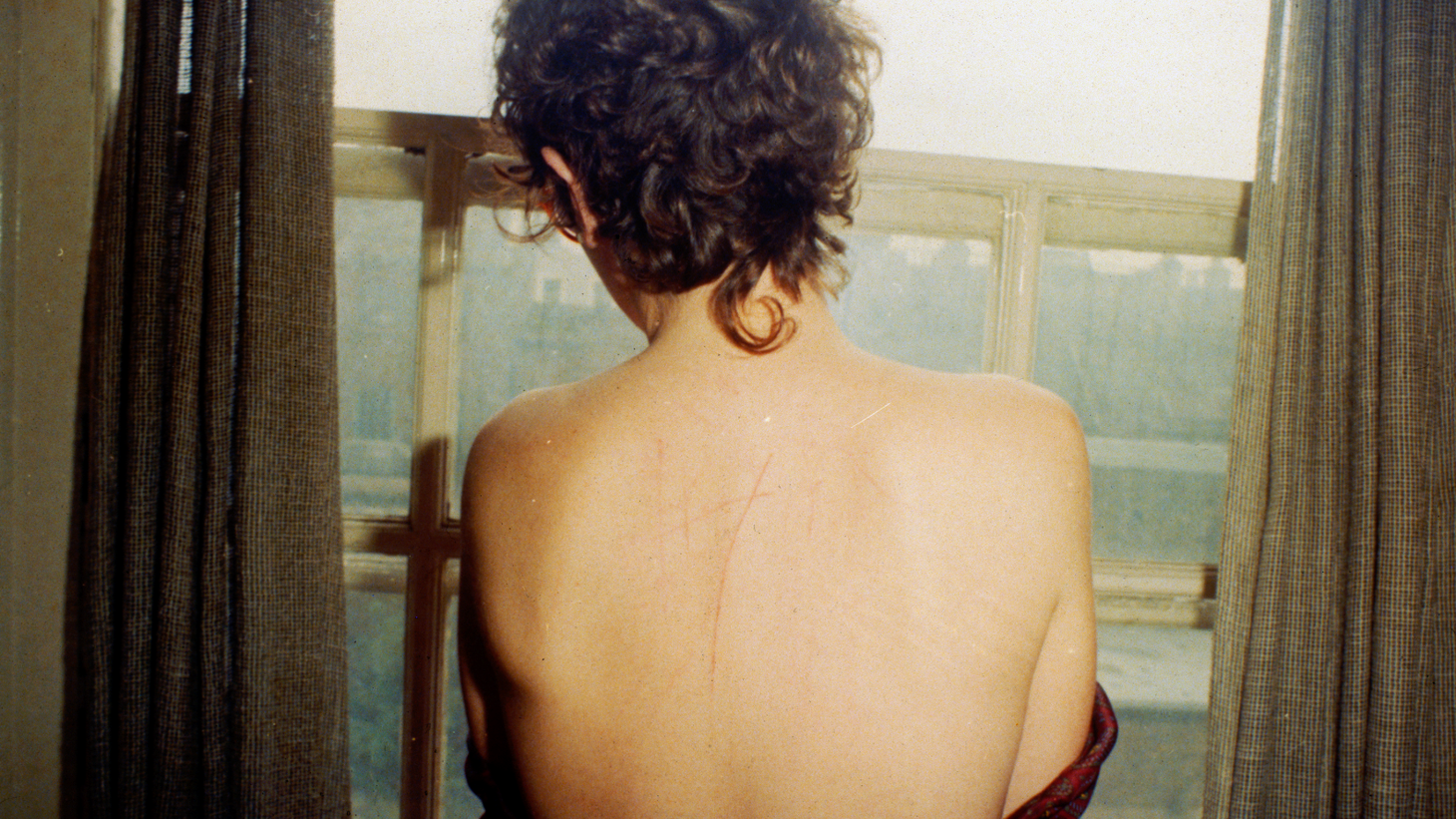 Nan Goldin’s self-portrait shows her scratched back after sex, London 1978. “[Nan Goldin] took the photographs both as a way to remind herself not to go back to the relationship, but that also people would see those photographs and be able to talk about domestic abuse. Society is very successful at placing shame … on people who are struggling, and yet the shame actually belongs someplace else,” says director Laura Poitras. Courtesy of Nan Goldin.

Photographer Nan Goldin is known for her pictures of people often shunned by mainstream society, including drag queens, sex workers, and AIDS patients. She was part of the community and often included herself when documenting the scene.

Her work is held in major museums around the world: the Louvre, the Guggenheim, the Metropolitan Museum of Art. When she began a campaign to shame those museums, it was a big deal. She tried getting museums and universities like Harvard to remove the Sackler name from their buildings — after she was prescribed Oxycontin for a wrist injury and became addicted. The Sackler family owns Purdue Pharma, which made $10 billion off Oxycontin after pushing it to doctors and lying about its addictive properties.

Poitras tells KCRW that Goldin was a major collaborator in this film — an approach that’s in-line with how the photographer documents the communities she covers.

Goldin grew up in suburban Maryland and was close with her sister Barbara, who took her own life when she was 18 after struggling with her mental health. Her story plays a big part in the film.

“It's a family story, but it's also a story about the stifling nature of American society, and how [in] the 1950s-1960s [what it was like] to be a woman to be sexual, to be rebellious, that these are all things that were stigmatized and in some cases, people were institutionalized for.”

Poitras says it’s an apt way to describe the stories featured in the documentary.

“There's so much cruelty and bloodshed in the film, but also there are these incredible acts of resistance and beauty of people rejecting the rules of the game and the status quo and fighting, and in some cases, winning.” 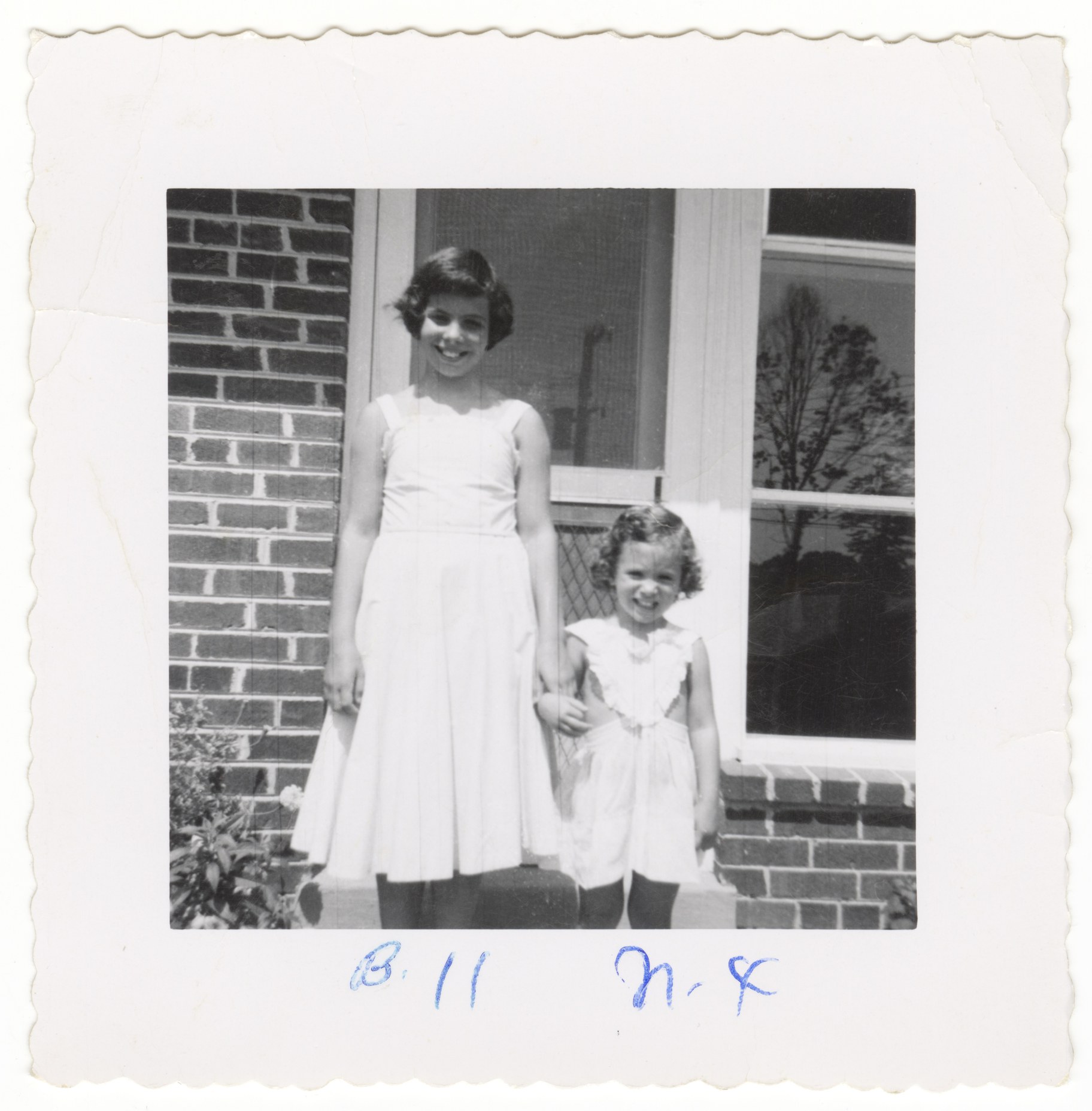 Goldin moved to New York in the late 1970s, where she gravitated toward the city’s underground communities, who felt they weren’t defined by the status quo. She spent a lot of time at Tin Pan Alley, a women-run bar.

“It's a totally different world than where you think of when you come to New York, and you try to find a gallery, and you try to show the work in elite institutions,” Poitras says. “She was driven by something maybe a bit more pure in terms of being an artist and the community of people that she was with. … As soon as she got a camera, she was fully on the path of dedicating her life to art making.”

Throughout “All the Beauty and the Bloodshed,” Goldin narrates her life and art through audio pulled from interviews with Poitras. She says that type of storytelling added to the intimacy of the film.

That includes a segment on Goldin’s series “The Ballad of Sexual Dependency,” which she created in 1985. In the film, Goldin describes a night in a hotel room where she experienced abuse at the hand of her former boyfriend.

“He just kept going for her eyes and it just felt like that was something that was so cruel. … We talked about that act of violence, but then she was like, ‘It's really important that we also show the love story of the relationship.’  … Otherwise, it just felt just about the violence. And that wasn't fully truthful to her experience.”

Poitras continues, “She took the photographs both as a way to remind herself not to go back to the relationship, but that also people would see those photographs and be able to talk about domestic abuse. Society is very successful at placing shame … on people who are struggling, and yet the shame actually belongs someplace else.”

She compares that sense of shame to how addicts are often seen by society: “The shame doesn't belong on [the] people who use drugs. It actually belongs on the Sackler family, the profiteers. … The wrong things are kept secret and that destroys people in this society.”

An era of activism

Goldin founded Prescription Addiction Intervention Now (PAIN) in 2017, which protested the Sackler family and its role in the opioid crisis. For years, Goldin and other activists staged demonstrations that were initially ignored by museums, including the Met. The institutions eventually agreed to their demands.

“They succeeded in getting the museums to stop taking more money — future money — from the Sacklers, which was a victory.”

That wasn’t enough, however, and PAIN demanded that the museums remove the Sackler name from the institutions.

“It took four years for these museums to say, ‘No, we're not going to allow this kind of whitewashing of blood money in the museum space.’”

Poitras says she doesn’t think the campaign would’ve been successful if Goldin hadn’t been part of the initiative.

“The evidence was so vast, and yet [Sackler] names are still on the museums. They were still invited to New York and London, and I think it really was the work of PAIN to really shift the shame onto them, to the family, to make it impossible for them to maintain their position in these institutions.”

Poitras points out that while “All the Beauty and the Bloodshed” depicts PAIN’s successes, the Sackler family is still reaping the benefits of its drug peddling.

“The bittersweet thing is [that] the film does show victories. And yet it also shows the cruelty of American society. The fact that [Sackler] buys themselves out of future legal cases by shopping around for a bankruptcy judge, etc. It's still a very dark story about lack of accountability.”

Iran’s morality police has been subject to months of protests after the death of Mahsa Amini in its custody. What happens next?

The Supreme Court today heard arguments in a case involving a Colorado web designer who doesn't want to work with same-sex couples.

How ‘the man in black’ reached redemption through religion

After superstar Johnny Cash attempted to take his own life, he reconnected with the faith of his youth, which guided him until he died. His spiritual journey is the subject...