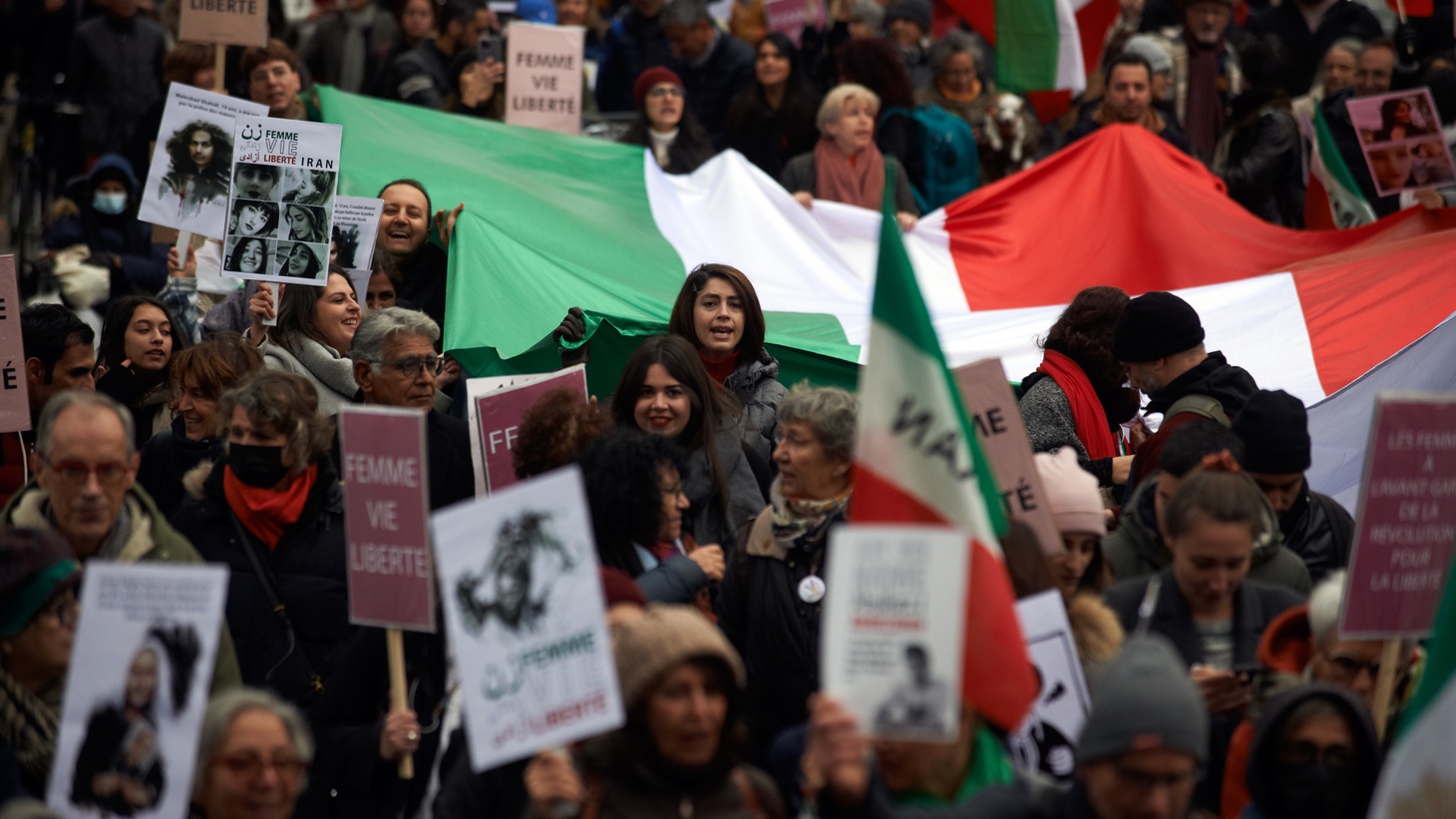 Protesters wave a giant Iranian flag, December 3 2022. Iranians of Toulouse organized a protest in solidarity with women in Iran, following the death of Mahsa Amini, who died after being arrested by the Islamic republic's “morality police.” Credit: Photo by Alain Pitton/NurPhoto via Reuters Connect.

Conflicting reports about the state of Iran’s morality police are spreading after the country’s attorney general said the entity has been disbanded. Iran’s state-sponsored news media says his words were misinterpreted. The abolition of the police force would be a huge concession to protesters who have been demonstrating for the last three months over the death of Mahsa Amini. The 22-year-old died in the custody of Iran’s morality police in September after she was arrested for improperly wearing her hijab.

Iran’s morality police has been subject to months of protests after the death of Mahsa Amini in its custody. What happens next?

The Supreme Court today heard arguments in a case involving a Colorado web designer who doesn't want to work with same-sex couples.

How ‘the man in black’ reached redemption through religion

After superstar Johnny Cash attempted to take his own life, he reconnected with the faith of his youth, which guided him until he died. His spiritual journey is the subject...