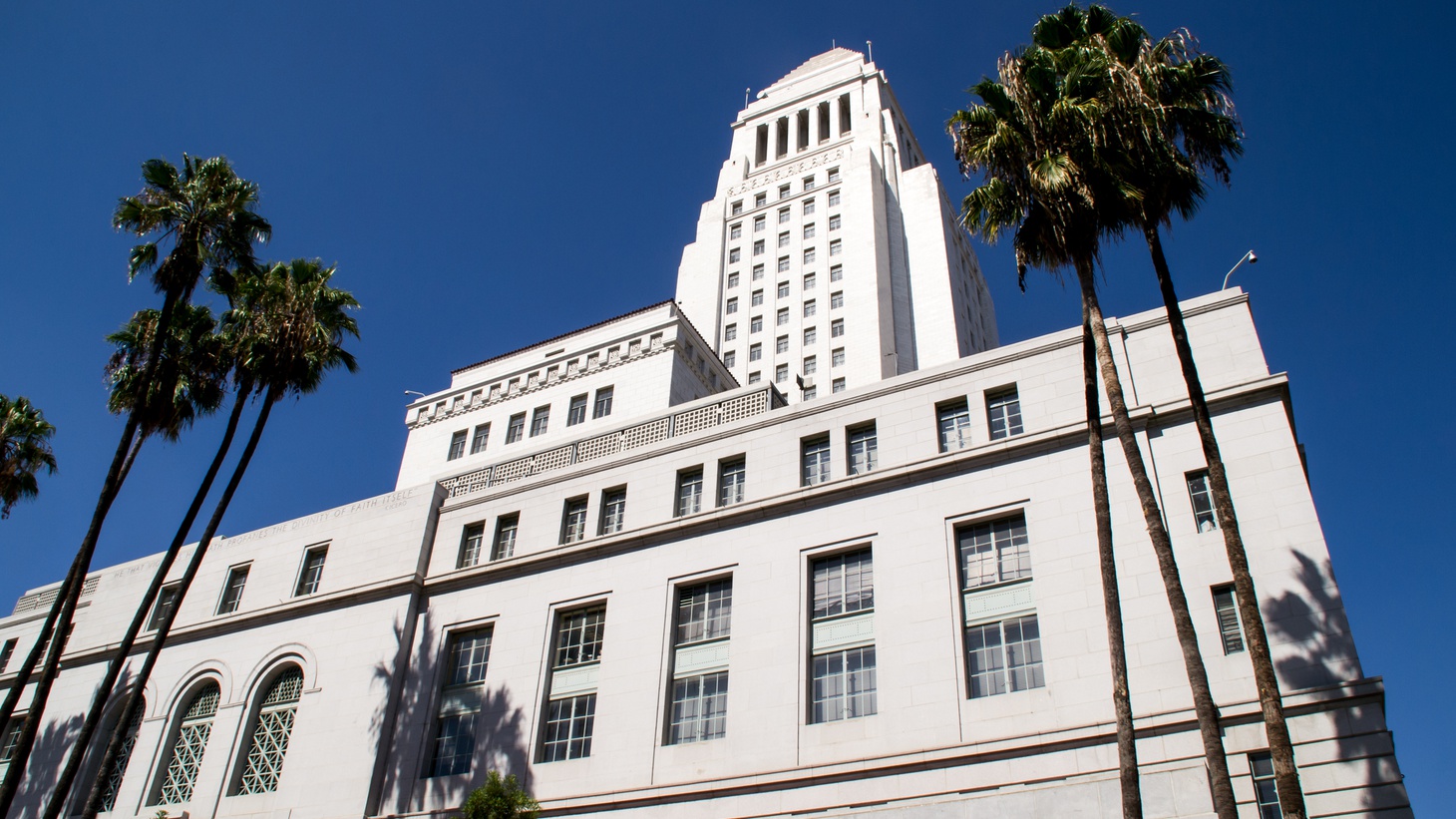 Who will take over the mayor’s office at LA City Hall? The mayoral race is heating up as candidates participated in their first live TV debate on February 22. Photo by Shutterstock.

Fernando Guerra moderated the night. He’s a political science professor and director of the Center for the Study of Los Angeles. He tells KCRW that the protests represent a marked frustration among many Angelenos who want to express their perspectives, including on the matter of defunding the police. He says that all five candidates on stage, as well as Caruso, expressed they would either increase or keep the police budget as it currently stands.

He says that despite calls to defund the police after the racial reckoning of 2020, a perceived uptick in crime has started to sway public opinion.

“You've seen the visuals of this smash-and-grab type of thing,” he explains. “While crime is increasing today … we are still in a historic low crime period in the history of Los Angeles and in the history of urban America. People don't think about what was going on 10, 15, 20, 25 years ago. They think about last year, and they're frustrated about that. These candidates are picking that up and beginning to change their language.”

LA homelessness was another hot topic during the debate. Four candidates, outside of Mel Wilson, agreed that homlessness is the number one issue facing the city.

Guerra says several candidates, including Congresswoman Karen Bass, agreed to declare a state of emergency to address the crisis. But he notes that a local state of emergency, as opposed to a state or federal version, is more of a symbolic move.

Looking forward to the heart of election season, Guerra says this year might bring historic turnout. That’s due in part to voting by mail becoming permanent as of last year.

LA mayoral race: Where candidates stand on crime and homelessness

LAPD budgeting, crime, homelessness took center stage during the first live TV debate in the race for LA’s next mayor.

A public health leader who fought for the poor: Remembering Paul Farmer

The story of Cyrano de Bergerac is now re-envisioned as a musical with Peter Dinklage as the lead, and instead of a big nose, his stature is what keeps him from love.

Hank the Tank: How to stop a 500-pound bear from breaking into your home?