LA grew up in about 100 years to become influential worldwide, according to UCLA’s Peter Lunenfeld. Photo by Pixabay.

Many writers have taken a stab at describing the essence of Los Angeles. Dorothy Parker: "72 suburbs in search of a city." Truman Capote: “It is redundant to die in Los Angeles.” Now add to the canon a book called “City at the Edge of Forever: Los Angeles Reimagined.” In it, Peter Lunenfeld attempts to break down the essence of this place to the elements — like an alchemist might. Lunenfeld is Vice Chair of UCLA’s Department of Design Media Arts.

He moved to LA in 1988. He says, “I spent decades observing, driving around, and trying to fit together all these disparate elements. The multiple ecologies we have here, the extraordinary groups of people from all over the world. And all of it grew up essentially in about 100 years. And how does something that grows so fast become so influential worldwide?”

He continues, “I thought about how the earth was originally something the indigienous peoples here had this long connection to, and then that was stolen from them by Spanish priests, and all of that earth was turned into real estate. … That’s followed by fire, which is oil. When you look at downtown Los Angeles at those teens and 20s buildings, that’s oil money solidified into architecture. And then after that comes air. … And then pretty much since [the 1990s] … water’s been incredibly important because of the ports. … And then there’s the last thing … glamour, that’s Hollywood, and that’s the thing that I think still defines so much of Los Angeles for the people who don’t live here.” 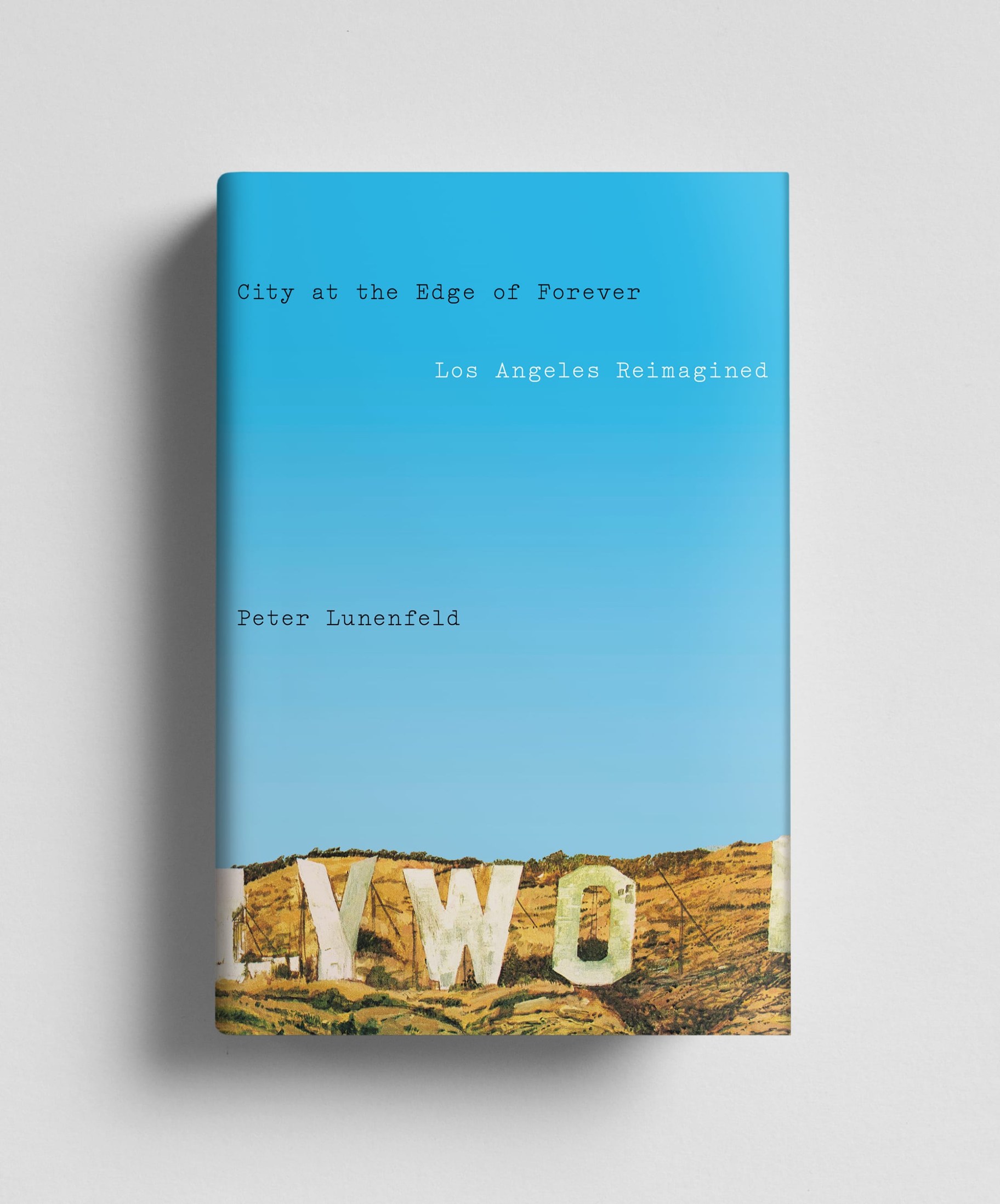 "There it is. Take it.” So William Mulholland addressed the thirty thousand flag-waving people who’d hiked, driven, and arrived on horseback at the terminus of the Los Angeles Aqueduct. Deep in the dusty San Fernando Valley on November 5, 1913, the band played “Yankee Doodle” as the sluice gates opened and millions of gallons of water flowed down from the Owens River, more than two hundred miles away. Mulholland had engineered the marvel of the age, irrigating the Valley and quenching the city’s thirst. His great public work performed an alchemical transformation on the landscape, transmuting a town into a metropolis as the arid desert around it blossomed into lush farmland. There is no question that Mulholland made the twentieth century possible in the City of Angels. A man of few words, Mulholland managed to be both laconic and ambiguous: “There it is. Take it.” What is the “it” to which he referred? Many commenters take “it” as a simple description of the water, while others see “it” as a ceremonial offering of a marvel of infrastructure. There is, however, another way to understand “it” as something less material and more mythic: “it” was the future, the tomorrow that Los Angeles lives in the twenty-first century.

Like so many drawn to the edge of the Pacific Ocean, William Mulholland came in search of a new world, and so he created one. The place that he made possible is crowned by a road that snakes atop the Santa Monica Mountains and the Hollywood Hills. Just above the Hollywood Bowl, there’s a vantage point from which, on a clear day, Hollywood, downtown, the Valley, the surrounding mountains, and even the Pacific Ocean are all visible simultaneously—one of the few places where Los Angeles coheres as a whole. This road is appropriately named Mulholland Drive, and when you look out from that point, you see, manifested in the city’s present, the future toward which its greatest engineer pointed in the past.

Los Angeles County had a population of 3,530 in 1850, which grew to just over a half million people when Mulholland opened the aqueduct and to more than ten million today, with so many layers of history accumulating so quickly that the kinds of narrative arcs we use to explain the trajectories of older cities simply do not apply. The city expanded out of the historic downtown core to colonize sprawling Valley suburbs. Sleepy beach towns outgrew their origins to emerge as economic dynamos. Newcomers never stopped coming, scaling the hills, building houses on stilts, gridding out the desert, carving cul-de-sacs from the sagebrush. As it flourished, Los Angeles fostered a uniquely creative spirit, its cultures reflecting a horizon- tal city rather than a vertical one, the width of new frontiers offering the opportunity to escape from top-down cultural hierarchies. In Los Angeles, all was change and novelty for a century, and the city’s history was seen to be of little use to its future. There would be no end to it: Los Angeles, the city fated to be eternally at the edge of forever.

But it turns out that the city’s fate was not eternal. The result of all of Los Angeles’s building and moving and wanting and failing and trying again is that even the edge of forever has developed a history, and the task of the present is to make that history legible. Treating Southern California as an ever-refreshing Etch A Sketch, a tabula rasa that could never be filled, freed generations to explore their own possibilities, but all of that worked better when history was thinner on the ground. Now those looking to build new and improved futures need to be familiar with what worked, what didn’t, what was prohibited from being tried in the first place, and why.

“Every great burst of human creativity in history is an urban phenomenon.” What makes charting Los Angeles in the twentieth century so elusive is that during those dizzying hundred years the city didn’t just expand in population; it exploded into global significance. There are many reasons for this, demographic, economic, and political, but I would argue that Los Angeles’s eruption into worldwide prominence follows its ramp-up of the arts, architecture, design, cuisines, music, theater, and literary cultures, not to mention technical and scientific accomplishments, at a speed and with a reach unprecedented in human history.

In 1927 Don Ryan, a journalist turned studio hack turned occasional novelist, presciently claimed that Los Angeles is the “city with the aspirations for the Los Angelicization of the world.” The rest of the world has inherited ideas about automobile-dependent urban, suburban, and exurban development from Los Angeles, and while you won’t find mini-malls (an LA invention) in historic city centers, you will find them popping up on their peripheries all across the globe, the architectural equivalents of invasive, non- native plants. But the propensity for blending the inside and the outside, for eschewing the formal for the casual, and the city’s willingness to reinvent, to strive for limitlessness, and to embrace pleasure, all of this and more made Los Angeles a center of gravity in global culture.