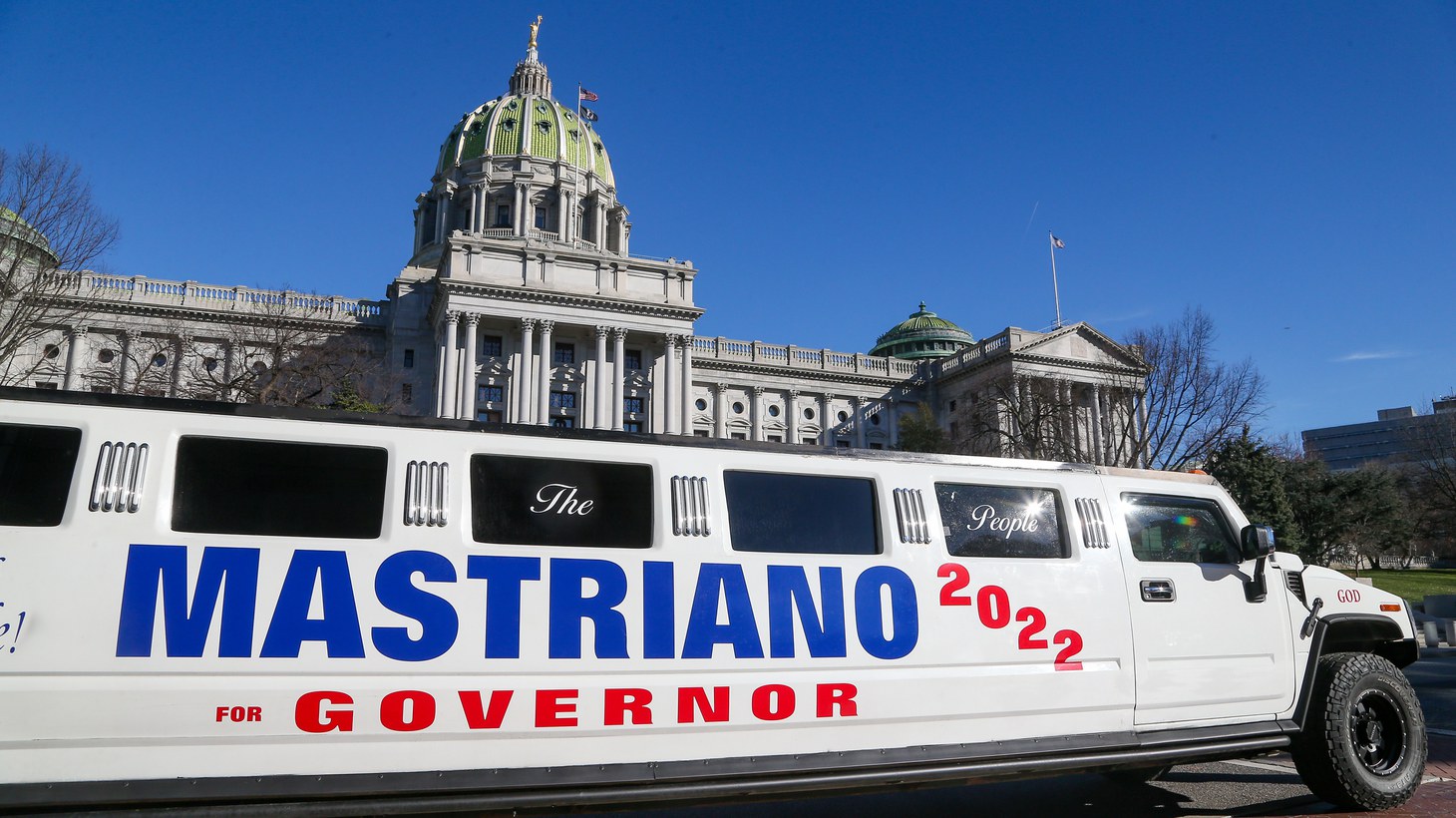 A Hummer stretch limousine is parked at the Pennsylvania State Capitol during Doug Mastriano's rally against vaccine mandates in Harrisburg, Pennsylvania on December 14, 2021. Photo by Paul Weaver/Sipa USA.

Pennsylvania Lieutenant Governor John Fetterman won the Democratic nominee for U.S. Senate on Tuesday night. He has been in the hospital since Friday after suffering from a stroke. Fetterman handily defeated his challenger, moderate Democratic U.S. Congressman Conor Lamb by 30 points.

The Senate primary on the Republican side is still too close to call, and an automatic recount is likely in the race between hedge fund manager David McCormick and celebrity TV doctor Mehmet Oz.

Republicans also nominated a far-right candidate for governor, State Senator Doug Mastriano, who supported former President Donald Trump’s efforts to overturn the 2020 election and was photographed at the U.S. Capitol on January 6. What do these primary races mean for the rest of the country?

In Pennsylvania, John Fetterman, who recently had a stroke, won the Democratic nomination for Senate. Doug Mastriano, who backed Trump’s efforts to overturn the 2020...

It’s not true that corporations are orchestrating inflation because they see an opportunity to pad their bottom lines, says the Washington Post’s Catherine Rampell.

At California’s competitive Lowell High School, many students are from working-class Asian families, and they’re struggling to get into Ivy League colleges.

Spring fruit: What can you make with strawberries, blueberries, Meyer lemons?