It’s been forty years this month since the Ramones released their first album. The self-titled debut came out in April 1976, and on the iconic cover by Punk Magazine photographer Roberta Bayley, the boys stand slouched in their leather jackets and tough-guy poses in front of a graffitied brick wall. “Ramones,” and songs like “Blitzkrieg Bop,” kick-started the punk movement, appealing to disaffected kids who were ready for a change from the bloat and bombast of 70s arena rock – kids like Henry Rollins. Rollins went on to have his own career in punk as the frontman for the band Black Flag. He spoke with Press Play producer Christian Bordal about his memories of the Ramones first album and why the band means so much to him. 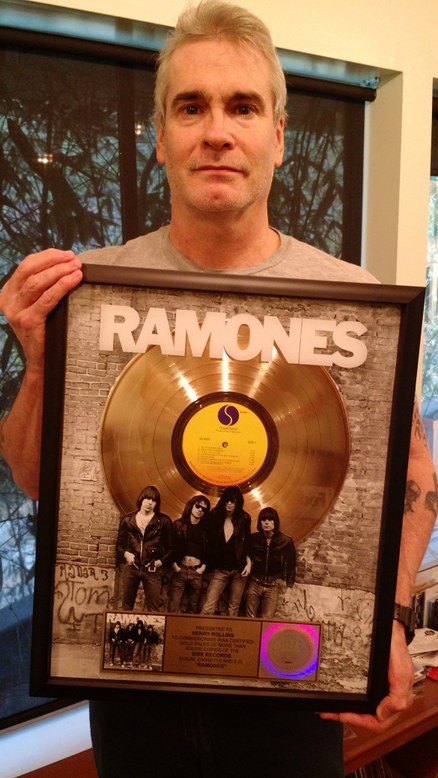 The Moth Radio Hour Helps Map the Brain, and Henry Rollins on the Ramones

UC Berkeley scientists recently used audio from “The Moth Radio Hour” to study where we file away the meanings of words in our brains , giving researchers an...

For gardeners, weeding can be a sometimes-unpleasant, but necessary task, and it’s the same for librarians. When they take books out of circulation, it’s referred to as ‘...

Edward Snowden is no longer just a symbol of the fight for freedom from surveillance, he’s become a major motion picture. Joseph Gordon-Levitt stars as the whistleblower in...

It’s been forty years this month since the Ramones released their first album. The self-titled debut came out in April 1976, and on the iconic cover by Punk Magazine...

Comcast to buy Dreamworks Animation. Is the Mass Media Company Too Massive?

Dreamworks Animation will be sold to Comcast for $3.8 billion . The animation company will join an already-crowded Comcast portfolio that includes Universal Pictures, Focus...