Many people have turned to video games as they’re under “stay-at-home” orders and have more free time. Many have picked up “Animal Crossing: New Horizons,” which came out in late March for the Nintendo Switch.

“Right now when you have sort of the crushing tonnage of headlines, it can be very hard to take a necessary mental health break from everything that's going on in the world. And sometimes you have to in order to be able to process what the next day is going to give you. And ‘Animal Crossing’ is very good for that. It is an escape in almost every possible way,” says Kyle Buchanan, pop culture writer for the New York Times.

The game is like Farmville or the Sims, except you’re building your own island village, trading fruit for money, and talking to strangers bearing gifts.

“It's this kind of cartoonish, innocent but witty Pixar kind of Nintendo game, where you get flown to an island, you start building your house, you start renovating the island, and you attract other villagers to that island,” Buchanan describes.

The game also runs on a real-time clock. So 2 pm in real life is 2 pm on the island. If you play at night, some villagers will be sleeping, but rare animals might be around. 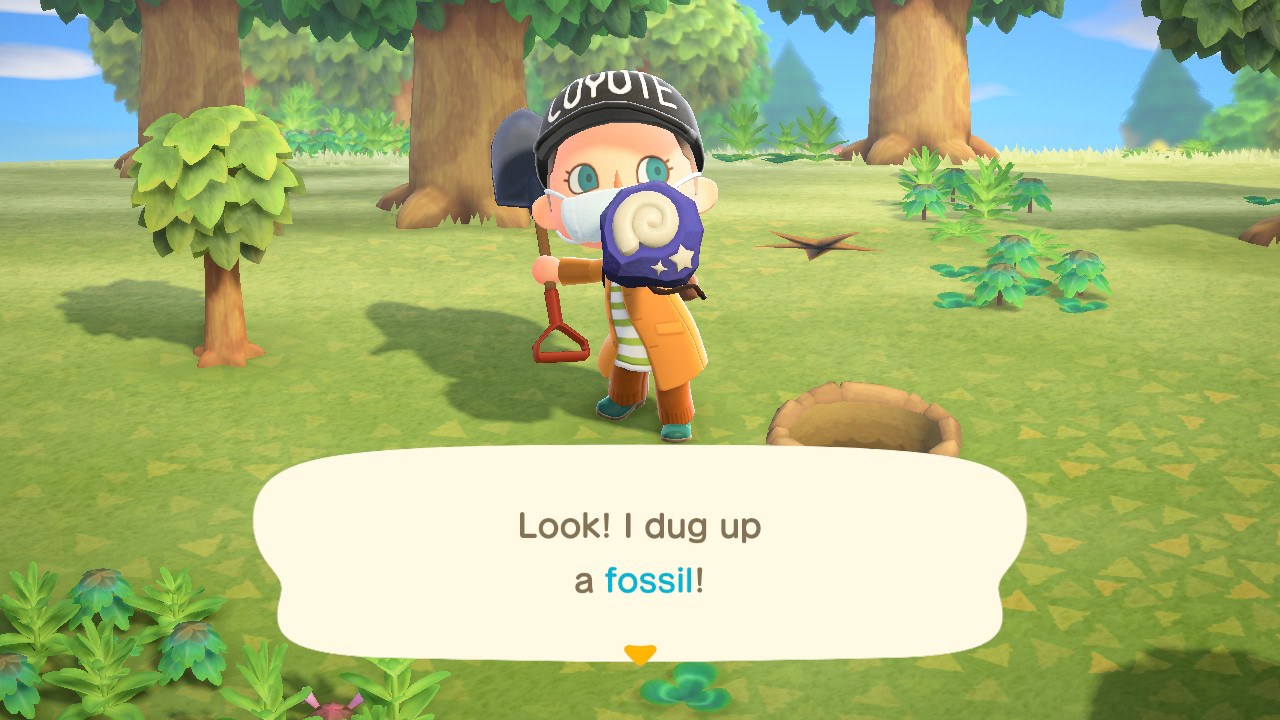 You find cool objects, such as fossils, in “Animal Crossing.” Credit: Kyle Buchanan.

“Your day inside the game is basically whatever you make of it. You can try to make some money by selling some fish. Or you can … gossip, walk around with your new island friends and see what's going on with them. There's all sorts of things that you can do, and all sorts of ways you can customize the island,” Buchanan says.

“I went over to a friend's house who was far wealthier in the game than I was. And he had the most sort of expensive items, things that I didn't even know you could get,” says Buchanan. 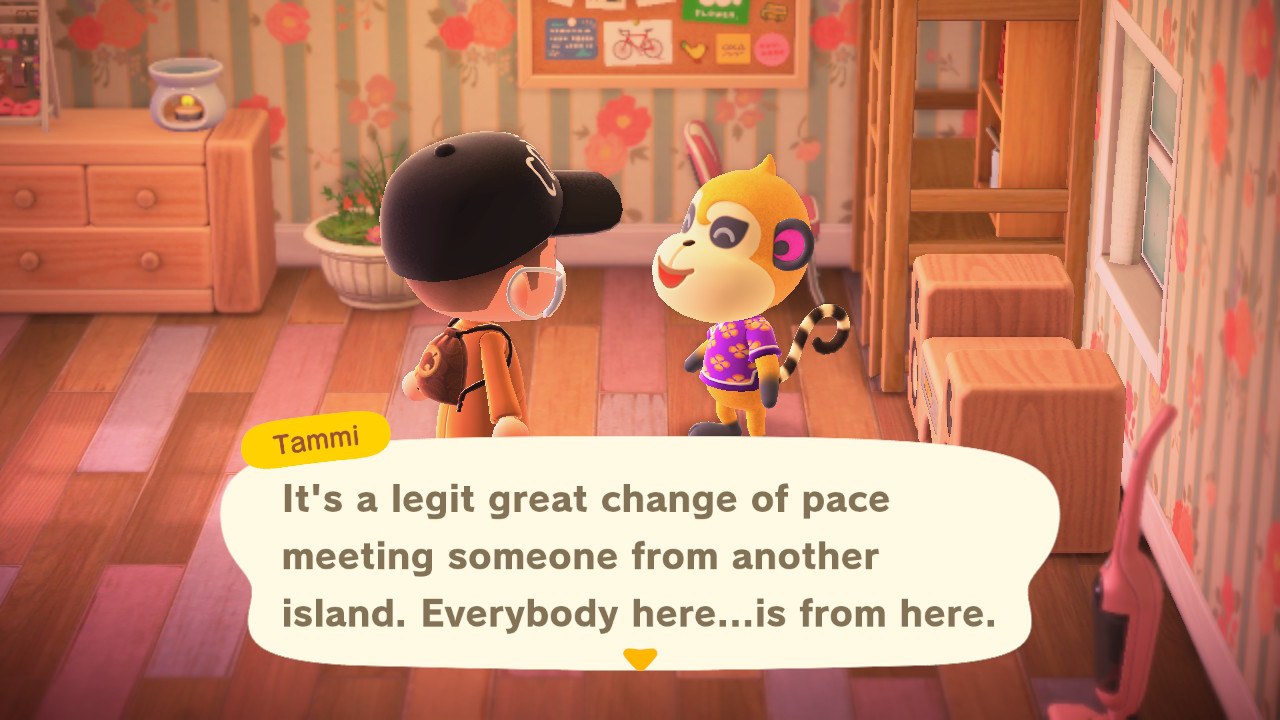 “It's kind of an interesting thing because at this point, I'm not having visitors over to my real-life house. My clothes are just sort of slung onto couches or chairs. But on my digital house, every time somebody comes over online, I'm like, ‘Oh, I got to make sure it looks really good.’ I want to put some cute stuff up on the walls, and maybe buy some wallpaper, and see what they think of it.”

He notes there’s a little digital “keeping up with the Joneses” at play.

But overall, he says, “It's kind of fun just to have people over, and to feel … excitement that somebody is visiting.” 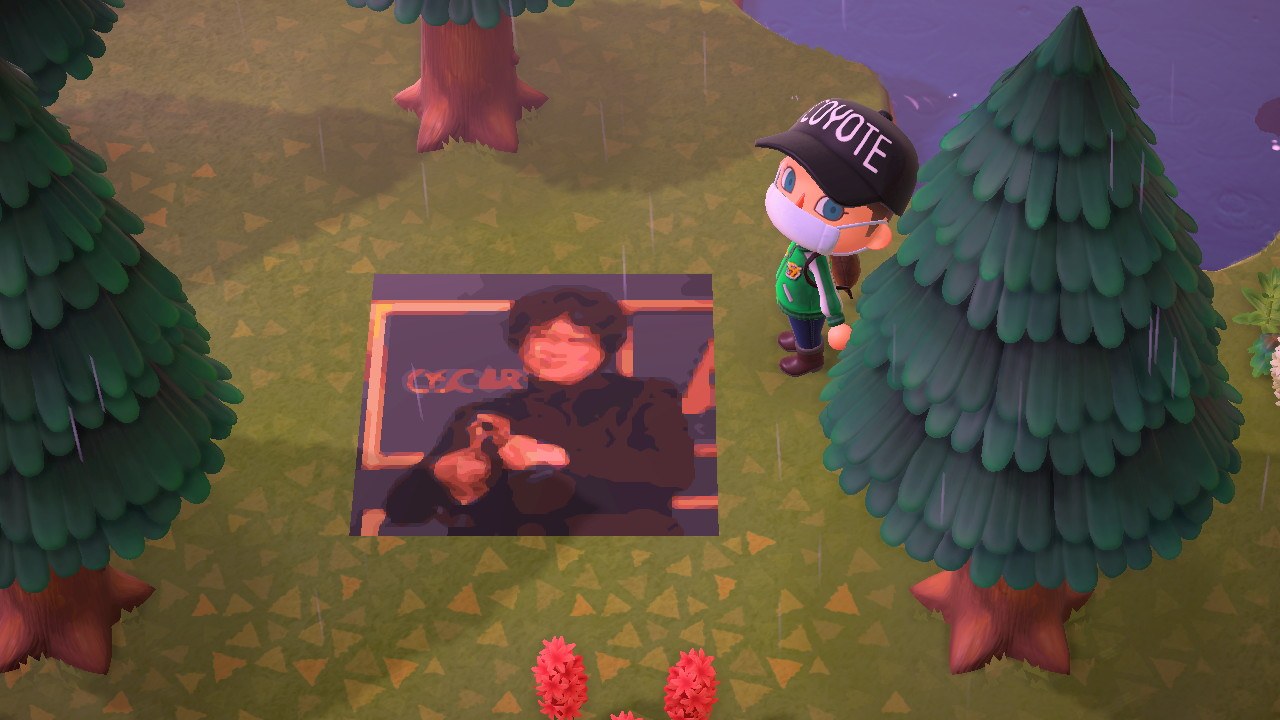