We’re all supposed to be wearing masks in public now. But for black men, wearing a mask can be problematic.

A tweet by a man named Aaron Thomas went viral this week. He said he wouldn’t wear anything that isn’t clearly a protective mask.

I don’t feel safe wearing a handkerchief or something else that isn’t CLEARLY a protective mask covering my face to the store because I am a Black man living in this world. I want to stay alive but I also want to stay alive.

He said to NPR’s “Here and Now” this week, “There’s literally no way that I felt comfortable and/or safe walking into a convenience store, a grocery store, a pharmacy with a bandana or something else like a scarf covering my face. You know black folks and communities of colors [sic] are hyper-aware of the dangers every time we hear the house.”

Armour says black folks are facing a “pick your poison” dilemma: “You decrease your risk of contracting COVID-19 and spreading it to others by wearing masks that increase your risk of being mistaken for a dangerous criminal, and possibly either getting gunned down, or perhaps even thrown in jail and packed with others who are potentially infected people.”

Does the kind of mask matter, such as a bandana vs. surgical mask?

“So that might trigger certain stereotypes in people's minds. But even if I'm wearing a surgical mask, it still conceals my identity to a large extent. And for those who are prone to being suspicious, especially of people of color,” he says.

He concludes that there might be very little difference — in terms of the social effect — between a homemade v. standard-issue mask.

Is this a bigger problem in LA because of gangs here?

In LA, certain colors are linked to certain gangs, police have issued guidance for how gangs are identified, and people can be arrested for associating with a gang member.

“This COVID crisis really exposes and aggravates a lot of underlying inequalities and disparities. … Some of them may be connected to gang identification,” Armour says. “We know that the LA metropolitan unit has had problems misidentifying a lot of citizens as gang members when they're not — simply because they have some trappings of gang members that are part of the popular culture costume these days.”

He also points out that COVID-19 infection rates are higher among people of color, as well as homeless populations, and those with disabilities and lower incomes.

If everyone’s wearing a mask in public, would men of color not be viewed as suspiciously?

“You would hope that,” says Armour.

He gives the example of hooded sweatshirts, however. “I see a lot of people of all races wearing hoodies all the time. Hoodies on a black person carry a different social meaning than a hoodie on a non-black person, as we saw with Trayvon Martin. Rest in peace, Trayvon Martin. You have people like Geraldo Rivera saying that the reason Trayvon was shot down was because of the hoodie rather than other kinds of factors.” 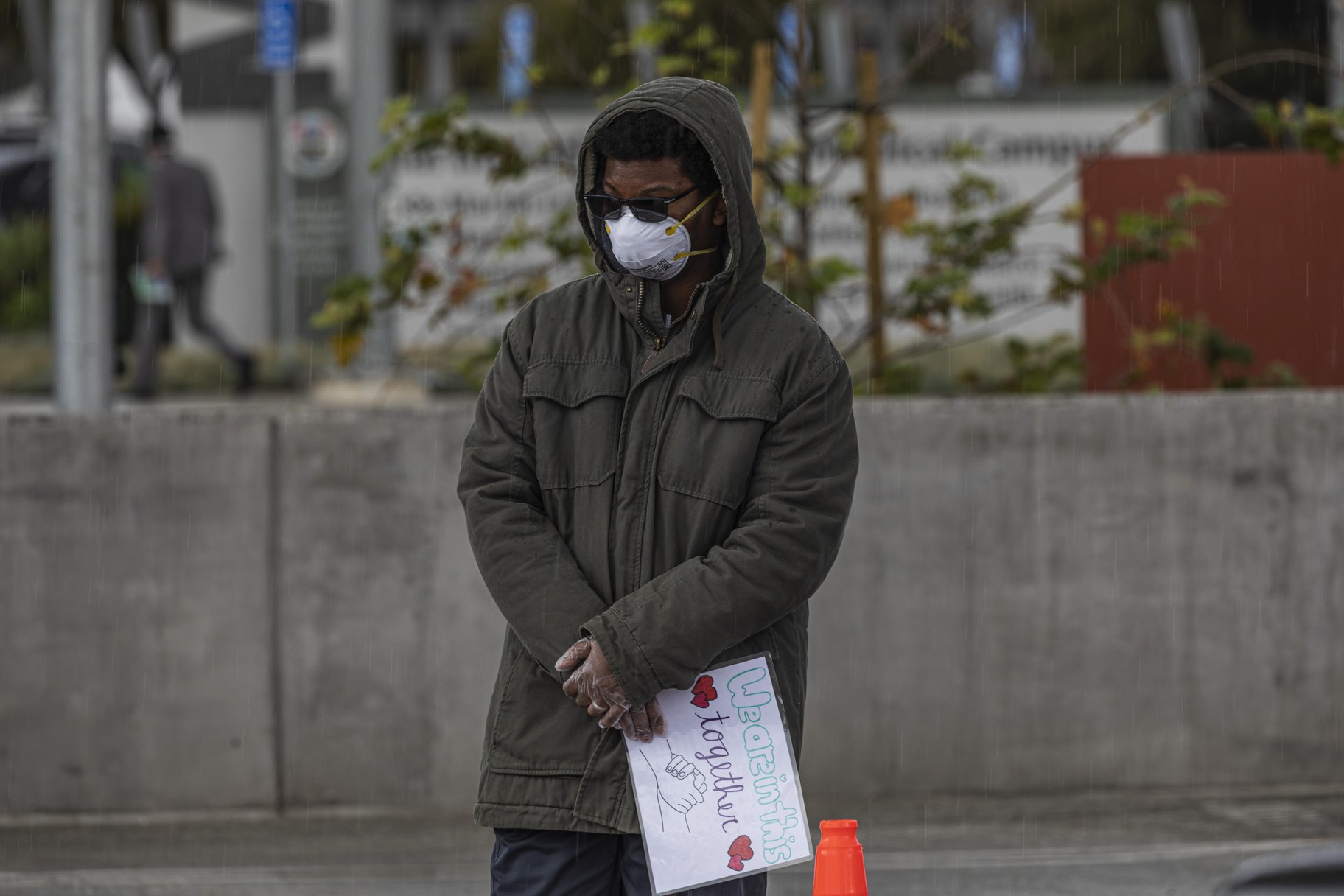 “So I'm not so sure that the ubiquity of the masks will actually override the unconscious and conscious biases that trigger and fuel racial profiling,” Armour says.

What will Armour do now, and what does he recommend other black men to do?

He responds, “You want to be civic minded. You want to look out for your neighbors and not expose them to infections by wearing masks. And you want to protect yourself. You want to get home alive, on the one hand,” Armour responds.

“And on the other hand, you want to get home alive. You also don't want to be mistaken for an assailant. So you really are on the horns of a dilemma,” he continues.

Armour says this is part of the “black tax blues.”

“You're going to have to pay this tax. … I tell my sons all the time: Part of being a black person in America … you know that you have the blood of a slave. But you have to have the heart of a lion — to go out here into the public place knowing that people are going to have stereotypes about you that expose you to threats. And live your life anyway.”