Soprano Tiffany Townsend (left) as Léontine and tenor Robert Stahley (right) as Valcour, with dancers Andrea Beasom and Daniel Lindgren in an LA Opera performance of “The Anonymous Lover.” Photo by Larry Ho.

LA Opera is back — with performances that patrons can watch at home. Their first show since the coronavirus pandemic hit, “The Anonymous Lover,” was written by 18th century composer Joseph Bologne. He was one of the first known Black classical composers.

This production of “The Anonymous Lover” is directed by Bruce Lemon Jr., who grew up in Watts. 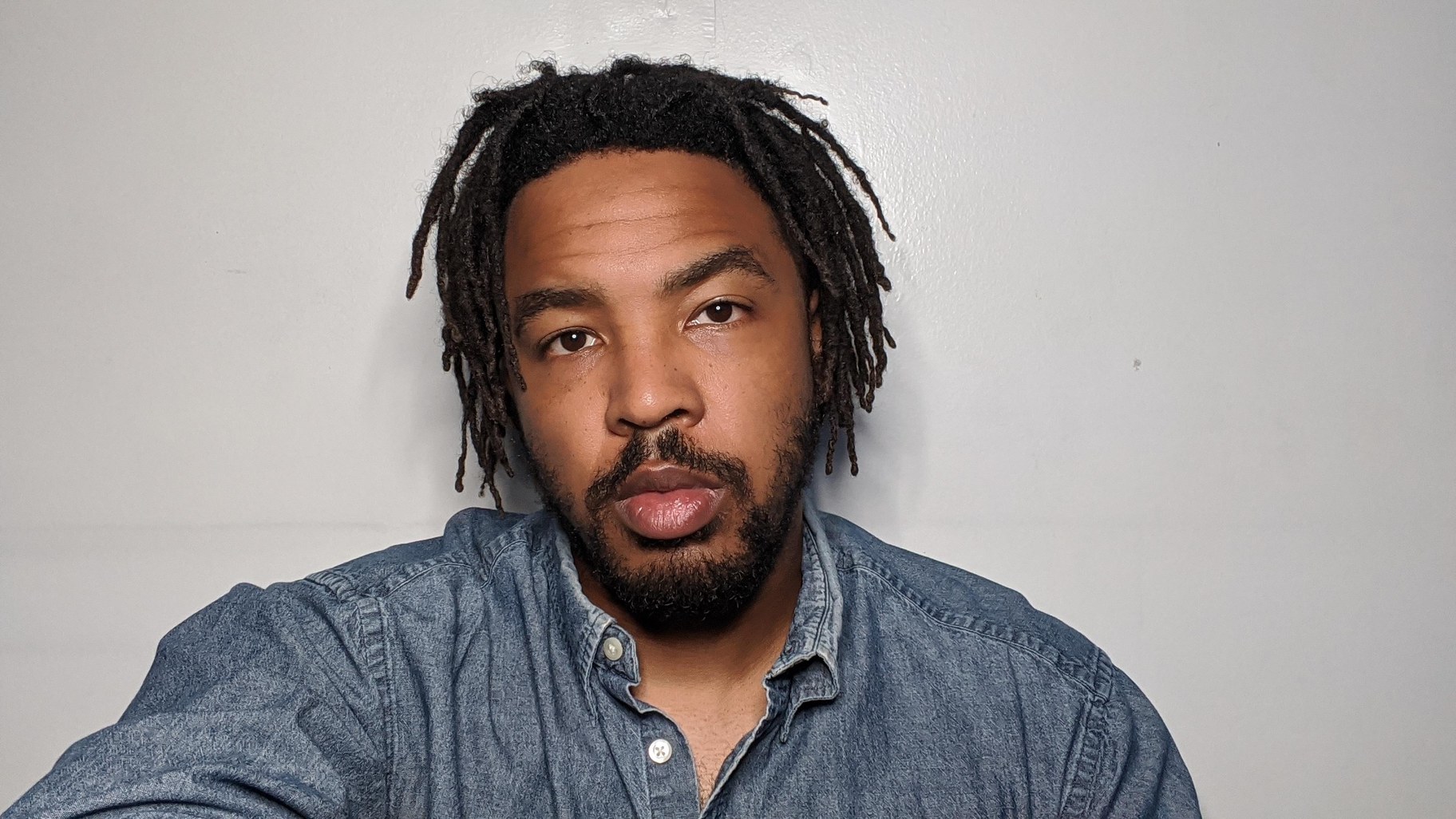 Lemon Jr. says Bologne was the son of a wealthy French plantation owner and a woman who was enslaved. He was later taken from the Caribbean island of Guadeloupe to France, where he received an aristocratic education and grooming.

Due to his African ancestry, Bologne did not receive a title, but became a  violin player, a soldier, and head of a local opera house.

“How many artists have contributed to all the forms of art that we love and all the technology and everything that we love, that we don't know about merely because they're not white men?” 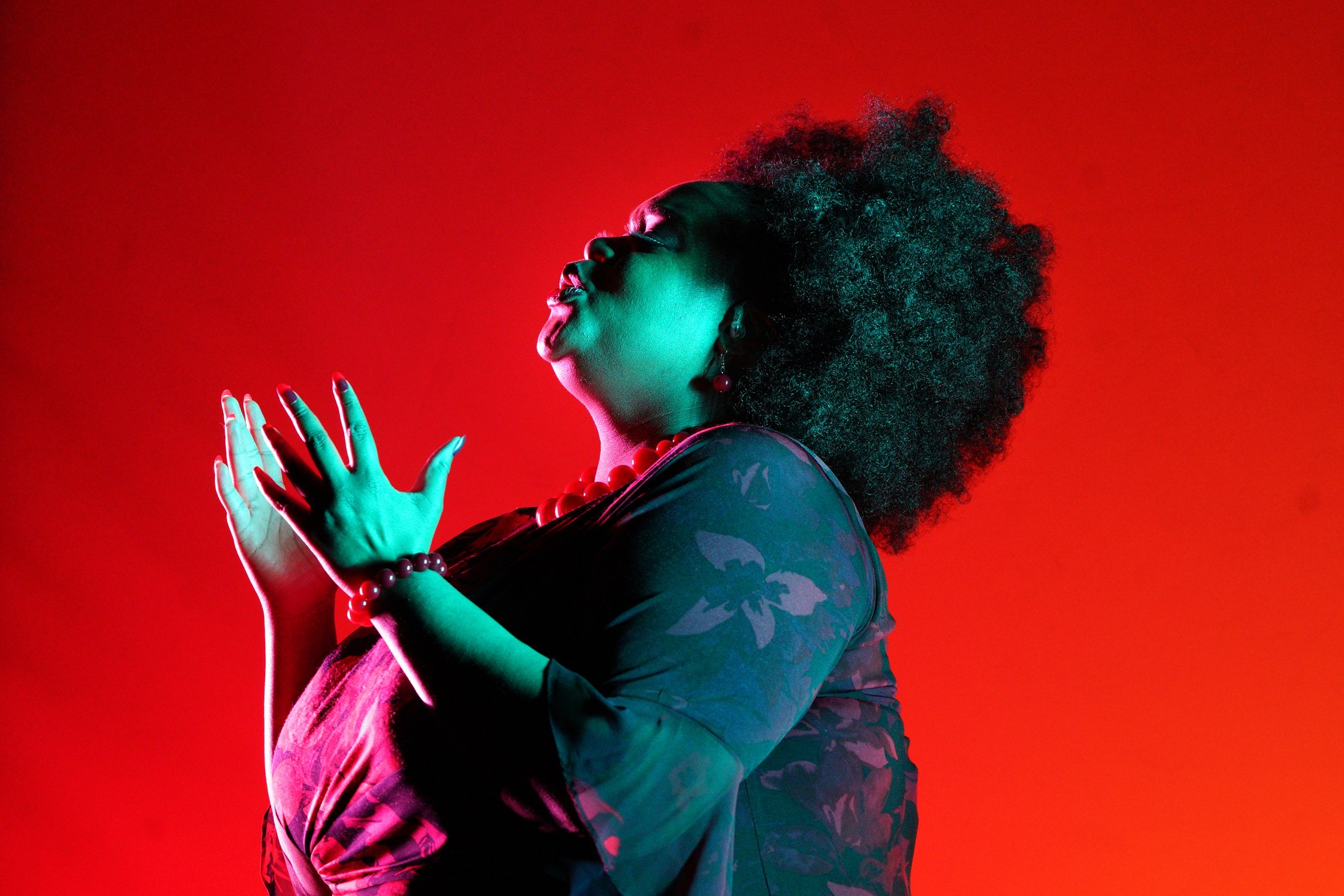 Tiffany Townsend as Léontine in an LA Opera performance of “The Anonymous Lover.” Photo by Larry Ho. 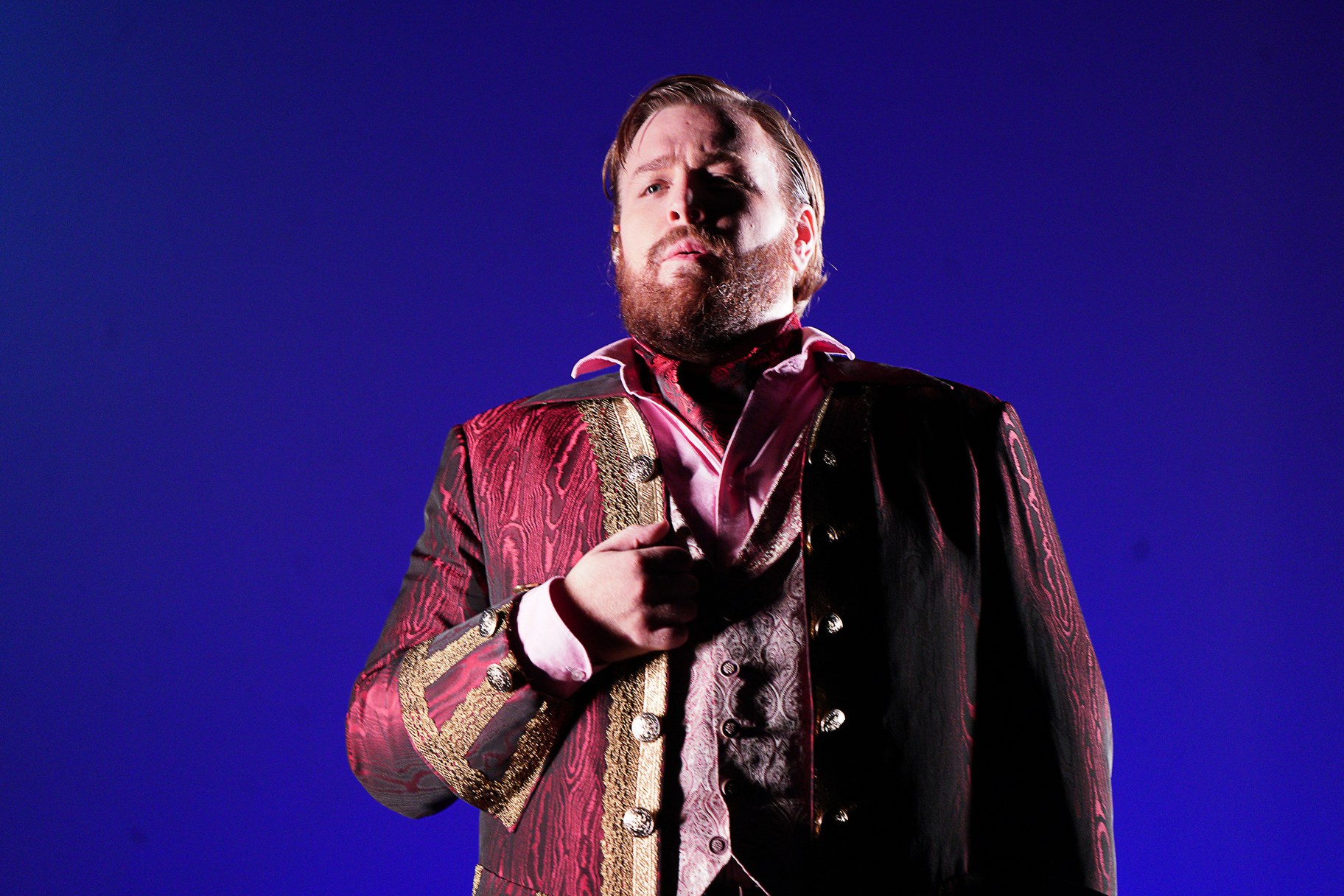 Robert Stahley as Valcour in an LA Opera performance of “The Anonymous Lover.” Photo by Larry Ho.

“The Anonymous Lover” follows the story of two friends, Léontine and Valcour, who are destined to be together. Valcour creates the persona of an anonymous admirer and sends Léontine gifts, flowers, and letters for years. She hosts a wedding on her estate, and an ensuing romantic comedy unfolds throughout the opera.

Singing presents a COVID-19 risk, so Lemon Jr. had to change the directorial process.

“That six feet of distance we normally give each other in public or in close spaces is multiplied. You have to have at least 15 feet of distance in front of the singer and 10 feet on each side,” says Lemon Jr.

To mitigate health risks, the show uses the entire theater, including the areas where the audience would typically sit. 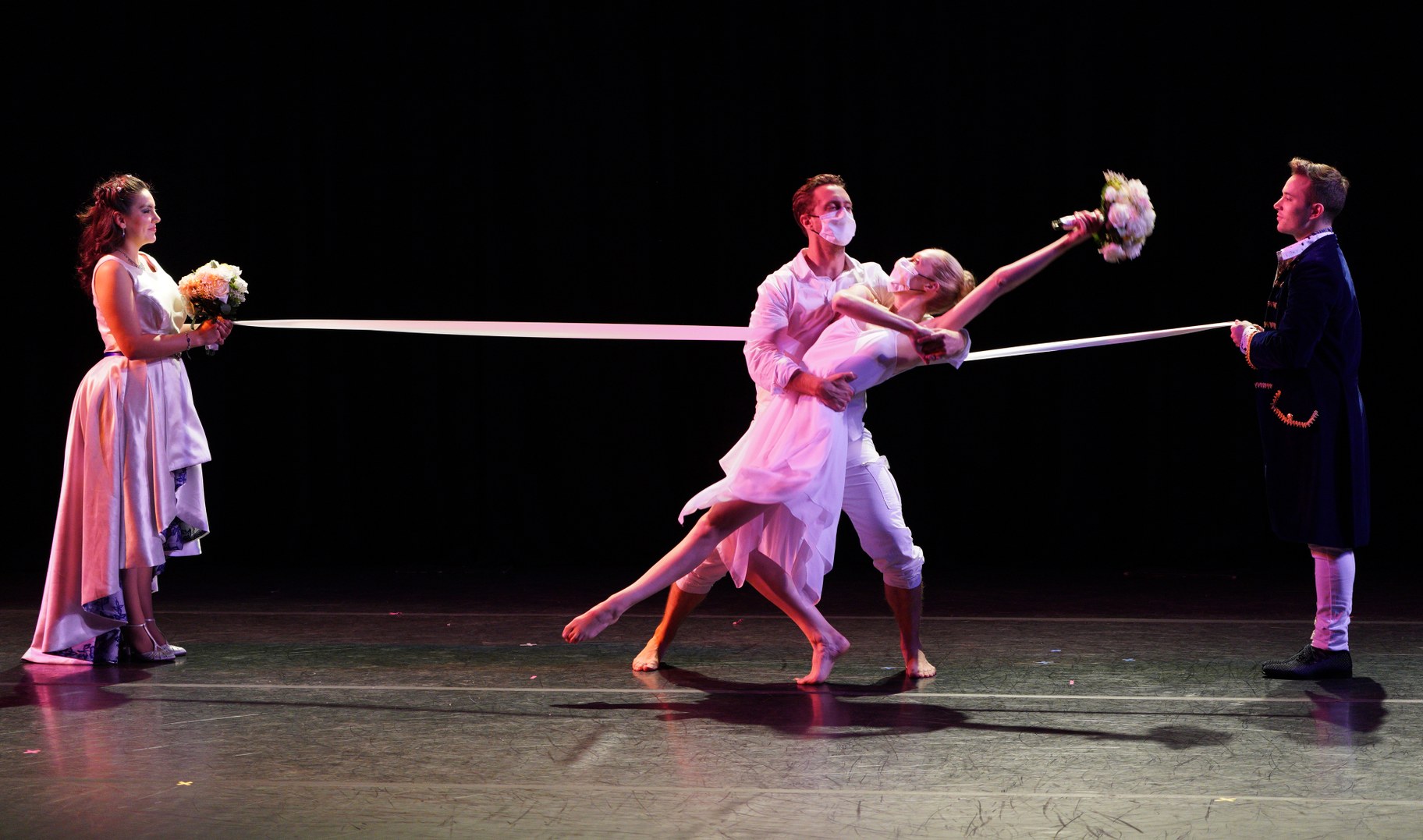 Mezzo-soprano Gabriela Flores (left) as Jeannette and countertenor Jacob Ingbar (right) as Colin, with dancers Daniel Lindgren and Andrea Beasom in an LA Opera performance of “The Anonymous Lover.” Photo by Larry Ho.

Lemon Jr. also recognizes the risks that cast and crew take to deliver a performance.

“Taking care of the people involved was top priority. … All these people that came out of the house, many for the first time in months, are coming out to come together to do this,” Lemon Jr. says. “I think there's very little space for ego in collaboration anyway, but especially in a process happening at such a time where the exact thing we're doing is dangerous by default, even with precautions. Yeah you have to be mindful of that.”

Lemon Jr. says that everyone involved in production was tested every three to four days. They were required to wear masks and face shields.

That same effort from the cast and crew is showcased in the storytelling. “We weren't just telling the story of this composer that was forgotten. We were telling the story of nearly 100 people that have come together during a pandemic and put on a show that we technically aren't able to do right now. And it was like a testament to just the power of collaboration and human resilience,” Lemon Jr. says. 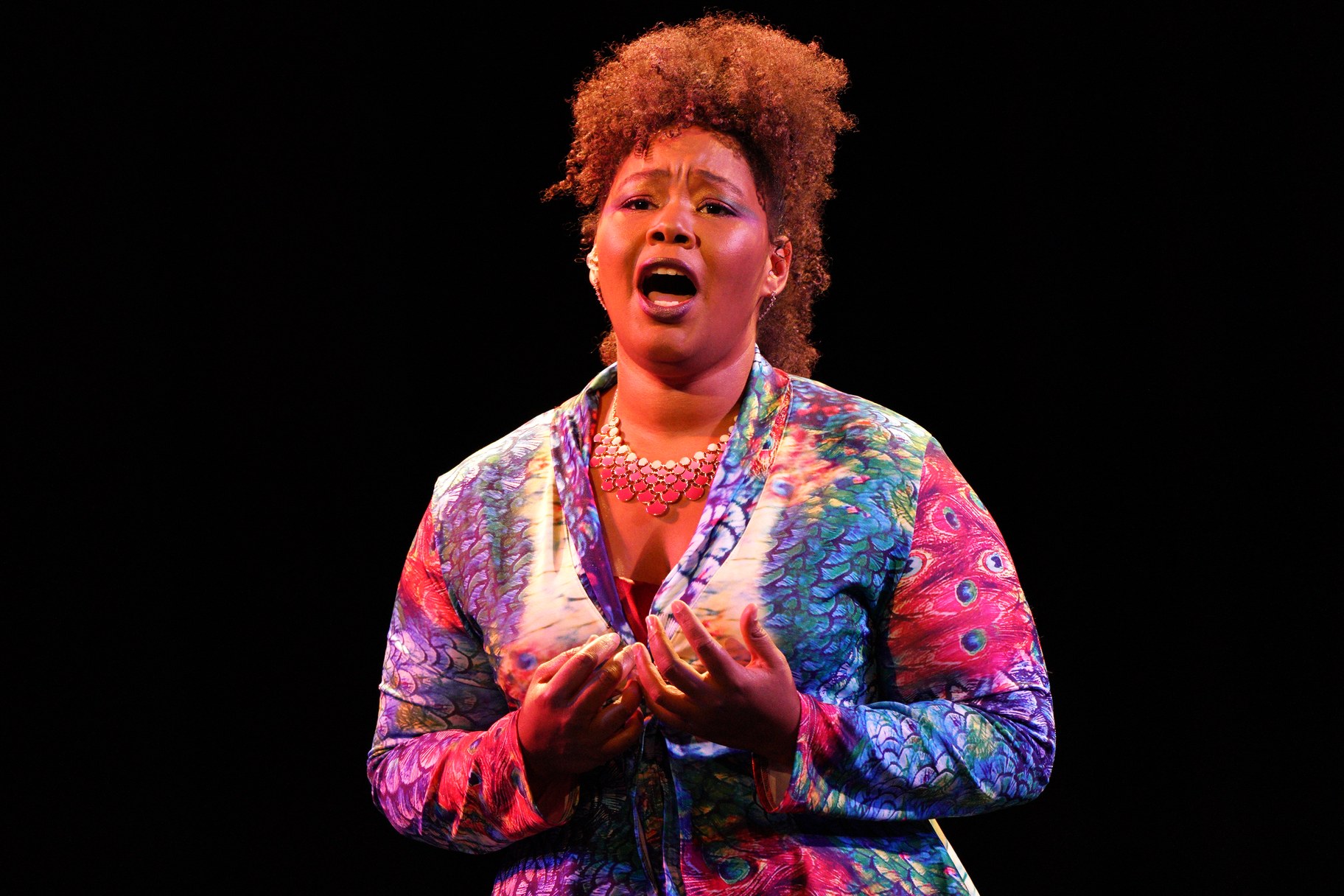 Soprano Alaysha Fox as Dorothee in “The Anonymous Lover.” Photo by Larry Ho.