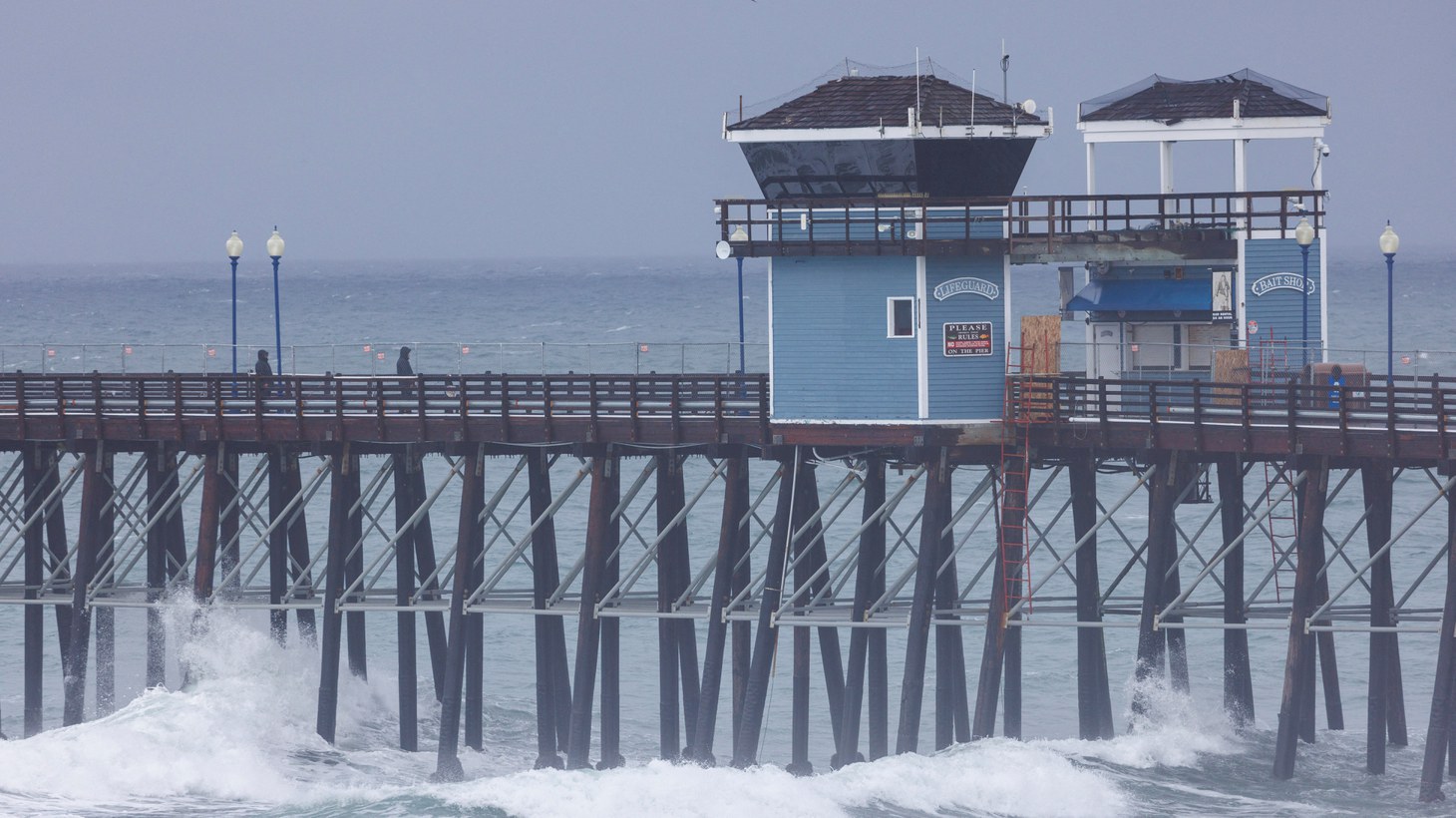 People walk along the pier during a winter storm in Oceanside, California, U.S., January 10, 2023. Photo by REUTERS/Mike Blake.

Parts of Santa Barbara County — including all of Montecito and parts of Carpinteria and Summerland — are under evacuation orders as heavy rain drenches lands scarred by past wildfires. Meanwhile, tens of thousands of Californians are under evacuation orders, and most of LA is under a flood watch. At least 16 people are dead following back-to-back storms that have hit the Golden State hard. Another storm is in the forecast for this weekend.

“It's really shocking to see parts of the community just completely underwater. There's a video of a man kayaking through the roads, and I know where that is, and that is not a place where there's normally water,” says Leah Stokes, a professor of energy and climate policy at UC Santa Barbara. “Looking at the surges through the creeks is just unbelievable.”

Stokes says that megastorms, including some month-long ones, could be part of California’s future, and it’s all a result of climate change.

While intense rainstorms have been seen in the past, such as the Great Flood of 1862, they’re getting worse, according to Lucy Jones. She worked on the ARkStorm Scenario, a U.S. Geological Survey model that mapped how a major storm could impact modern-day California.

“What we modeled was actually less than what happened in 1861-62, but still led to damage about four times as great as what a big San Andreas earthquake would do. So what the study showed us is that we are actually quite susceptible to flooding in California. We've gotten rid of our moderate ones with our flood control. [But] each successive wave is going to make things worse, and it really does depend on when this stops,” Jones explains.

Stokes adds, “While we have had extreme rainfall in California forever, if we project out 50 years from now, we could be looking at rainfall that is peaking in the order of about two inches per hour. And so all the systems that we've built for the climate that was, they're not going to hold.”

As consecutive storms hit California, at least 16 people are dead and tens of thousands are under evacuation orders, including all of Montecito.

How to normalize talking about climate change? Through humor, says columnist

Comedy can be a useful way to understand and maybe cope with Earth’s bleak future, says Kasha Patel, who writes the Washington Post’s “Hidden Planet” column.

Biden recently made the first visit by a U.S. president to Mexico in nearly 10 years, as the two countries struggle to tackle immigration and the smuggling of fentanyl into...

‘Causeway’ explores intimacy of friendship, what it means to begin again