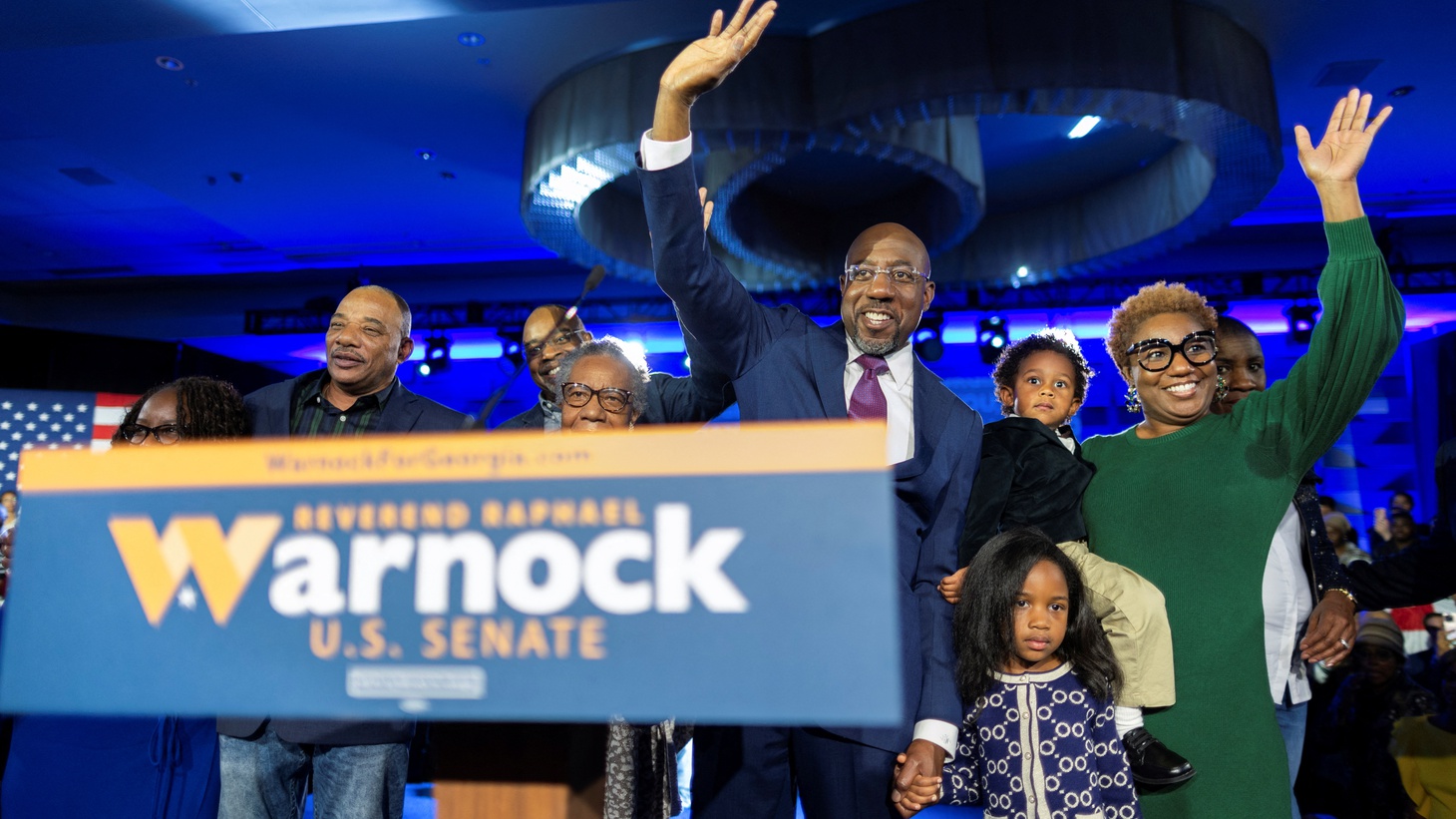 Democratic Senator Raphael Warnock beat former football star Herschel Walker in the Georgia runoff election. That means Democrats now have a clear majority in the U.S. Senate, so there’s no need for a vice presidential tie-breaker. Walker’s defeat is another high-profile loss for a candidate handpicked by former President Donald Trump. Warnock’s win takes place in a state where every other Republican up for statewide office won last month.

SCOTUS hears case that could ‘completely upend elections’ in US

The U.S. Supreme Court heard hours of oral arguments in a case that will decide whether state courts can review legislative maps and overturn local election laws.

Scientist Temple Grandin credits her success to how she thinks: in pictures. Her new book is “Visual Thinking: The Hidden Gifts of People Who Think in Pictures, Patterns,...

Remembering Oscar winner Julia Reichert through her interviews on KCRW

Academy Award winner Julia Reichert, 76, died last week after a battle with cancer. The documentarian dedicated her career to filming the working class.