Al Capone was one of the most notorious mobsters from the last century. Known for his Chicago bootlegging empire and violent battles with rival gangs, he topped the FBI’s most-wanted list and served four and half years at Alcatraz Prison in the 1930s. His real name was Alphonse Gabriel Capone. Some called him Scarface for the long, intimidating scar on his cheek.

But to his family, he was known as “Papa,” and they’ve described him as a gentle family man.

His granddaughter, Diane Capone, announced an auction of her grandfather’s belongings in Sacramento next month. The auction will include family photos, a diamond pocket watch, and his favorite gun that he nicknamed “Sweetheart,” which is said to have saved his life on numerous occasions.

One especially touching relic includes a letter he wrote to his then-teenaged son when he was imprisoned at Alcatraz over tax evasion. 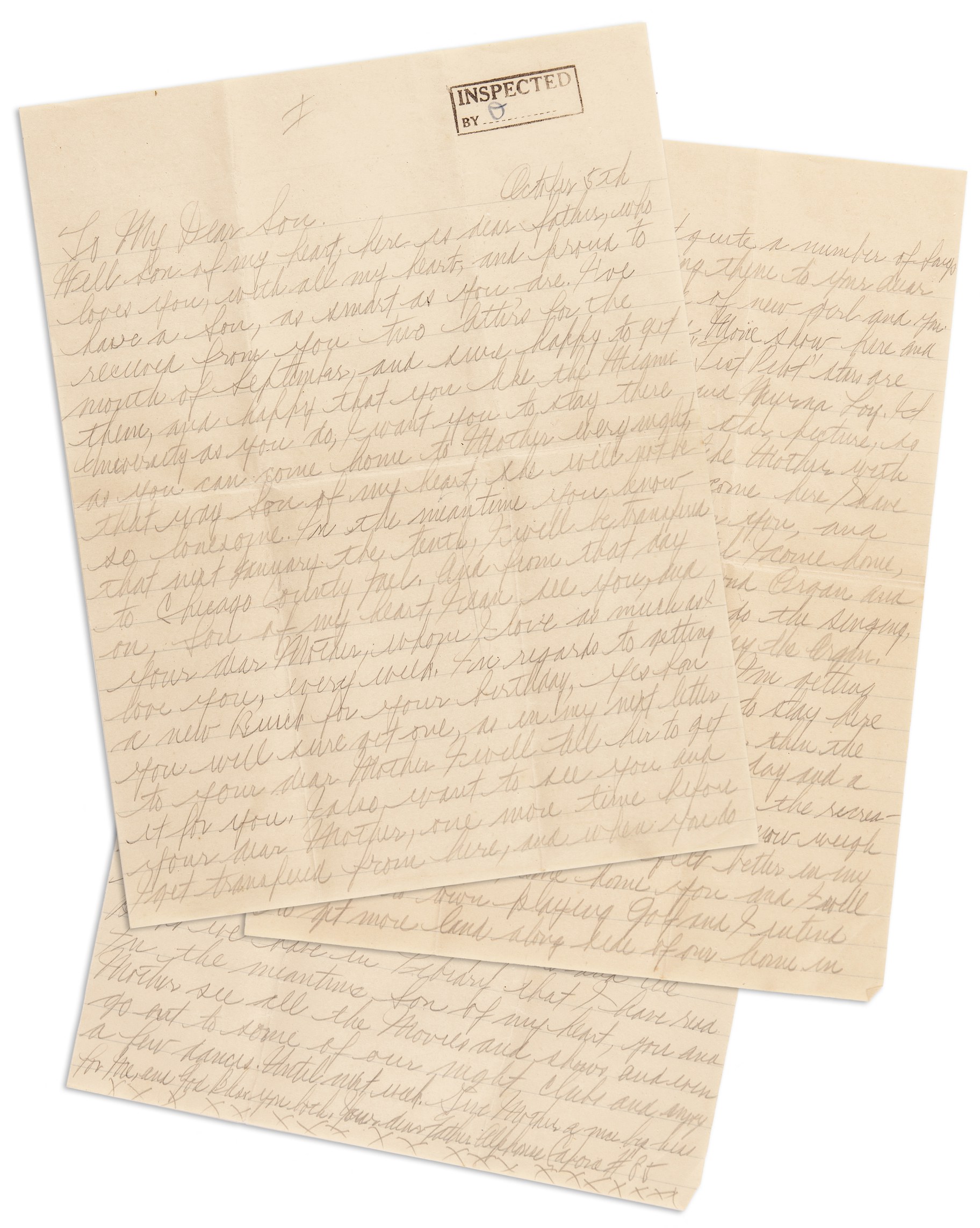 A personal letter to Sonny Capone from his father Al Capone, when the elder was in Alcatraz for tax evasion. Photo by Witherell's/Chicago Tribune/TNS/ABACAPRESS.COM.

“It so reflects the affection that my grandfather had for my dad. He refers to him as ‘dearest son of my heart’ over and over again in the letter. And he refers to what they're going to do when he comes home, and that he was never going to leave him again,” Capone says. “And how much he misses him and how much he loves him repeatedly throughout this letter. It's a love letter from a father to a teenage son.”

She adds, “When you read it, it's hard to believe that a man who had such devotion to his child and his wife could have been capable of doing a lot of the things that he was accused of.”

Although she was young when she knew her grandfather, Capone says some of her most cherished memories are with him. She recalls that because Al’s hands were so large, she could only hold onto one finger when they walked together. He was also an affectionate person and read to his grandkids while they sat in his lap. The duo’s birthdays were within days of each other, so they celebrated together.

“I remember, distinctly, being taken up the stairs to his bedroom by my mother on the day that he died. And my father lifted me up onto the bed so that I could kiss papa. And he looked at me and he said, ‘I love you baby girl’. And those were the last words that he said to me. And that memory is indelibly imprinted on my mind and will be, I think, until the last breath I take.”

Al died at the age of 48, when complications from pneumonia prompted heart failure. 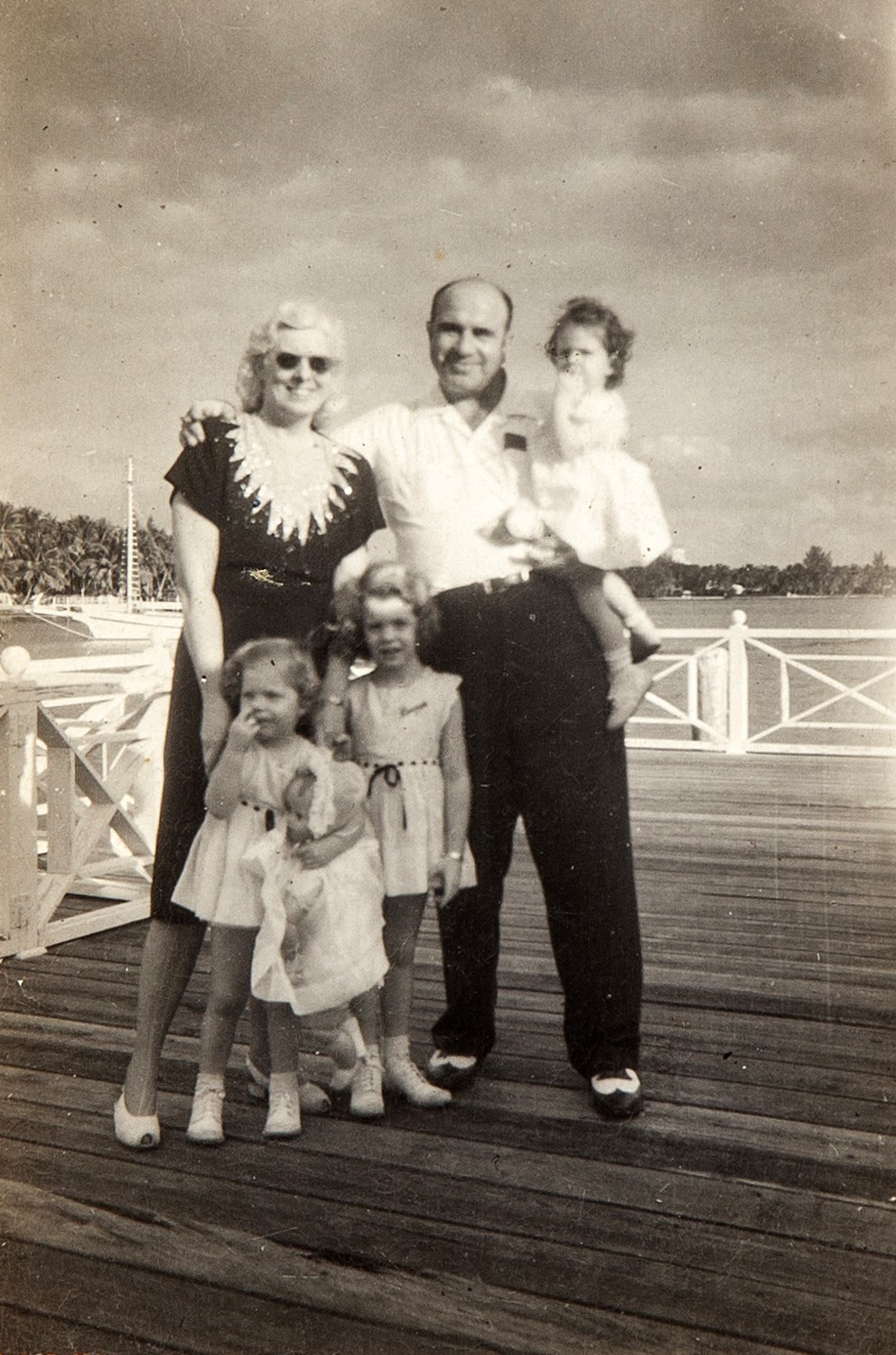 The estate of Al Capone says this is the last photo taken of Capone, and it will be up for auction when Capone's estate goes on sale in October 2021. Photo by Witherell's/Chicago Tribune/TNS/ABACAPRESS.COM.

Capone says it wasn’t until she was much older that she learned about Al’s criminal life. But even as a child, she says she knew something was up. She remembers how her last name often prompted comments from people around her.

Over the years, Capone asked her grandmother — Al’s wife — about the man he was. Capone says she learned that although there were problems in the relationship, they loved each other. She also learned that for many years, Al didn’t live at home and would live in a hotel in a different part of Chicago in an effort to protect the family.

“It's been a challenge throughout our lives to try to reconcile, first of all, what was the truth of his public life — although there was no doubt that he was involved in a criminal enterprise, but how we could somehow get those two things to gel, because of our experience with him was so completely different.”

President Biden said on Tuesday that the U.S. and its partners have airlifted 100,000 Afghans out of their country, as American troops have left the 20-year war there.

Can Latinos help give Newsom a much-needed political push in the recall election?

Polls show Governor Gavin Newsom has a slight lead in his race to hang onto his job. An average from fivethirtyeight.com shows 51% of voters are against the recall.

After 70 years, Malibu wants to separate itself from Santa Monica in school district scuffle

The Santa Monica-Malibu Unified School District could be headed for a long and expensive separation. Malibu has long complained that its students aren’t getting an equal...

Mosquitoes often travel via plane or cargo ship, and they transmit illnesses such as the West Nile virus. So far, 26 samples have popped up in LA. What risks do the flying...

Al Capone was known for his Chicago bootlegging empire and violent battles with rival gangs. But to his family, he was known as “Papa,” and they’ve described him as a gentle...