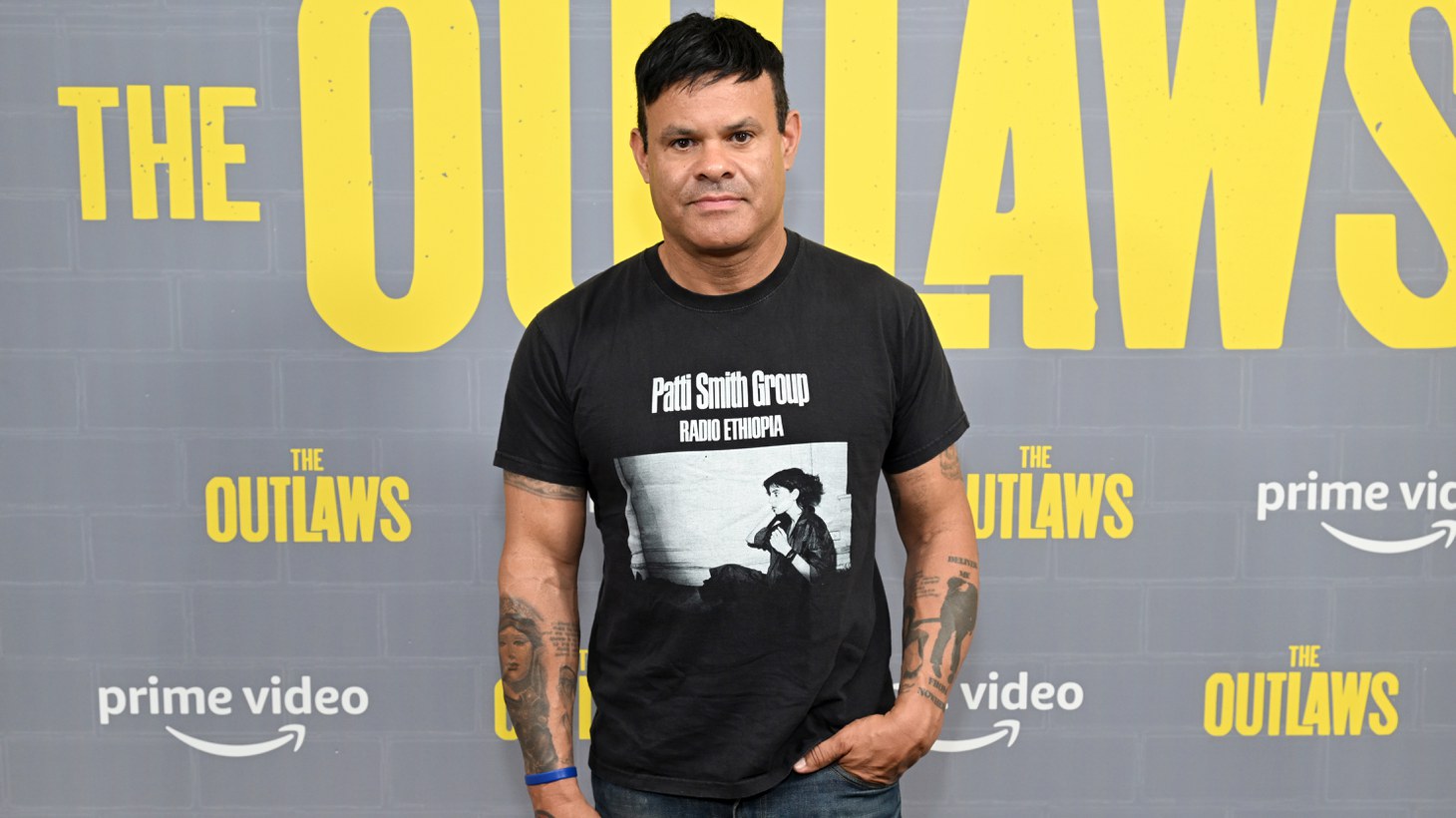 “Art gets inside your heart and inside your soul, as heavy as that sounds,” says Elgin James, co-creator of “The Outlaws.” Credit: BBC/Amazon Studios.

Before Elgin James worked in Hollywood — he’s the co-creator of “The Outlaws” (Amazon Prime Video) and a writer/producer for “Mayans M.C.” (FX) — he was in foster care, joined a violent gang, and went to prison.

James tells Press Play he didn’t feel safe when growing up — until he was on the streets with his friends, who he still calls his brothers.

“I remember walking into a bar with my gang’s names, my gang’s initials across my shirt. And that power that comes, it does become intoxicating. When you've [been] told you're worthless your whole life, and then even if people see you now of worth but through fear and violence … it became a heavy drug for a very long time for me,” he recalls.

It got him into trouble, he admits. “The ideas were really to fight against neo-Nazi skinheads, and we thought we were a … mixed-race gang. … We felt we made a very serious dent … in the white supremacist culture. And then for it to come back was like a weird fever dream. … How it became so mainstream just in these recent years has been very, very strange.”

How would he fight white supremacy today? Find mutual ground, especially through art, James says. “Art gets inside your heart and inside your soul, as heavy as that sounds.”

However, Hollywood has portrayed Black and Brown people in a certain light, he says, and now through “Mayans M.C.,” that can start to change.

“With me and my fellow artists on the show — many of whom are in gangs, many of whom have been incarcerated and have been stuck in the same cycle of poverty, violence, of incarceration — we finally get to tell our stories from the inside out, and to put a human face on this.”