Dr. Samuel West, curator of the Disgusting Food Museum, stands before a wall of something some might consider disgusting. Photo credit: Peter Gilstrap

The Disgusting Food Museum is a bold new step into examining what—and why—we eat what we eat, or why we don’t. On the global menu curated here, one person’s gag inducing entre is another person’s exquisite, five-star delicacy. Though the trick may be eating if before it crawls off the plate.

In the 1962 Italian documentary Mondo Cane, American audiences with traditional western palates and were exposed to scenes of upscale patrons dining on bugs and worms at a chichi Manhattan restaurant.

The freak show cuisine that stunned conventional tastes back then still plays today. Take Andrew Zimmern, the host of the Bizarre Food series, who can often be found on the Travel Channel putting some kind of genital into his mouth.

Take, for example, his reaction to dining at China’s first penis-only restaurant: “Mmmm…I gotta tell ya, the snake penis is much softer and less fibrous than I thought it would be.” 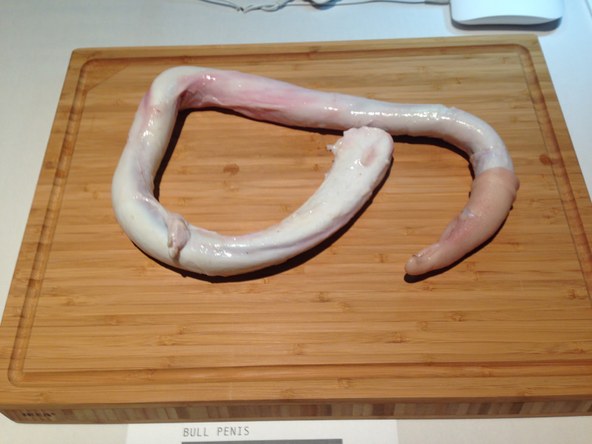 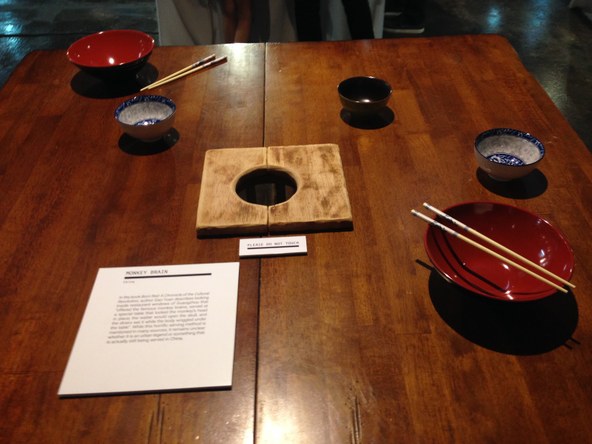 A Chinese monkey brain table. The live monkey’s head sticks through the hole
as guests dine on the contents of the opened skull. Photo by Peter Gilstrap 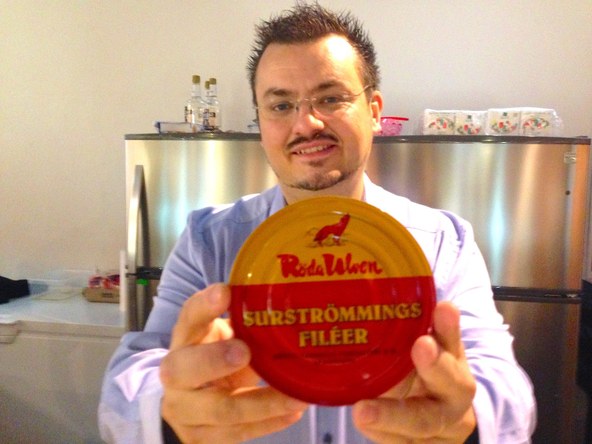 Andreas Ahrens, co-founder of the Disgusting Food Museum, displays a tin of fermented herring,
a traditional Swedish delicacy. To some, merely a rotten fish. Photo by Peter Gilstrapf 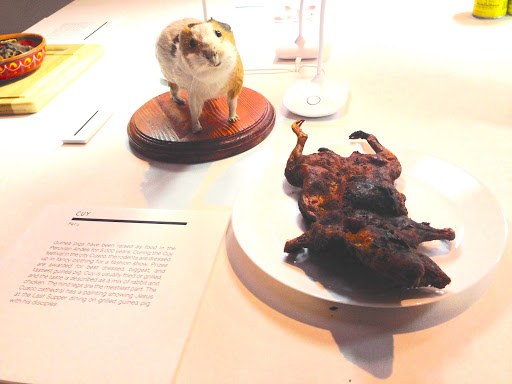 Cuy, a Peruvian treat, better known as guinea pig in America.
Before and after. Photo by Peter Gilstrap