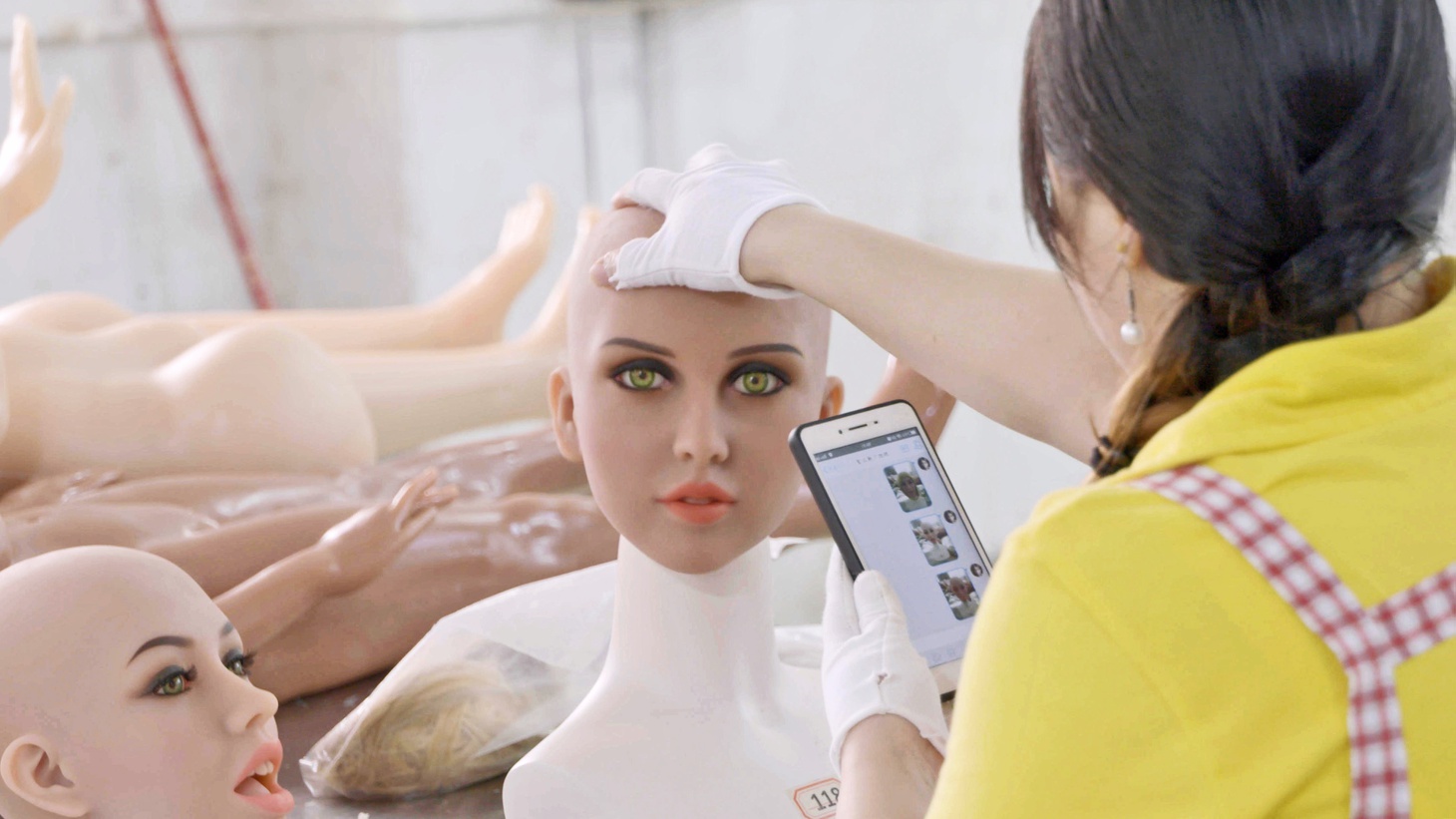 A factory worker inspects the head of a sex doll during assembly in Zhonghan City, Guangdong Province, China. The factory was one of dozens director Jessica Kingdon filmed for her Academy Award-nominated documentary, “Ascension.” Credit: MTV Documentary Films.

In “Ascension,” there are no voice-overs, expert interviews, or even a plot. Instead, viewers are shown a series of vignettes that provide an intimate view of life in China and how it varies depending on where people fall on the socioeconomic ladder. The film is nominated for Best Documentary Feature at the 2022 Academy Awards and is directed by Jessica Kingdon.

Kingdom says that by using snapshots of daily Chinese life, she’s able to tell a story that is open to interpretation.

“Viewers are allowed to explore a space without having the meaning spoon-fed to you, [without] any kind of preconceived notion, but just dropping viewers into a space and appealing to the viewer’s sense of empathy,” she tells KCRW.

The documentary’s name is derived from a poem titled “Ascension,” written by Kingdon’s great-grandfather Zheng Ze in 1912. It details the fall of the Qing Dynasty, the last Chinese empire.

“In the poem, the narrator … ascends to the height of a wooden structure, and from that vantage point of view, is able to look down and assess the land and see all the turmoil, chaos, and invading territories. …  He has quite a heavy heart from this and feels a sense of foreboding and dread.”

When discovering the poem, Kingdon says she saw a parallel between the tumultuous era depicted in the story and the dark side of capitalism.

“We think of the idea of economic progress and climbing the capitalistic ladder as a way to relieve our worries. But there's always unforeseen consequences that we don't realize at the top,” she explains. “There's the truth of income inequality, of the type of alienation that capitalism brings about, [and] pollution. But simultaneously, there is the truth of a whole new middle class that is burgeoning and has newer access to material comforts that they hadn't had before. So the film is really trying to hold these two truths at once.” 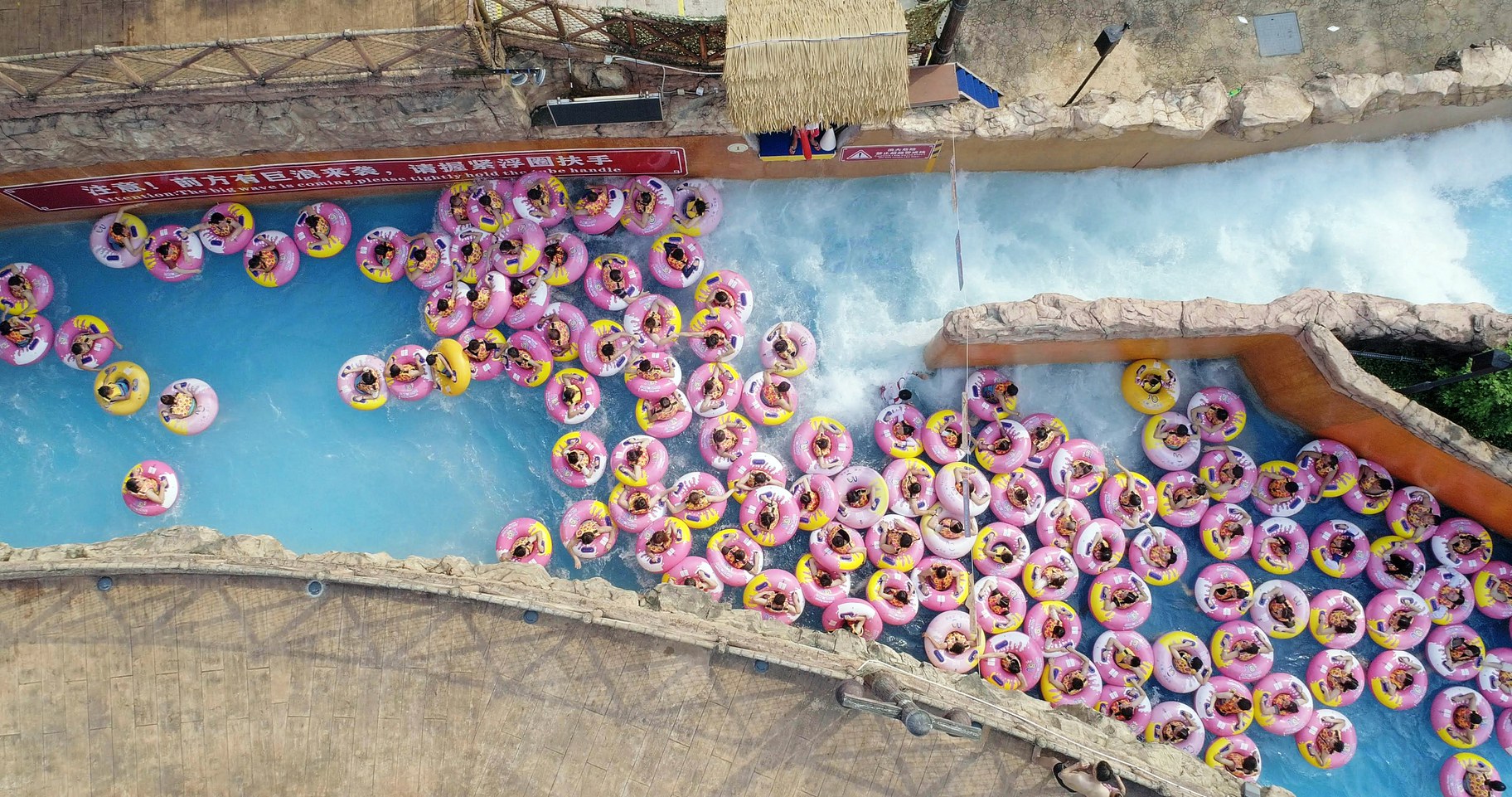 The film is split up in three parts, focusing on the working class, the middle class, and the upper class. In total, Kingdon says her team filmed in 51 different locations across China.

That includes an artisinal sex doll factory, which Kingdon says was one of the easier places to access during production. Strewn about were different dolls, some were missing limbs (which Kingdon assumes was for fetish purposes) and others had unique additions, such as an elf head.

“One thing that really struck me there was even though on the face of it, it looks like one of the most dehumanizing locations to work in. But the camaraderie and spontaneity and tenderness between the female workers was really surprising to me,” she says. “And it makes sense because these women, they're all in it together. They're all working this same job. And I was just struck by these moments of tenderness and camaraderie in a space where you would think that it would be the opposite.”

Kingdon also filmed life at a bodyguard training school, where young men learn to protect wealthy employers. She says that although the institution appears to be unique to China and its burgeoning wealthy class, viewers can draw parallels to other parts of the world.

“Even though it takes place in China, it's not unique to China. We can observe it more because it's a different context. Things are magnified due to China's very quick transition from what was once known as the world's factory, to now it [having] the largest consumer market in the world.” 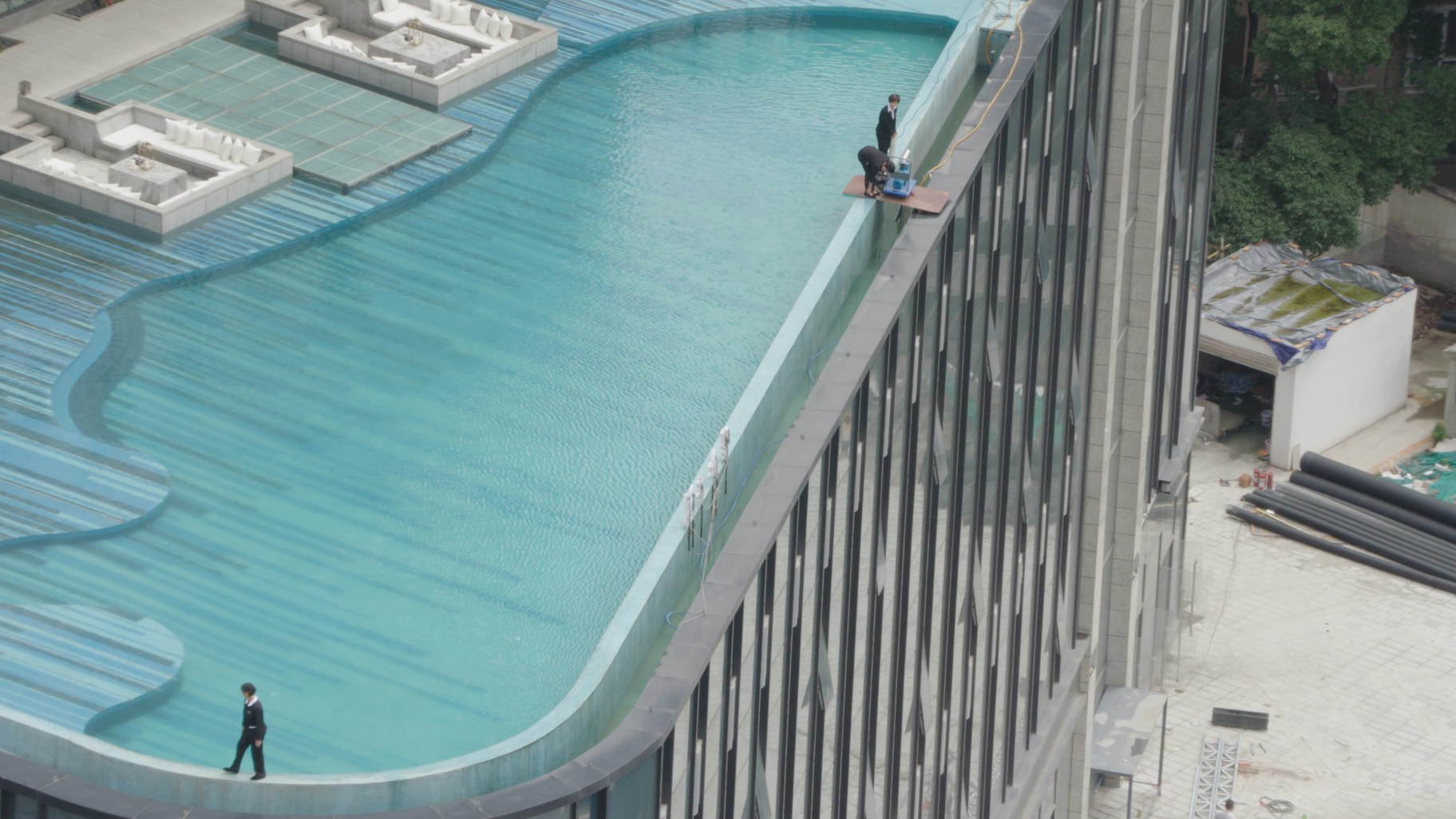 Throughout the film, water is also used to symbolize wealth and access. Kingdon references a scene at an indoor water park in Chengdu and an announcer who tells visitors to enjoy the feeling of being in the sea while they can.

“In late-stage capitalism, a sad fact is that it is easier and more accessible to access a simulation of nature rather than the real thing for most people,” Kingdon says. “We see older people and younger people for the first time in the film. And there are these retirees who are enjoying a swim in a river in this rural town. That's one of the first times we see a true moment of leisure that's unstructured. What we don't realize is that this river is actually also a dam that's powering a cryptocurrency mine that is making money.”