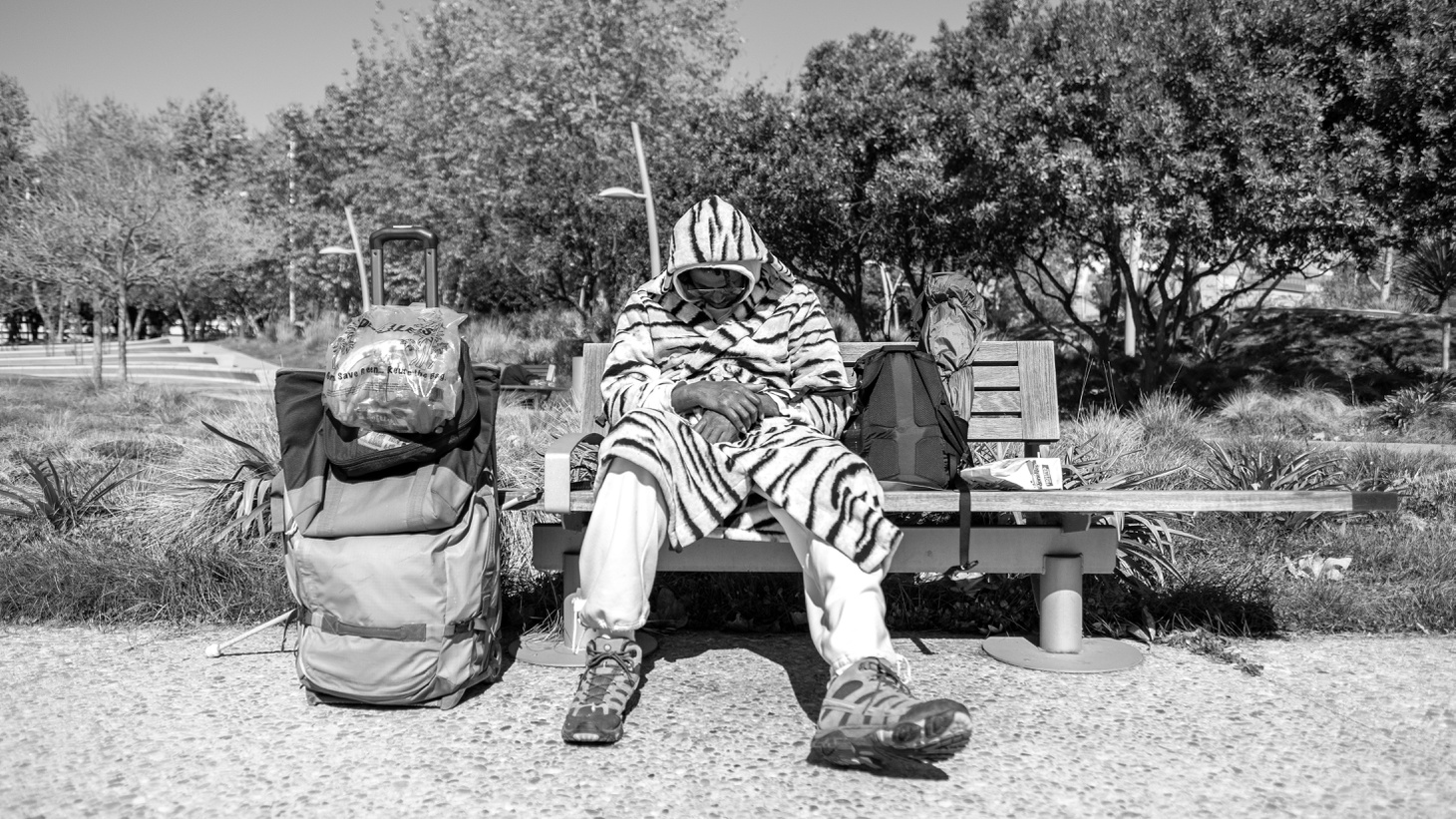 An unhoused man sits with his belongings on a bench at Tongva Park in Santa Monica, February 25, 2022. “Lead Me Home” is a new Oscar-nominated short documentary about several people living on the streets, including in Los Angeles County. Photo by Amy Ta/KCRW

Five short documentaries are up for Oscars this year: “Audible,” about the life of a Deaf football star; “When We Were Bullies,” where a filmmaker tracks down his fifth grade teacher and class to talk about a bullying incident that happened 50 years ago; “The Queen of Basketball,” the story about the first and only woman drafted into the NBA; “Lead Me Home,” which follows people living on the streets in West Coast cities; and “Three Songs for Benazir,” about a young man in Kabul, Afghanistan, as he scrambles to provide for his new wife and family.