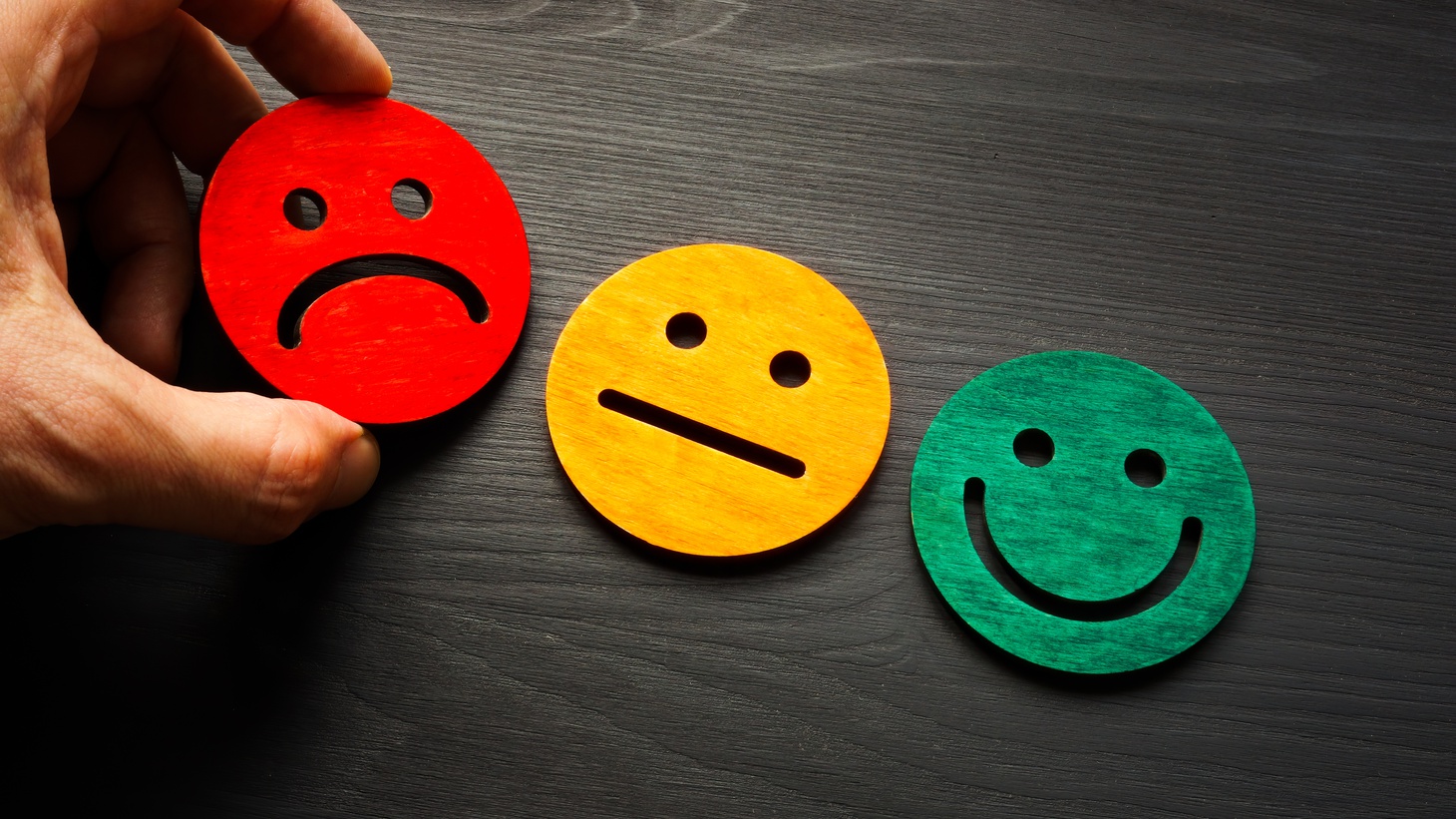 “There came a point where I was thinking, ‘Do I want to be the person who's known for being a recluse and being withdrawn and worried and upset all the time? I wanted to change that,” says The Atlantic writer Olga Khazan. She recently spent three months trying to change her personality. Photo by Shutterstock.

If you could change your personality, would you want to be more outgoing or funnier? Atlantic staff writer Olga Khazan didn’t like her personality so she tried to do something about it. For three months, she embarked on new things: writing a gratitude journal, and taking improv and anger management classes.

“The feedback that I've gotten from people in my life is ‘you're always so anxious or you're always worried. You never want to go out,’” Khazan tells KCRW. “There came a point where I was thinking, ‘Do I want to be the person who's known for being a recluse and being withdrawn and worried and upset all the time? I wanted to change that.”

When Khazan set upon her journey, she took a free online test that measured extraversion, agreeableness, openness, neuroticism, and conscientiousness.

“Other than neuroticism, the other four [traits] are associated with wellbeing. So people tend to be happier and healthier when they're higher on those. And neuroticism you're supposed to be low on, but I'm unfortunately very high on,” Khazan tells KCRW.

She adds, “I scored really low on extraversion. And so those were the two that I was working hardest to improve on or change. And I also scored an average on agreeableness. And I was hoping to bump that up a little bit higher. I didn't want to be just in the middle. I wanted to be more agreeable than average.”

Although much of people’s personalities are shaped by genes, environment is a factor too, says Khazan.

She uses the example of an open-minded child who enjoys new experiences. “It's this feedback loop or virtuous circle where you have certain proclivities, so you seek out those environments, [and] that boosts that part of your personality. That happens in a lot of ways. Extroverts tend to meet a lot of people and make a lot of friends, and their friends make them happy. So they become even more extroverted. You do have a lot of wiggle room because you can put yourself into environments where your personality has a chance to change.”

Khazan says she’s learned that faking it is part of the change too, which she realized when doing improv. She grew to like the classes the more she attended them, and plans to continue in the future.

“I wrote that I wanted someone to knock me unconscious rather than do improv. … But the more I did it, the more I realized, ‘Hey, I actually really liked this. And it's actually really fun.’ It taps into a part of me that I didn't really realize was there and that didn't get a chance to flourish,” she explains. “Did I fake liking improv? I think so at the beginning. But now I'm not faking it anymore. And I still like it. And it's probably making me more extroverted still. So that's how it works with a lot of things.”

“Meditating worked better than journaling. I really, really just find expressing gratitude so unnatural. It just felt so contrived. And when I didn't have to do it anymore, I was like, ‘Oh my God, thank God it's over.’ But I actually found a way to do [meditating] that I found really helpful.”

At the end of the experiment, Khazan took another assessment. She says her extroversion rose, her neuroticism dropped, but so did her agreeableness.

“It went from average to low. And I'm not sure why. I think maybe I became a little bit more cynical or maybe I pushed back against all the gratitude journaling … and became even more of a Grinch,” she says.

Although Khazan says she’s not sure if someone can change their entire personality, she thinks that with some concerted effort, it’s doable.

“I think it's worth trying. Do I think that everyone is going to be able to completely change their personality 180 degrees overnight with minimal effort? I am not so sure about that,” she says. “But if you want to make modest improvements, or just to get out of your shell a little bit … I think there's definitely ways to work on that and improve on those traits … without disrupting your life or completely becoming unrecognizable.”

Can you change your personality in 3 months? This writer tried

Is a Russian invasion of Ukraine inevitable?

U.S. Secretary of State Antony Blinken addressed the U.N. about the Russia-Ukraine crisis today, as Moscow moved to expel a top U.S. diplomat in the country.

Is it possible to change your personality? The Atlantic staff writer Olga Khazan tried doing so in three months, and shares how her experiment went.

Critics review the latest movie releases: “Dog,” “Uncharted,” “The Cursed,” and “A Banquet.”

Evan Kleiman shares how you can make salads more craveable by adding dressings based on nuts, tahini, and cheese.