Composer Terence Blanchard takes a curtain call following the performance of his opera "Fire Shut Up in My Bones," which opened the Metropolitan Opera's 2021-22 season. Photo by Rose Callahan / Met Opera.

The Metropolitan Opera is back after a long COVID-induced hiatus, and its opening fall production is composed by a Black artist for the first time in its 138-year history.

Terence Blanchard, the multiple Grammy Award-winning jazz trumpeter known for scoring many of Spike Lee’s films, is behind the new opera called “Fire Shut Up in My Bones.” It’s based on the memoir by New York Times columnist Charles Blow, about his difficult childhood growing up in small-town Louisiana in the 1970s. The final production of Blanchard’s “Fire Shut Up in My Bones” will be live-streamed in theaters nationwide this Saturday, October 23.

Blanchard says he was shocked to learn he was the first Black artist to compose an opera for The Met.

“I had no idea. And I didn't know how to respond at first. And then the more I started to think about it, the first thing I thought about was, ‘Of course, it's an overwhelming honor, but I'm not the first [to] qualify,’” he tells KCRW. 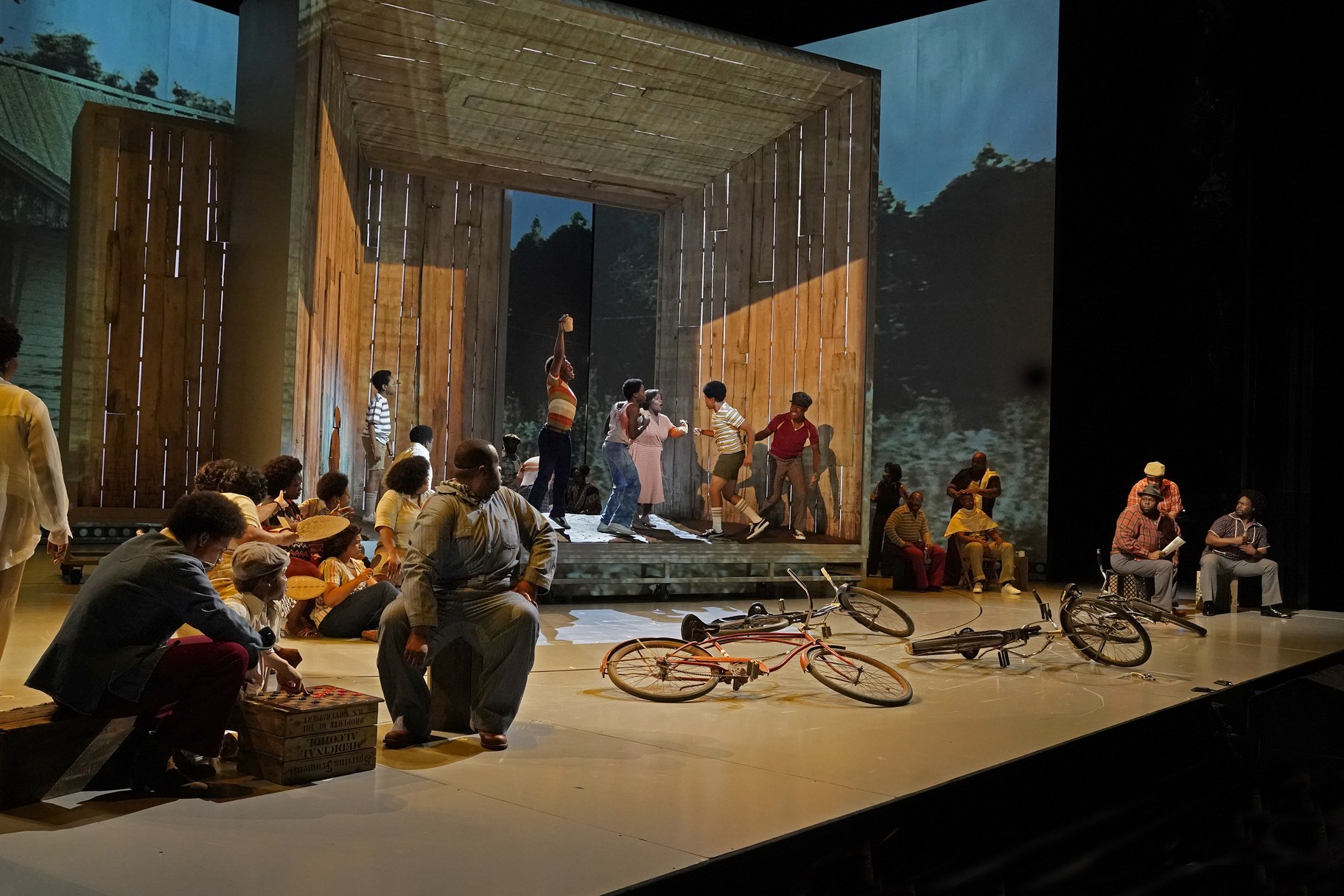 This scene is from Act I of Terence Blanchard's "Fire Shut Up in My Bones." Photo by Ken Howard / Met Opera.

He was first approached by The Met during the premiere of his last opera “Champion,” which debuted in St. Louis.

Blanchard joins Camille Brown, who is also the first Black woman to direct an opera there, and Kasi Lemmons, the first Black librettist at The Met. He notes that with their artistic direction, they’ve been able to bring Black representation to The Met’s stage. He uses the example of including step dancing in the show. 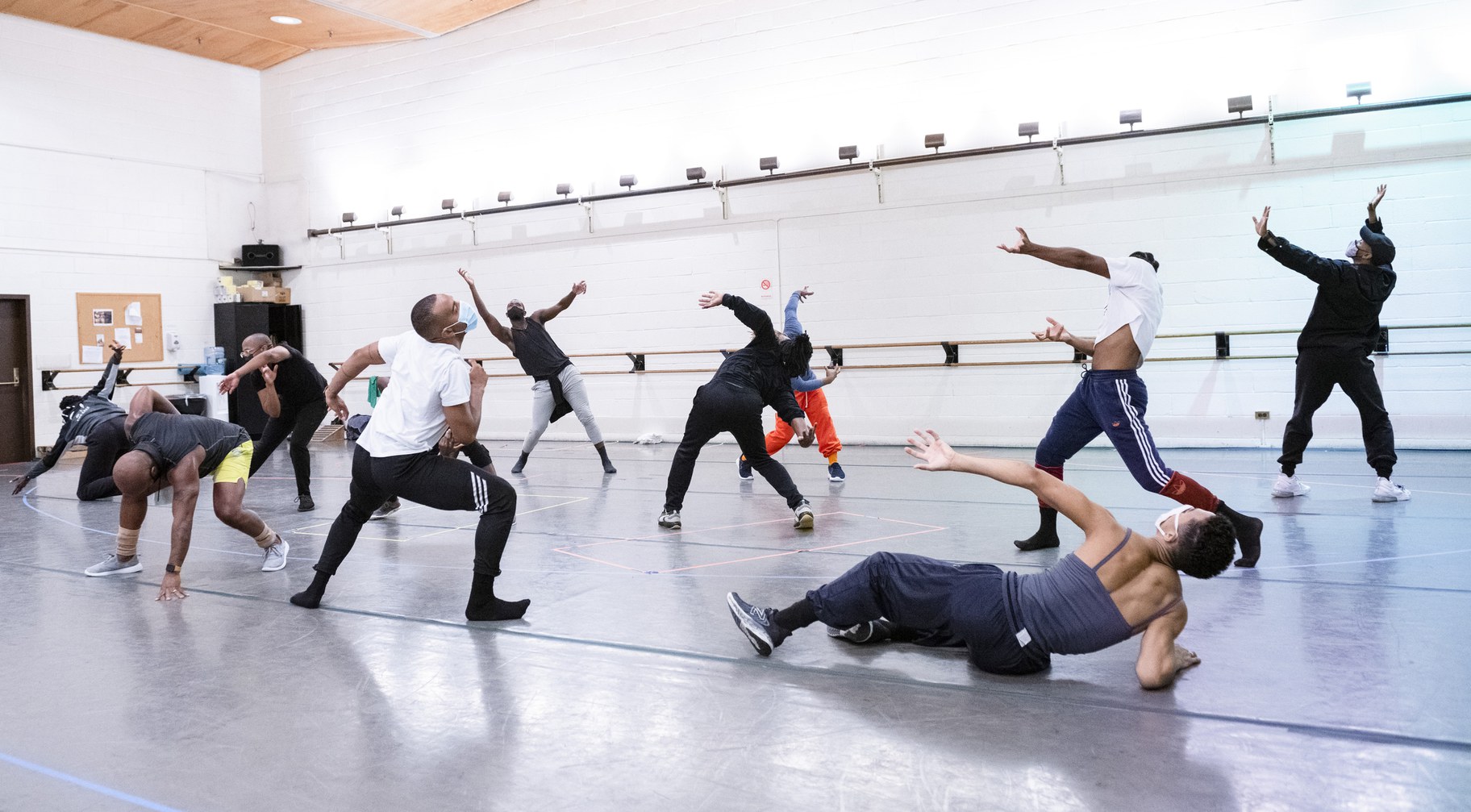 “It [is] such a part of the culture and life of a student at an HBCU. So we knew we had to have that on this stage. And Camille, man. I had given her just two rhythms to base the [dance] off of, but she took it to a whole other level,” he says. “When the dancers just walk on stage, they get a huge round of applause, and that's because so many people identify [with] what's going on. It just warms my heart, it makes me feel proud that we put something on the stage where people can see themselves.”

The show covers Blow’s childhood in Louisiana and experience at Grambling State University. Growing up, Blow feels ostracized in his community, and he’s grappling with the aftermath of being molested by a family member.

“We start the opera with him racing back home to kill that family member. And then the opera starts to flash back [to] his life, and then we go on his journey,” he explains. 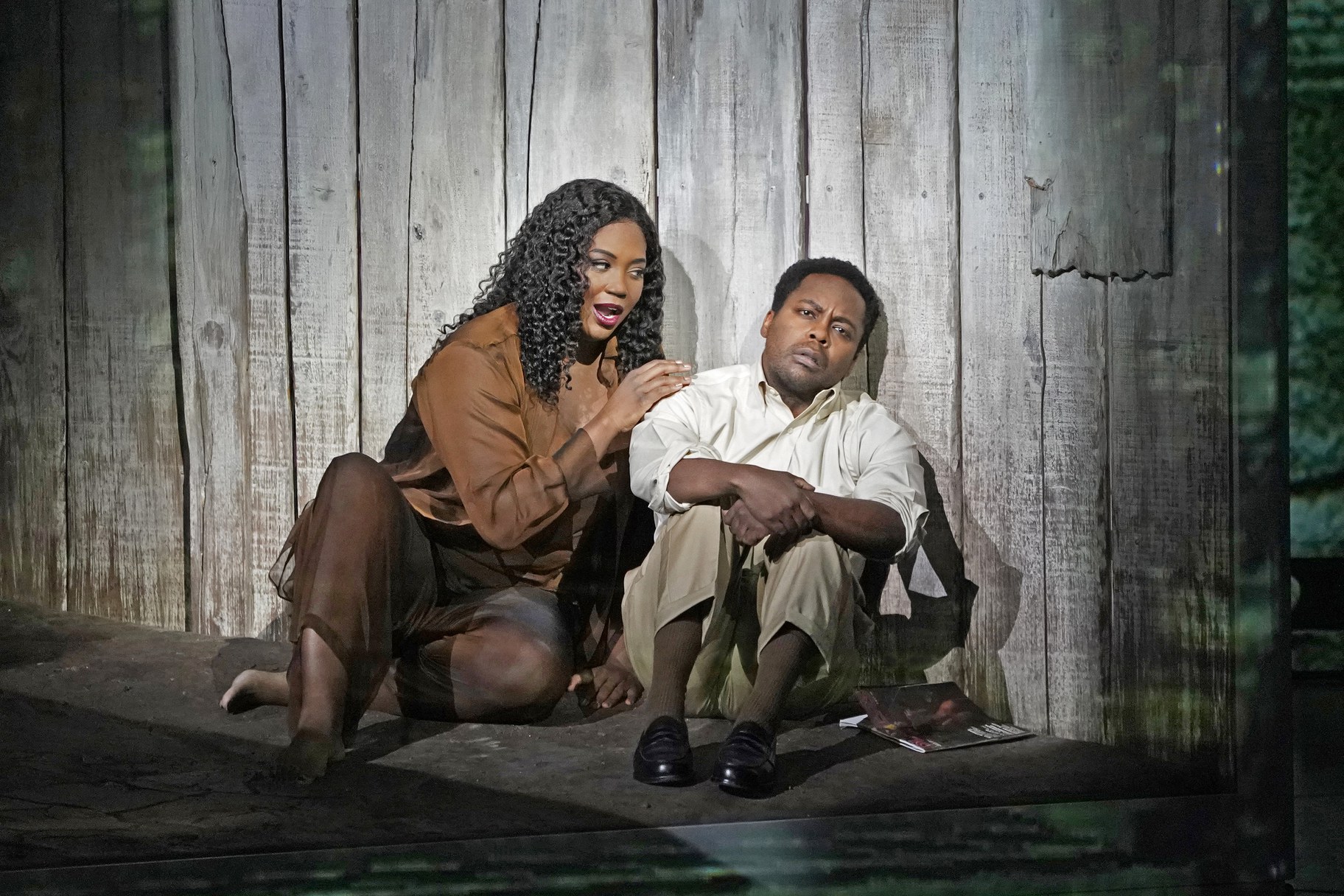 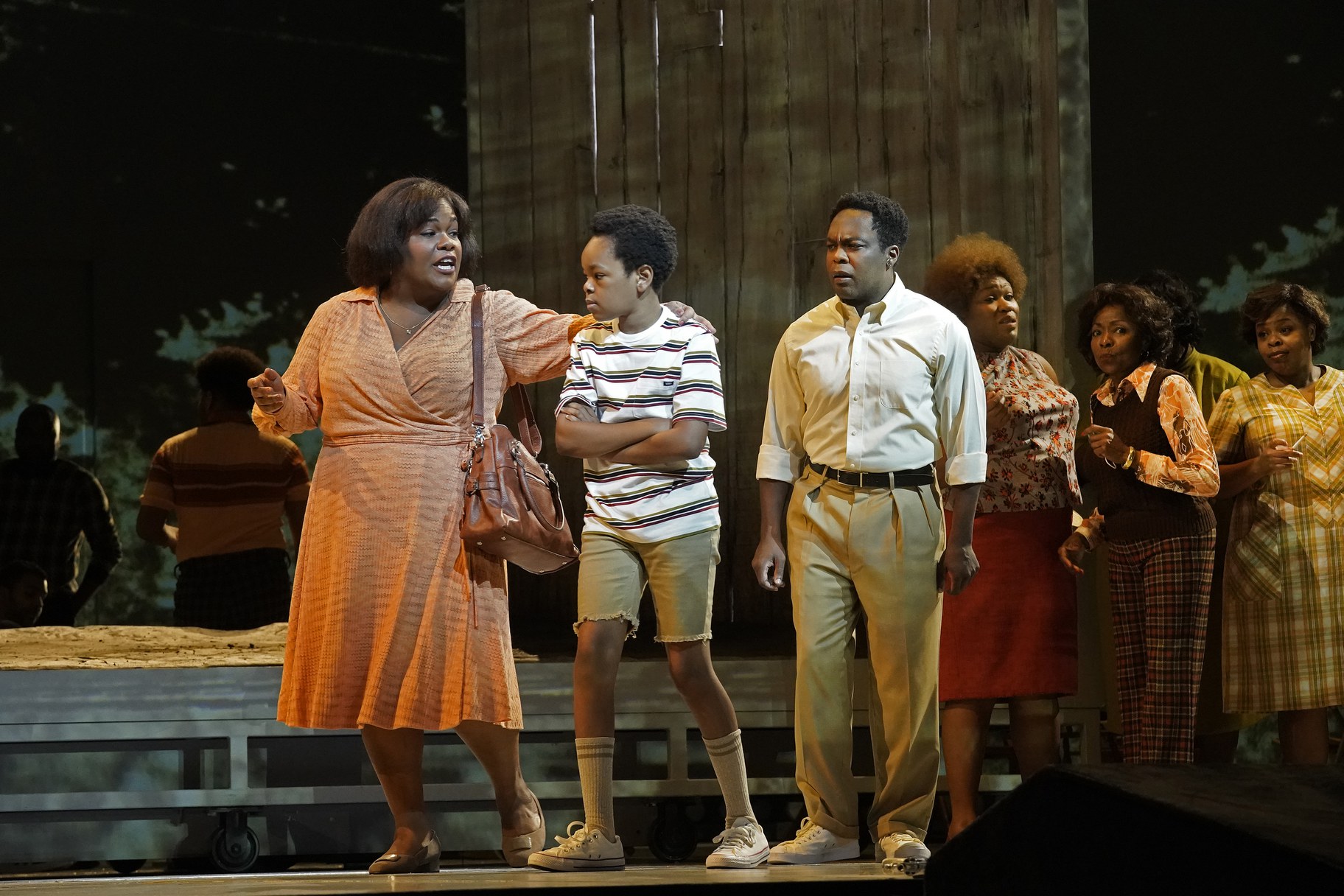 Central to the show is the idea of “peculiar grace,” a term coined by Blow during the production of the show. “It means somebody who's a little different, but is carrying themselves in such a way that's honorable, graceful and peaceful. Sometimes you may do things, and you may feel things that go against the status quo. But that doesn't mean that they're wrong. You have to follow your heart and follow your dreams, and allow them to also show you the way and educate you.”

While working on “Fire Shut Up in My Bones,” Blanchard says he could see himself in Blow’s story and upbringing in the South.

“While there's a strong sense of family life, there's a lot of things within that family life that people don't talk about. While there's a strong sense of community, sometimes you have to find your own way because that community can stifle you, not in an intentional way. But you have to be strong and stick to your guns,” he says. “One of the things that I always said when I was a kid growing up, I was just too ignorant to know any better. I just felt that I needed to do something.”

He adds, “There's a beauty and the simplicity of Southern life, of just being honest about what it is you love and not trying to aspire to something that's out of reach. But at the same time … while you learn how to be content, there's a burning desire inside of you to want more, and you don't know exactly what that is. But art and music has really helped me to take that journey through life and learn more about myself.” 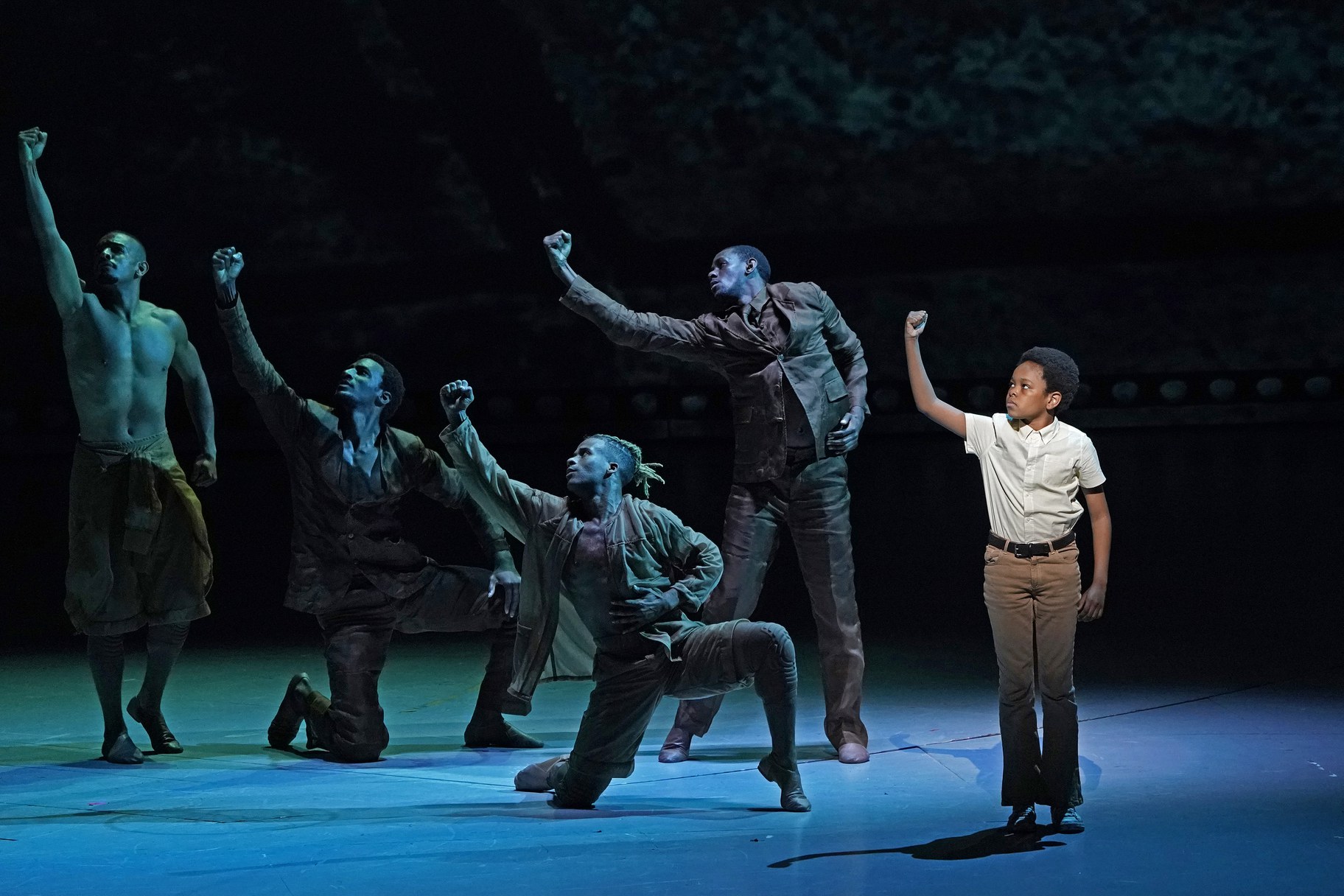 Walter Russell III plays Char'es-Baby in a scene from Terence Blanchard's "Fire Shut Up in My Bones." Photo by Ken Howard / Met Opera.

Despite loving music, Blanchard points out that he almost accidentally ventured into the world of opera. His own father loved opera, but as a kid, he couldn’t stand it. “My dad would play those records so much. Whenever he would start playing them, you would hear doors slamming in the house. … Me and my mom were talking one day and we were saying, ‘Boy, if my father was around, we'd have to chain him to a seat to keep him off the stage. He would be so eager to be a part of the production. He loved opera so much. And I know he's up in heaven looking down and telling me, ‘I told you.’” 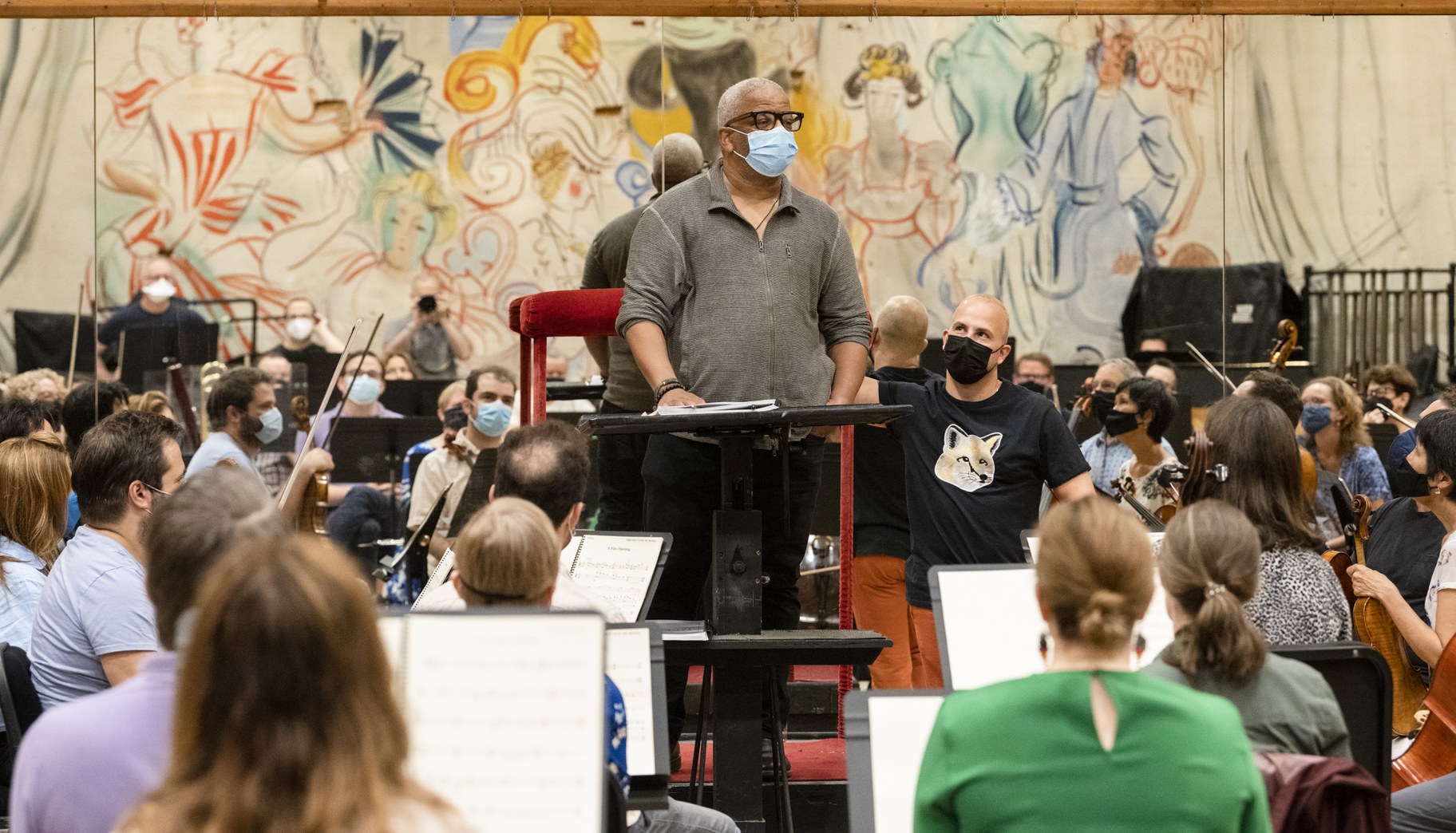 Composer Terence Blanchard (with Metropolitan Opera music director Yannick Nézet-Séguin) spoke to the Met Orchestra before a rehearsal of his "Fire Shut Up in My Bones." Photo by Jonathan Tichler / Met Opera.