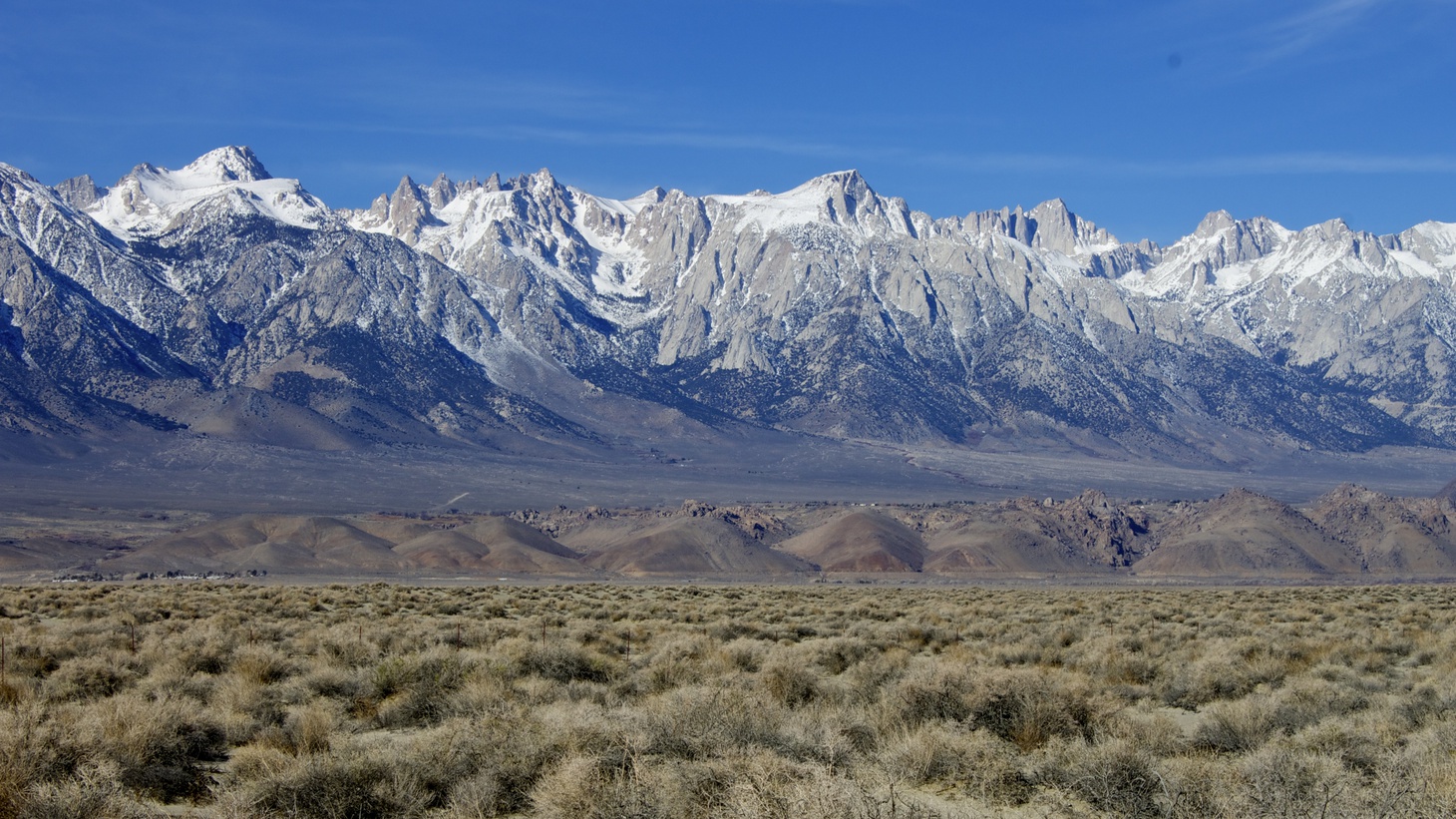 The Sierra snowpack, which provides water to California, sits at 38% of its average, according to the California Department of Water Resources. Photo by Shutterstock.

Record temperatures are expected to hit California starting Thursday — right as details emerge about the megadrought ailing the state. As it turns out, the western United States is the driest it's ever been in at least 1200 years, according to a UCLA analysis.

California’s Sierra snowpack sits at just 38% of its average, which spells trouble for the amount of water the state will have access to this year, says Andrew J. Schwartz. He’s the lead scientist and station manager at University of California, Berkeley’s Central Sierra Snow Lab.

“It's a clear signal that we're going to be in another drought year unfortunately, and that our conservation of water really needs to ramp up,” he explains. “That means that our [snow] melt is also about a month ahead of schedule. And so that means that we have an extra month of drying of our forests and underbrush, before peak fire season occurs.”

Schwartz predicts that mandatory water restriction will be on the way and could save Californians from future headaches. He compares the situation to the Australian millennium drought, where potable water was often delivered by trucks after reservoirs had dried up.

“That could very well be in the cards for California and could be in our future. And even if it's not, we need to prepare like it is so that in a best case scenario, we just wind up with an abundance of water. And in a worst case scenario, we've conserved enough to help us move forward.”

Schwartz says that the need for more water as California’s population increases, combined with climate change, might push the state to look for other sources of water, such as desalination or new pipelines.

He admits that desalination is a costly and time-consuming type of infrastructure to build, but could be a definite option at this stage of drought. However, the process comes with its own set of environmental challenges.

“There has been some very successful implementation in Australia where they do deal with these types of weather whiplash extremes. A lot of the cities around Australia run their plant in a background state, so they're not costly to get started if they sit empty for a while. But there is another question with those, and that's how do you dispose of all the salt that's being removed?”

He adds that a neutral agency must study the agricultural sector’s use of water: “We do have to look ... [at] how much is being wasted versus how much is actually needed. That's not to say that agriculture shouldn't get any water or maybe even that it should be reduced. But there does need to be a very close examination of how much water is being used by all sectors, and how we can do a better job of proportioning it and sending it out to the people that need it the most.”

As CA enters heat wave, snowpack is a fraction of what it should be

The western United States is the driest it has been in at least 1200 years. How can California mitigate drought conditions?

Hot pot: Flavorful broth is meant for sharing and customizing

Hot pot, is about cooking raw ingredients in a shared pot of flavorful broth. It’s a low-stress way of meal prep — only the broth is made in advance.

The LA Lakers aren’t heading to the NBA playoffs. But at least Dodgers baseball is almost here, and manager Dave Roberts is confident his team will win the World Series.

The mass shooting at Sandy Hook Elementary School birthed an online community hostile to reality, one that fed off itself despite evidence to the contrary. That’s according...