A person sits alone on a bench. A new project called Dear Loneliness collects letters, artwork, and social media posts about how people are experiencing loneliness around the world. Photo credit: Melk Hagelslag/CC 2.0, via Pixabay

Even before the pandemic, three in five Americans were lonely. That’s according to a survey that the health insurer Cigna released in January.

To get a sense of what these people were feeling, three students began collecting letters, artwork, and social media posts all about loneliness. They’ve gathered 35,000 messages since March, when COVID-19 struck. Their project is called Dear Loneliness.

KCRW: Carissa, the idea for this came from your own life and family. Tell us about that.

Carissa Chen: “I grew up moving around a lot. I lived in eight different  places and always changed schools. So I was always the new kid at school. So I definitely understood what it felt like to be lonely growing up.

But one of the things that I found which helped me the most when I felt the most lonely — was telling other people how I felt. Just saying, ‘Yeah, I'm feeling kind of lonely right now.’ And turning to writing. So I read a lot of poetry and short stories, and those really helped me express what I feel.

I'm the daughter of a single mother who's an immigrant. And she struggles with her house a lot. So she's not really allowed to go outside, and it's sometimes hard for her to connect with other people. And so I kind of wanted to show her that it's okay to admit that you're feeling lonely and that if you write towards it, you'll find other people who feel the same way.”

It sounds like you grew up in a household with just your mom.

Carissa Chen: “Yeah, definitely. A small household, but it's one filled with love.” 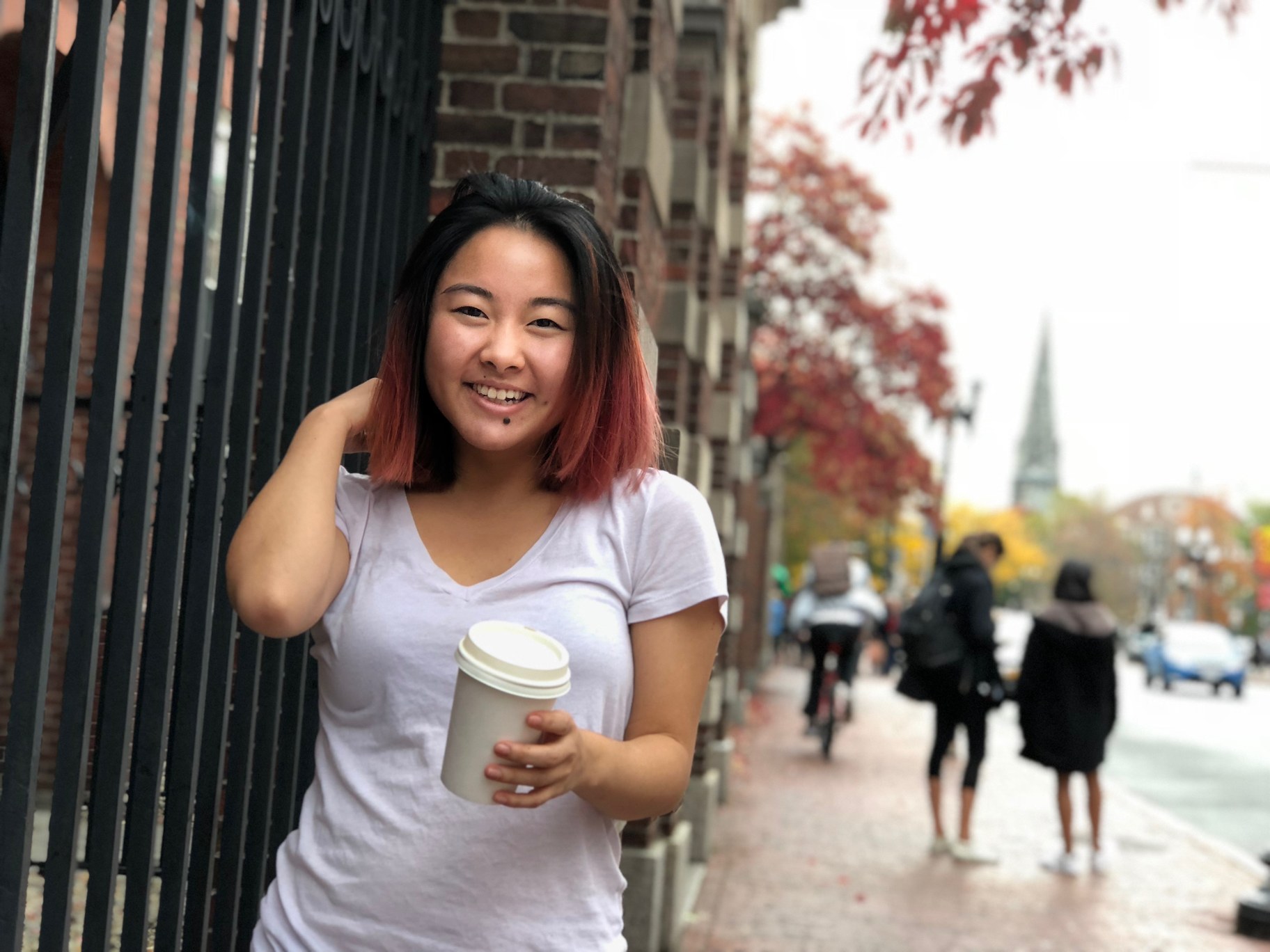 When Carissa Chen was growing up, what helped her when she felt lonely was telling people how she felt and turning to writing. Photo courtesy of Carissa Chen.

Did you start talking about it with Jessica at Harvard?

Carissa Chen: “Yeah. So Jessica is an amazing poet and just an amazing friend. I've been thinking about loneliness for a while. And at the beginning of the pandemic, Jessica and Sarah reached out to me … started this incredible new literary arts journal called EX/POST. And they were interested in kind of understanding what we could do about loneliness. And so we began talking about what we could imagine existing in the world.

… They kind of immediately started making a website, and it just kind of kept going. And it's kind of amazing to see how far it's come from the first idea that we had on a Zoom call back in March.”

What initially inspired you to create this project though?

Carissa Chen: “I think it was definitely the realization that the pandemic had begun and that I had been feeling lonely for a while. And I'd seen how it had affected people I knew. But I could imagine how it was spreading to other people who otherwise might not have been able to express that. And so as the pandemic began, it just kind of was this turning point where we realized, ‘Hey, this loneliness is not just something that we experience. It’s going to affect more people. Let's speak to the moment and let's do what we can during this honestly horrible time in history to share some language with other people.’”

Jessica, what kinds of messages are you’re receiving? Where do they come from?

Jessica Lao: “It's coming from everywhere. … We've had letters all the way from Nepal to like Cyprus, certainly a lot from the U.S. … Most are actual letters written. … There are also a few art pieces. … Someone submitted a music video. … It's usually a range of creative expression.” 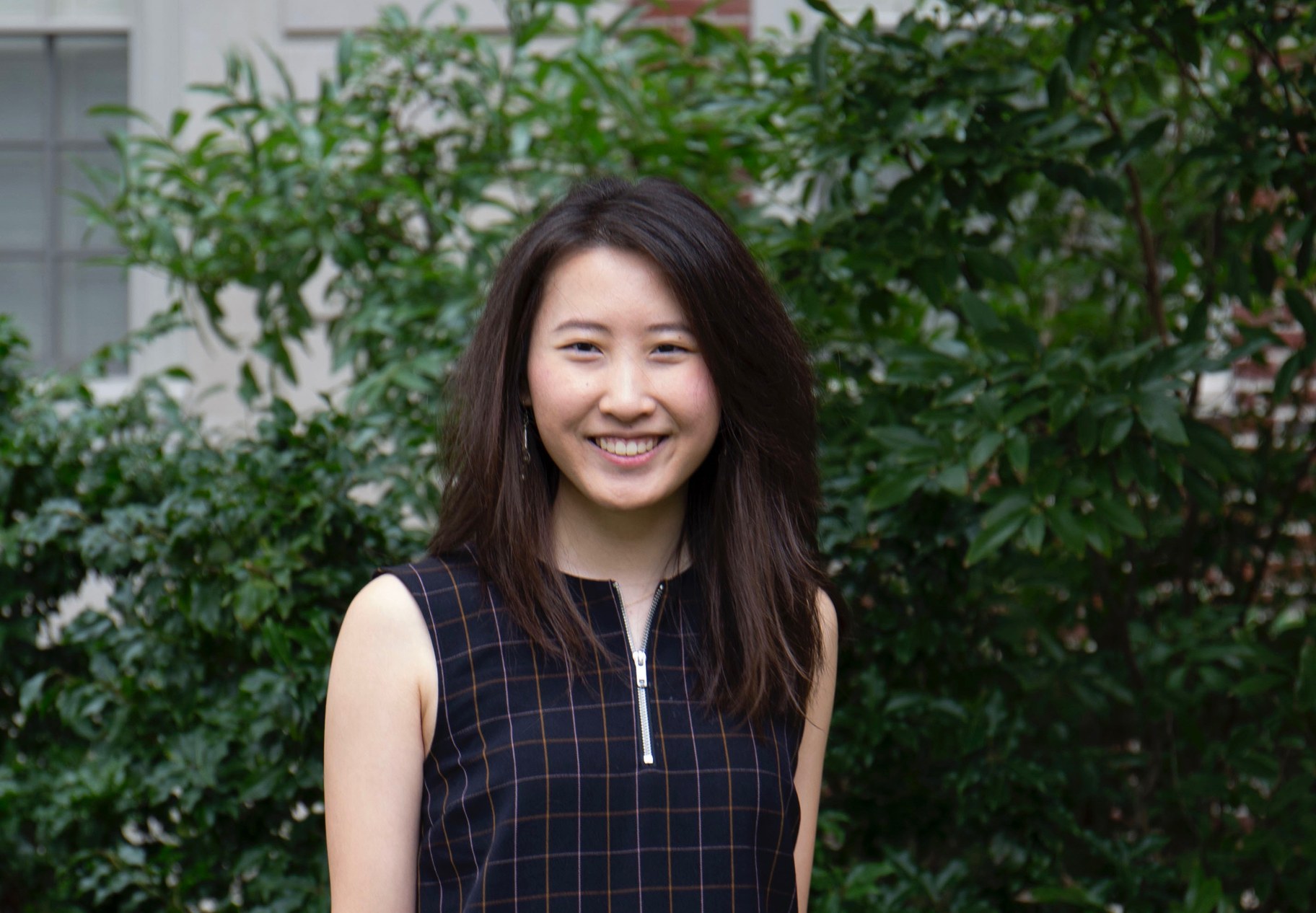 Harvard student Jessica Lao says the Dear Loneliness project has collected submissions from all over the world, including Nepal, Cyprus, and the U.S. Photo courtesy of Jessica Lao

Sarah, what’s a letter that you felt was particularly affecting?

Sarah Lao: “I've read through most of the letters by now, and one that really stuck with me was one that came in pretty early, right when we opened up, from this boy named Rowan, a 14 year old in the UK. And it was two pages long, really small handwriting, and I struggled to read through it. But it was very, very moving about his experience with online classes, Zooms, the experience of seeing so many isolated faces.

And then also about music. For some reason, a lot of our letters are about sounds, both music and silence, and the normal sounds in your rooms. So it was talking about the breaks in between each track, and how all the loneliness floods in during those few seconds of silence. It's talking about silence during the dinner table. And it's really very deep and moving, especially from a young perspective.”

Is it just young people contributing, or older people too?

Sarah Lao: “Definitely older people too. I think our youngest was probably around 11 years old, maybe a little younger. But our oldest is around in the 70s.”

Carissa, what are the main themes? What's causing this loneliness?

Carissa Chen: “I think loneliness … is an epidemic the same way any other disease is. And I think it's an epidemic in the way we approach the world and how we think of our position within it.

In particular, I think the reason why it's so hard is because we struggle to truly say what we feel. It's hard in this world sometimes, honestly, just to be vulnerable, and to be yourself and to say that you're struggling.

And so I think the reason why Dear Loneliness means a lot to all three of us who started it is that it's really about giving people the space, that if they have a moment, if they want to know that they can be heard, and that their pain is carried by other people as well. We can see it online, and you can hopefully see it someday in the future as well in a more physical form.”

You have a letter from a young woman from Germany. Can you can share that?

Carissa Chen: “This is by Murielle who's 24 and she's from Berlin, Germany. … It begins like this: ‘Dear loneliness, you take on many faces. You're the sound of sitcom laughter echoing from my bed through the long hallway. The volume’s so high, I can hear every word in the kitchen; you are me drowning out the silence. You're the violent spinning of my washing machine. You're the dut, dut, dut that greets me when mom, brother, dad or friend do not pick up.”

from Murielle, 24 in Berlin, Germany

Jessica, what have you learned from this project?

Jessica Lao: “I actually personally didn't have a psych background. And so this has also been really eye-opening from an academic standpoint. It was something we wanted to help with early on, that maybe this could be saved as a historical record or something like that.

… It's just so universal, like we'll get messages from India and the UK, and they say almost exact same thing [sic].

… A trend we've seen is that so many of the letters, although we intended this partly to be a historical capsule, aren't actually about COVID. There are some comments about racism or other current events. But a lot are just about the constant monotony of life or a struggle that they haven't spoken aloud for decades.”

It’s surprising that not a lot of messages are about COVID because it seems to dominate all of our lives right now. Sarah, what about you? What have you learned doing this project?

Sarah Lao: “I think loneliness … everyone experiences it in a different way.” 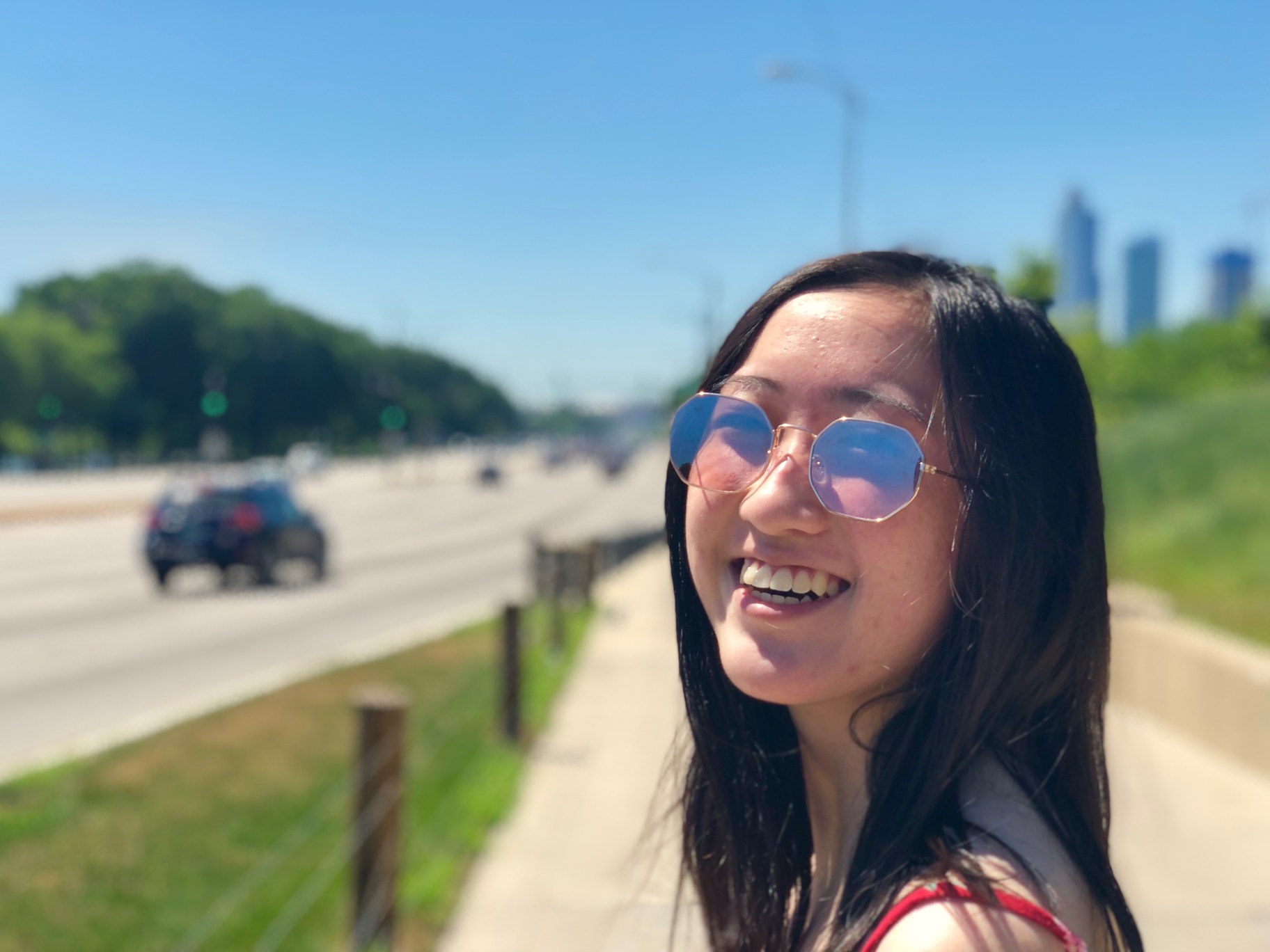 Carissa, do you think that loneliness is chronic? It’s something people will experience their whole lives?

Carissa Chen: “It's chronic in a sense that it's a part of the human condition. Like no matter who you are, no matter how many friends [you have], no matter where you are in the world, at some moment, loneliness … you'll feel in a small moment.

I think the challenging thing is when you see the statistics about how it's growing more and more … that means that there's something within our culture and with the way that we communicate with each other that needs to be addressed.”

When people feel lonely or desperate, they might pick up their phones and district themselves with social media, but that might be exacerbating the problem.

Carissa Chen: “Yeah, absolutely. It's something that's actually really interesting. So during the pandemic, I created an Instagram because I'm actually not a huge social media user, despite my generation. But I created an Instagram, and initially I found it really suffocating because there's things that you're supposed to put online, you're supposed to put pictures that are pretty and things like that.

But I changed my Instagram settings so that it was just like my 15 closest friends, and I was posting things that were more honest about how I’m feeling, posting my writing and my art. And I found that … it can be a form of genuine connection. As much as social media is harmful, if you approach it with a different perspective than you're used to, sometimes you can find that it can connect you even deeper than you expected.”