The public comment session held by the U.S Bureau of Land Management will end on June Photo Credit: Nico Navarro

“It’s just unacceptable to me,” said Arden Day from the Center for Biological Diversity. “I’m praying that there’s some effect that it might have on the people that are pretending that we’re not harming the earth.”

Day was joined by about 50 other citizens who also officially spoke out against more permits for hydraulic extraction in Southern California counties, including Santa Barbara and Ventura. 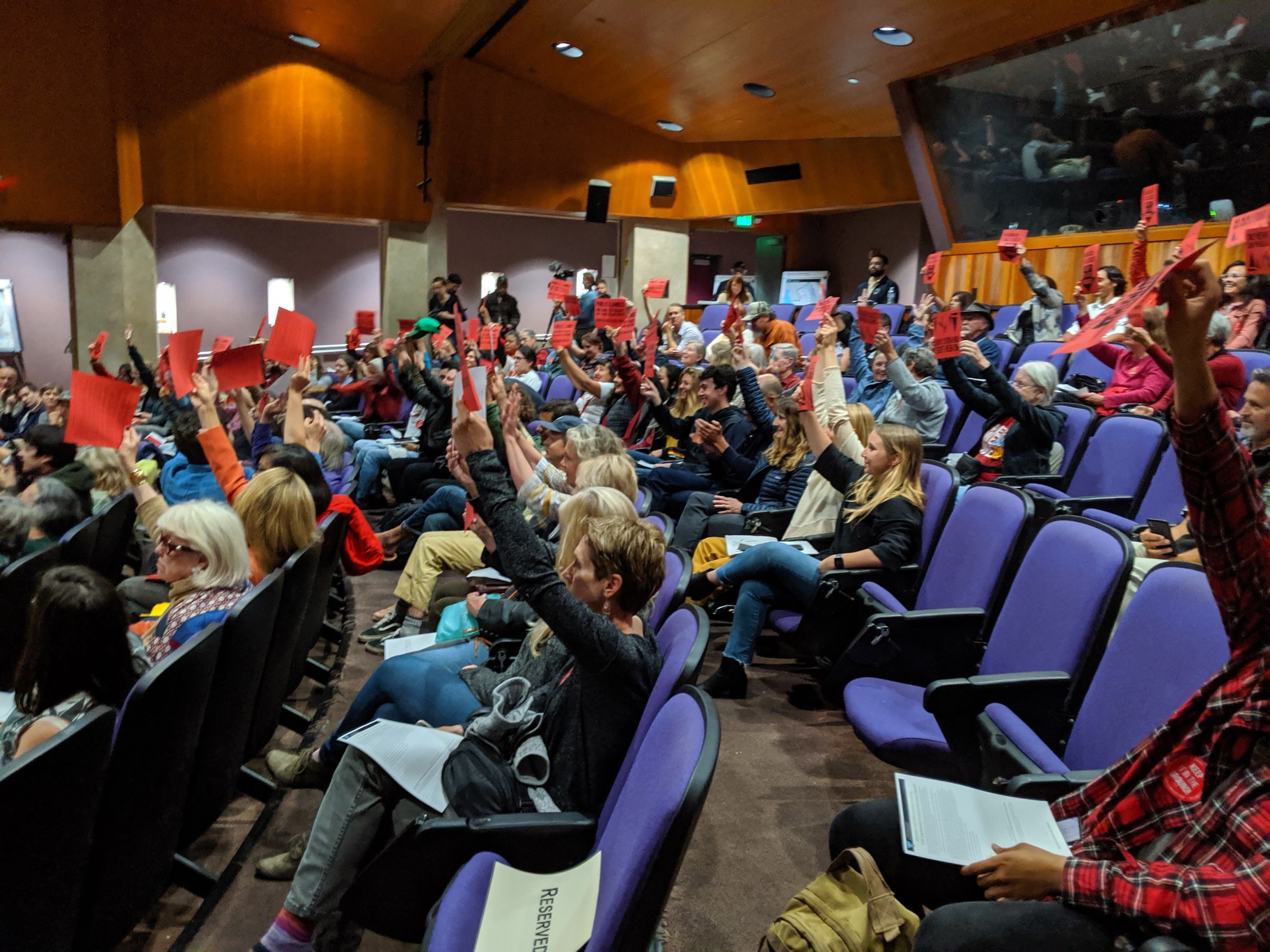 However, Chris Collier of a business coalition, supports fracking “I’d like to say we’re pleased that after five years the process has worked,” he said.“The federal government has reaffirmed that hydraulic fracturing is a safe method of production in California.”

The public comment period ends June 10 and the final environmental evaluations will be made public in September.