Santa Claus didn't start living at the North Pole until the 1920's, but American children were writing him letters long before that, and there lies a tale.

Santa Claus began to evolve in the 1850's and, by 1900, newspapers were printing the letters of children reporting their good behavior and asking for modest gifts. The Post Office would throw them away until charities demanded the chance to answer them — and deliver gifts or even raise money. In 1913, a man named John Gluck started the first Santa Claus Association. Alex Palmer has written about him in The Santa Claus Man: The Rise and Fall of a Jazz Age Con Man and the Invention of Christmas in New York. 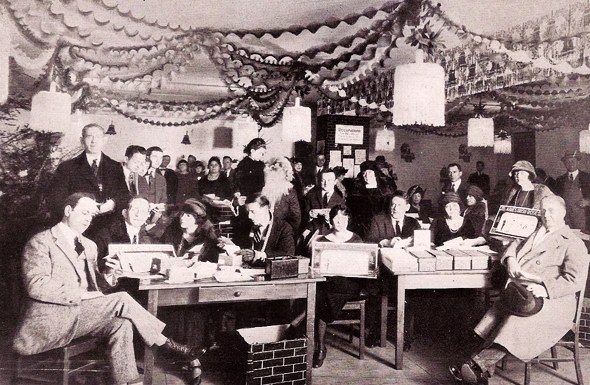 The "secretarial room" of the Knickerbocker Headquarters of the Santa Claus Association.

Amazon: The "Everything Store" and the Changing Economy

On one of the busiest days, the West Coast's busiest airport is opening up to the ride-sharing service. Starting today, LA International Airport will allow Lyft to pick up...

The "Everything Store" and the Changing Economy

As another holiday season reaches a frenzied climax, more American shopping takes place on line than ever before. Amazon, the major force in e-commerce, is leaving Best Buy,...

Santa Claus didn't start living at the North Pole until the 1920's, but American children were writing him letters long before that, and there lies a tale.