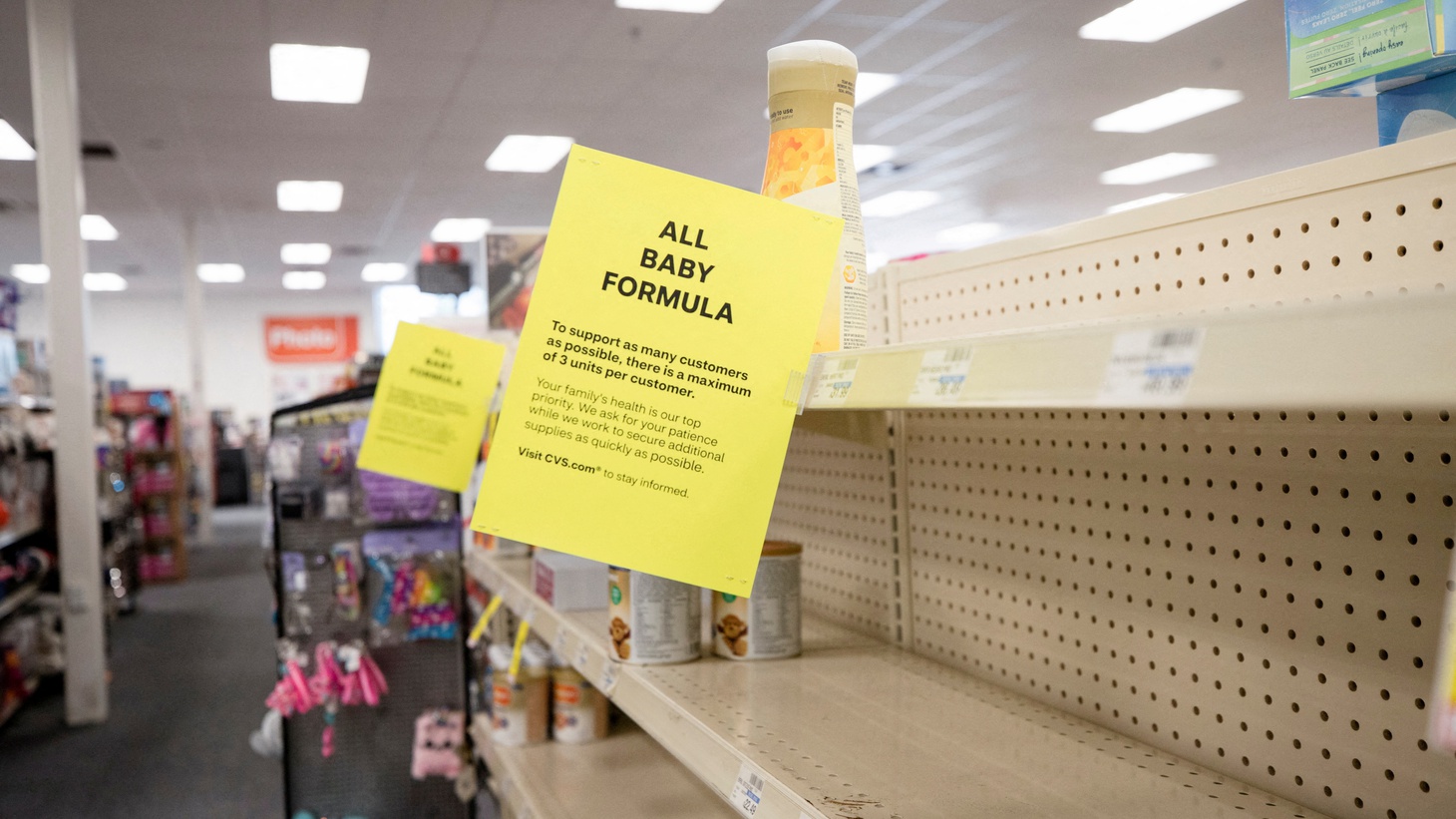 Empty shelves show a shortage of baby formula at a CVS store in San Antonio, Texas, U.S. May 10, 2022. Photo by Kaylee Greenlee Beal/Reuters.

The baby formula shortage is still pushing parents into a frenzy even after President Biden invoked the Defense Production Act to address it.

Under the 1950s law, the federal government mandates key ingredients of baby formula, requires suppliers to provide them to manufacturers, and even to use military aircraft to import formula from abroad. A bipartisan group of lawmakers had called on the president to invoke it.

But Washington Post Columnist Alyssa Rosenberg tells KCRW that the government has been indifferent to a crisis that began early in the COVID pandemic.

“If babies were a national priority,” Rosenberg says, “there would have been an all-out, publicly-advertised, coordinated effort to make sure American kids had enough safe food to eat.”

As noted in her recent Washington Post op-ed, Rosenberg says despite the dire situation, the most vulnerable citizens are an “afterthought in American politics.”

In fact, nearly 200 Republicans voted against a bill to ease the shortage, just a day after Biden invoked the Defense Production Act as GOP leaders demanded.

Sarah Miller, executive director of the American Economic Liberties Project, says this food emergency is just another example of what she calls a 40-year experiment in “neoliberal, libertarian” thinking that reveals a lack of competition in the U.S. economy.

“The crisis in baby formula has also just really illuminated how dangerous it is to allow one or two dominant companies to control a market,” says Miller.

Also on “To the Point,” Warren Olney talks with Norm Eisen about his new book, “Overcoming Trumpery: How to Restore Ethics, the Rule of Law, and Democracy.” Eisen was President Obama’s ethics czar, and special counsel to the House Judiciary Committee during President Trump’s first impeachment.

“It may have looked random, ad hoc, reactive, chaotic, but there actually was a method to the madness, and that is ‘Trumpery.’” Eisen says.

Eisen and other writers identify seven deadly sins during the Trump administration, including disdain for ethics, assault on the rule of law, and an attack on democracy itself.

“‘Trumpery’ didn't end with Trump. It's burning across the country,” Eisen says.

Eisen calls the book a roadmap for ethics reform in all three branches of government at the state and federal levels.