After Columbine, Virginia Tech, Aurora, Tucson, Sandy Hook Charleston, San Bernardino — and now Orlando -- the families of victims visit Washington to lobby for gun control. Almost a ritual, the outcome is always the same. This week, in the aftermath of Orlando, four gun control measures died in the Senate. 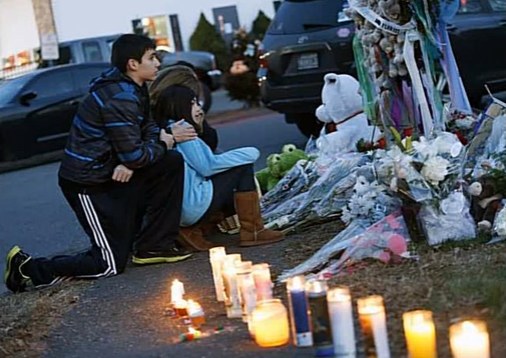 Erica Smegielski, an advocate with the nonprofit Everytown for Gun Safety, is an advocate who was disappointed again. She's the daughter of Dawn Hochsprung, the Principal of Sandy Hook Elementary, who was killed along five other adults and 20 first graders.

Brits Prepare to Vote on Brexit

In May, Donald Trump tweeted, "Good news is that my campaign has perhaps more cash than any campaign in the history of politics." The latest Federal Election Commission...

The "Brexit" Campaign Comes Down to the Wire

The much-anticipated vote on British Exit from the European Union is scheduled for Thursday. Prime Minister David Cameron used stark terms today to describe the consequences...