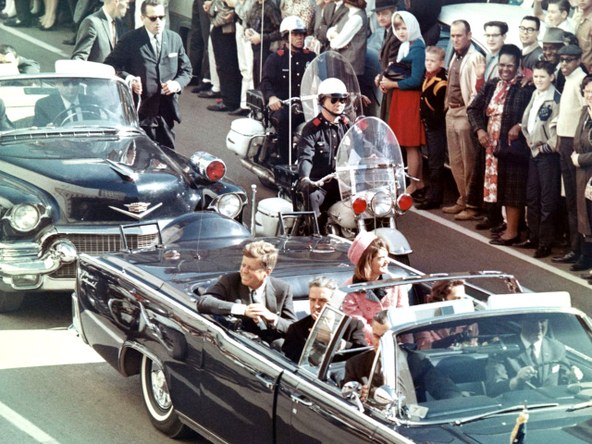 Picture of President Kennedy in the limousine in Dallas, Texas, on Main Street,
minutes before the assassination, November 22, 1963.
Photo by Walt Cisco/Dallas Morning News

It's been fifty-three years and 11 months since President John F. Kennedy was gunned down in Dallas, but not all the relevant documents have been released. Oliver Stone's film JFK, released in 1991, is among the reasons conspiracy theories have been kept alive.

Tim Naftali is a presidential historian and professor at New York University today is at the Kennedy Presidential Library in Boston. Naftali says that the release of documents will tell us more about our fascination with conspiracies than any "Oswald conspiracy." Can a defeated ISIS keep its brand alive?

The House passed a budget today already approved by the Senate. If the President signs off, it will pave the way to consideration of massive tax cuts. But Speaker Paul Ryan...

Can a defeated ISIS keep its brand alive?

In less than three years, the Islamic State extended its so-called Caliphate in Syria and Iraq to cover some eight million people. Now, Kurdish and Arab militias, advised by...

Picture of President Kennedy in the limousine in Dallas, Texas, on Main Street, minutes before the assassination, November 22, 1963.