Last June, Elon Musk and Space X suffered a major loss when a Falcon 9 rocket exploded just after launch. Yesterday, it was a very different story.

Workers at the Space X Factory in Southern California cheered as they watched something that NASA's never even attempted. After a Falcon 9 rocket was launched into space, the massive first stage was slowed down… its course was reversed, and it was landed vertically at the launch site in Florida. Phil Plait says his heart was pounding. He's an astronomer who writes the "Bad Astronomy" blog for Slate. 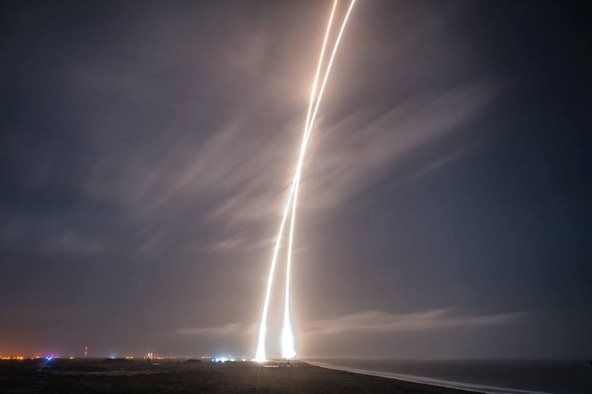 Can Big Data and Sensors Make Cities Smarter and Safer?

Iraqi soldiers, police officers and Sunni tribesmen have reportedly battled their way to the center of Ramadi, a major city that's been under the control of the Islamic...

The Pros and Cons of "Smart Cities"

Last June, Elon Musk and Space X suffered a major loss when a Falcon 9 rocket exploded just after launch. Yesterday, it was a very different story.