Iranians, Pakistanis and Moroccans are among those trapped in a migrant bottleneck since Europe abruptly changed the rules for admission. Until two weeks ago, anybody who survived the trip from Turkey up through Balkans was allowed to migrate the rest of the way into Europe. That’s still possible for refugees from Syria, Iraq and Afghanistan. For everyone else, the door has been slammed shut on the border between Greece and Macedonia. 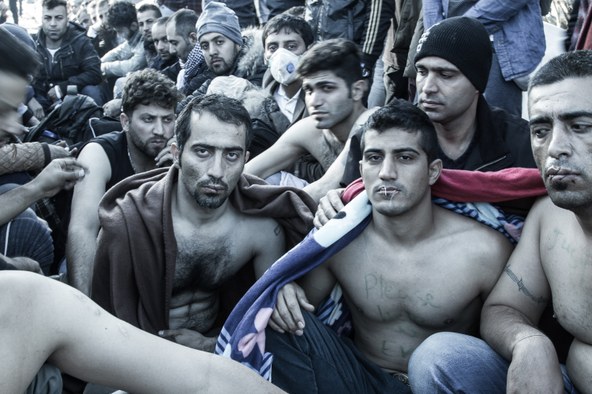 There, reporter Scott Carrier found a hellish camp, where he talked to a man from Iran. Scott Carrier is a contributor to This American Life and has won a Peabody Award for reports from the US-Mexican border. His podcast is called, Home of the Brave.

Pentagon to Send Expeditionary Force to Iraq to Fight ISIS

In the wake of the ISIS attacks on Paris, Defense Secretary Ash Carter today announced a new specialized expeditionary force for Iraq and possibly for Syria. "These special...

Is It Time to Reform Education Reform… Again?

It could be a rare compromise in a sharply divided Congress. Democrats and Republicans want to get rid of No Child Left Behind . The likely replacement would be called...

Iranians, Pakistanis and Moroccans are among those trapped in a migrant bottleneck since Europe abruptly changed the rules for admission. Until two weeks ago, anybody who...

END_OF_DOCUMENT_TOKEN_TO_BE_REPLACED
KCRW’s Season of Giving Back – We know there are so many worthy causes deserving of your support at this time of year but we hope KCRW is on your list.