Bangladesh split from Pakistan in 1971 to become a secular democracy. Three years ago, there were mass protests against the increased presence of religion in politics. Since then, some protest organizers and others have been murdered — most often by machete blows to the backs of their necks. Secular bloggers, gay rights activists and others are terrified. Many have left the country or gone into hiding. Now the chief police investigator has told the New York Times the killings are the systematic work of two well-organized Islamic terrorist groups. 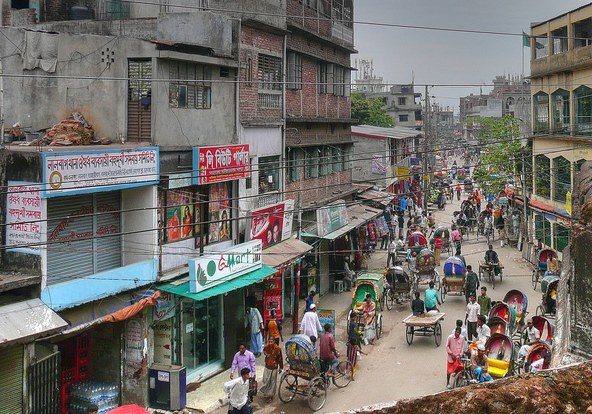 After a White House visit today, Democrat Bernie Sanders thanked the President and the Vice President for remaining "impartial" and said he'll do whatever he can to...

Surrogates for Donald Trump claim he's no racist, but his attack on a federal judge with Mexican ancestors was the last straw for many Republicans. Some GOP Senators are...

Bangladesh split from Pakistan in 1971 to become a secular democracy. Three years ago, there were mass protests against the increased presence of religion in politics. Since...